The idea for the Building Men Program came, in part, from a book.

Joe Horan, the program’s founder, was running an intramural basketball program at Levy Middle School when he read “Season of Life,” a book about former NFL player Joe Ehrmann. That led to an epiphany, and the intramural program soon evolved into the first chapter of the Building Men Program.

“I liked how he infused character into his football team that he coached, so I started to infuse character talks and different things like that into the program,” Horan says. “I have just been blessed with amazing men that have been in and out of the Building Men Program for the last 14 years. Each person has left a little footprint.”

Since the creation of the program in 2006, it has expanded to include eight middle schools and five high schools in the Syracuse City School District (and Horan isn’t ruling out more expansion in the future). He said that over 200 students participated in the program during the 2018-19 school year. 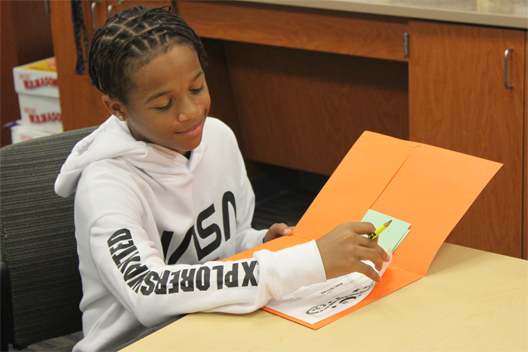 When creating the Building Men Program, Horan says he had two goals in mind: to help local boys find their purpose in life and to help them stay away from negative influences. “We want them to make a connection with what’s there in the heart, their passion to education,” he says. “We want to help them make a plan to get to that passion, and along the way, we teach them the importance of having integrity and building relationships…We don’t have a magic pill, we don’t have any magic potion. Our staff just loves and loves the boys to the point where we try to get them to see that their greatness and their passion are important and we need to work together towards that.”

The Building Men Program holds a variety of events throughout the year, including college trips, a basketball tournament, leadership days and a “rite of passage” ceremony. The program also stresses involvement in the community, and has partnered with the Vera House to hold a Men of Strength Club, where Horan says they “talk to the boys about healthy masculinity.”

In September of 2016, following an initiative by former president Barack Obama in 2014, the Building Men Program received a grant from New York State called My Brother’s Keeper. It has allowed them, among other things, to receive more funding for transportation and to send two My Brother’s Keeper Fellows to Albany for additional training and leadership opportunities (and they will get to select four more fellows this year). But Horan is hoping the impacts of the grant will stretch beyond the Building Men Program and the Syracuse City School District, and lead to more collaboration with resources and services in the community. 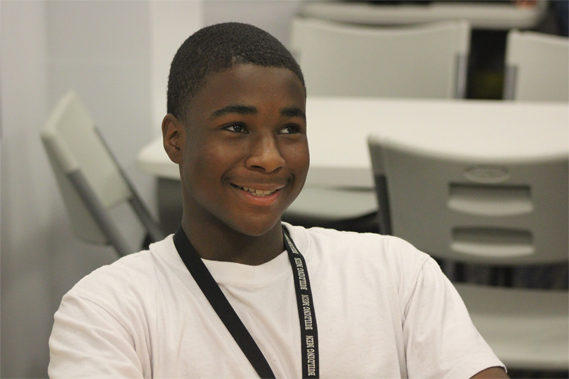 “The mayor and superintendent both signed that Syracuse is a My Brother’s Keeper community, and we had a conversation on July 27 where we got about 100 people together,” Horan says. “We’re in the process of getting that ball rolling, and I think that’s just going to help our community and help these kids because they’re amazing, they just need the opportunities to become successful.”

“Building Men has brought out a better character in me that I never knew I had. It also made more social, not with just people I know, but with the community.”

“Building Men is a program that I have been a part of for the last five years. It has taught me how to carry myself as a man, how to give respect before earning it, and above all else, a strong sense of brotherhood due to the program’s values.”

“Building Men is a program where we learn to build bonds, bonds not just with each other but with our community and the rest of the society.”

Let’s Get Together: Remaking classrooms so all students are included
Discovering Her Voice: Teen singer/songwriter flourishes in local spotlight
To Top