Pregnant women in the United States have a nearly 1 in 3 chance of having their baby by cesarean section.

Given that no one can be in complete control of her birthing experience, you can take steps in the prenatal months toward having a non-surgical labor and delivery. If the unexpected happens—or expected, if you plan your cesarean ahead of time—there are ways to ensure that you and baby bond beautifully, even in the operating room.

Syracuse mother Leila Dean had hoped to have a natural childbirth experience. She and her husband attended childbirth classes before her due date and educated themselves on labor and vaginal delivery. But their plans were not to be.

“I was almost a week late, and I was induced and was in labor for like 40 hours before they finally said, ‘Okay, the baby’s in distress, it’s time to have a C-section.’”

Her baby, born healthy, is now a teenager. Dean admits to feeling angry that her health care providers made her wait so long before deciding a surgical birth was necessary. Recovery time was tough. “Very painful and frustrating,” she said. “And to this day, I’m really upset about what it did to my body.”

“Anytime there’s major surgery, there’s a delay in recovery,” he said. “You have a baby and you’re trying to breastfeed and you’re recovering from a major incision; you’re uncomfortable, but there’s no room for recovery because you have to be a mother at the same time.” 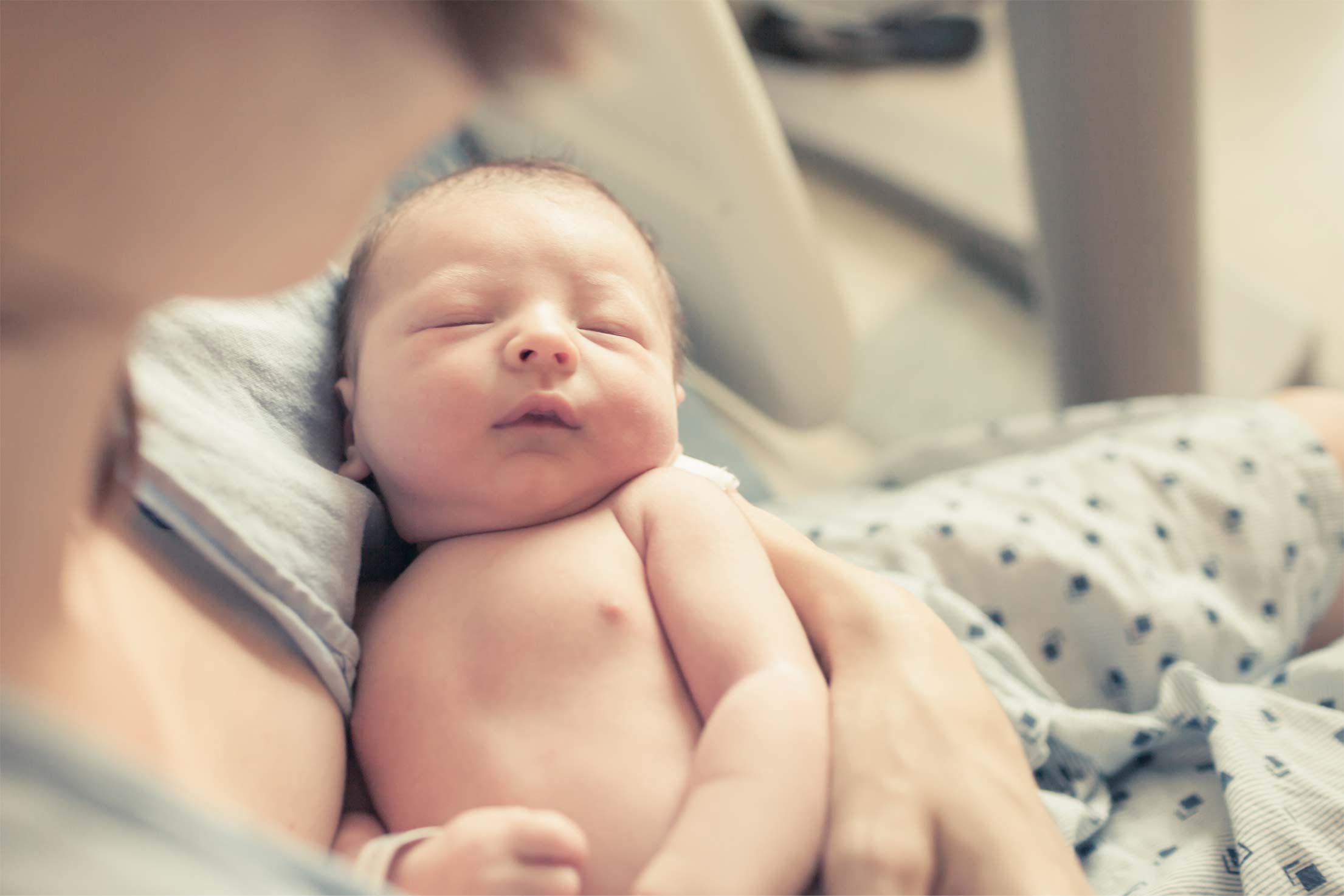 Over the years he practiced obstetrics, Waldman says he advocated for his patients to take the lead in decisions about their labor and delivery. “A patient-centered approach means the patients are educated and make their own choices going forward,” he explained.

Under his care, a woman in labor who did not plan on having a cesarean section would be encouraged to remain active, walk around, use hot tubs for pain relief, and avoid epidural anesthesia unless the pain became too great. “We encourage the woman to be as active and mobile as they can, and to try and take a natural path, to avoid the epidural”—anesthesia delivered to a woman’s lower body via a needle inserted near the membrane surrounding the spinal cord—”as long as they can, but if they need it, they can have it.”

According to the Centers for Disease Control and Prevention, the U.S. cesarean delivery rate increased in 2017, from 31.9 to 32.0 percent. The target cesarean rate established by the U.S. Office of Disease Prevention and Health Promotion (HealthyPeople.gov) for low-risk women with no prior caesarean births is 23.9 percent, a goal the office hopes will be reached in 2020.

Cesarean rates vary among hospitals and geographic locations. According to a January 2019 policy paper from the National Rural Health Association, for example, more and more rural women who face long travel distances to health care service providers are having C-sections.

A vaginal birth is much safer for women and babies in most cases. However a C-section may be the only safe alternative if the baby’s position in the womb is not optimal for vaginal birth, if the placenta is blocking the cervix or if other complications arise. In some cases, cesarean section delivery can save the life of mother or baby.

The most obvious benefits of planned C-sections are the lack of labor pain, lower anxiety or fear about labor, and less worry about the baby’s health. The risk of urinary incontinence, a common postpartum problem for women who deliver vaginally, may be reduced with cesarean section, according to an article in the Canadian Medical Association Journal.

But there are very real negative aftereffects associated with cesareans. “C-sections are invasive surgery,” Waldman said. “You can have severe complications during a C-section. Every once in a while you have a really severe problems with bleeding.”

Other complications can include a mother’s bad reaction to general anesthesia. As far as the baby’s future health is concerned, C-sections have been linked in medical studies to childhood obesity and asthma.

Childbirth educators and care providers are key in teaching pregnant women and their partners how to lessen the risk of a cesarean section. Chris Herrera, a certified birth doula, leads free monthly birth basics meetings. Doulas are non-clinical support professionals who assist women before, during and after childbirth.

“We have tips for low-intervention birth,” she said. “Anything that’s out of the spontaneous natural birth is considered an intervention, for instance, epidural or pain management. Even though it can benefit your labor, it may also negatively impact your labor.” 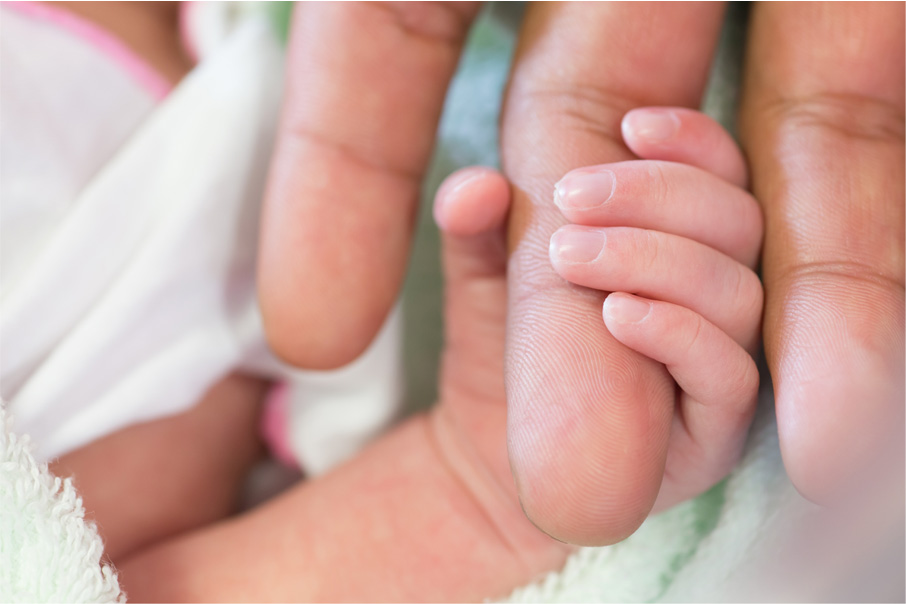 Herrera also teaches expectant mothers how to plan for what’s called a “gentle cesarean.” “We talk about different options they have to make it a more compassionate, family-centered cesarean.” A gentle C-section may occur after labor naturally begins and involves having support people like doulas, midwives and partners in the operating room when the baby is born. Women also have the option to bring the babies to their chests for skin-to-skin contact immediately after birth.

Doulas provide mothers with physical, mental and emotional support. Unlike midwives, they do not perform any medical tasks. Recent studies suggest doula assistance may reduce the incidence of cesareans, according to DONA International, the world’s largest doula certifying organization.

How do doulas help women avoid cesareans? “One is that physically we’re helping them get into different positions throughout the labor and helping them cope through the labor physically but also emotionally and mentally,” Herrera said.

Herrera recommends that the first step for pregnant women should be to educate themselves through childbirth classes on how natural birth progresses.

If you do end up giving birth by C-section, whether planned or unplanned, Leila Dean has a recommendation. “My biggest advice is to be patient with the healing process,” she said. “That was the hardest part about the whole thing for me.”

Calming Commotion: How to deal with car sickness and more
In Search of Sleep: 8 Strategies for coping with wakeful babies
To Top