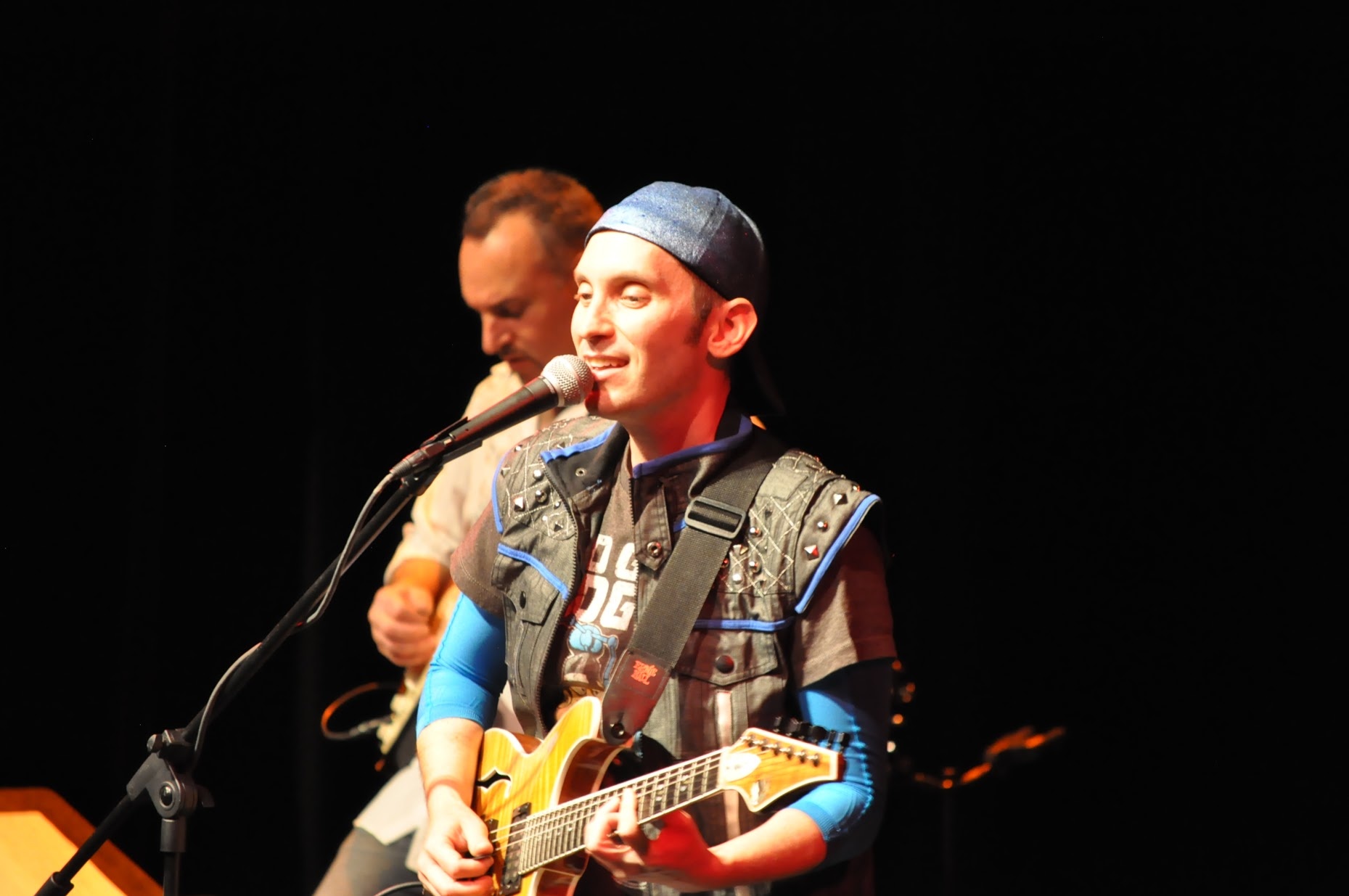 Children’s entertainer Riff Rockit (aka Evan Michael) and his band will be blasting into Central New York on June 22. He’ll take the stage at the free Leon Festival at Onondaga Lake Park at 7 p.m. (Leon—“Noel” spelled backward—celebrates the halfway-to-Christmas mark.)

The Berklee School of Music graduate, who has a degree in songwriting, spoke with Family Times by phone. Michael, whose alter ego is Riff Rockit, calls himself a “kindie rock” artist, meaning his performance highlights his original material for children age 10 and under. The songs he performs are positive and the show is energetic.

“Everything turns into a big party,” he said. “That’s what rock ’n’ roll was to me, so I hope families have a lot of fun.”

Despite performing here for the first time, the Florida-born musician does have ties to CNY. His father is a Syracuse University alumnus.

How old are you?

Evan Michael: We don’t really like to talk about that.

Are you based in Florida?

EM: I just moved from Los Angeles to Orlando.

How frequently do you tour?

EM: Not as much as I’d like to. It’s been an interesting ride. The number of shows varies. It’s not that kids don’t love it; every time we perform the kids seem to lose their minds in a good way. I’m glad the parents enjoy it, too.

Are you currently in Orlando
for a gig?

EM: I have training for dynamic neuromuscular stabilization in Orlando. I went to college for music, but I’m also a Gyrotonic and Pilates trainer.

I got into it because while portraying Riff Rockit I am required to play my guitar, sing and dance. It was necessary to start doing fitness that was more body conscious, especially for dancing. I didn’t grow up as a dancer. One thing led to another.

What started the Riff Rockit
concept?

EM: In my college years, kids’ music started to change. It wasn’t coming into the mainstream, and it was more than just Disney or Nickelodeon, but instead more independent artists. It was stuff I’d grown up listening to with a different vibe and more lyrically friendly for kids.

I have fond memories of going to concerts with my mom, and everything spurred from that. I also have a brother 10 years younger than me. He listened to everything I was into, which was rock and roll. I wanted to make a rock concert that was family friendly, where parents could have fun with their kids as opposed to watching their kids have fun.

I wanted to do something with the arts and wanted to inspire kids to play and have music a big part of their lives.

I also worked with people with Pee-wee’s Playhouse and The Simpsons for puppet and character design.

Is coming up with material difficult? Are there any topics, i.e. bullying, you’re focusing on now?

EM:  I did write a song about bullying a while ago, but people felt it was too dark. I didn’t think it was. But when producing entertainment for kids, people have a very different opinion about it. Throughout the country, people raise their kids differently, some more conservatively, not politically, but content-wise. But the song never got released. As a result, I focused on more positive things.

Plus, rock music can be a little aggressive at times. Although a song about anti-bullying can be empowering, it may not come across that way.

Profits you make off CDs and DVDs turn into charitable donations?

EM: I give to organizations that I think do good work and where the process isn’t as difficult to give them money.

I’m bringing up a bunch of CDs and DVDs, and I want to just give them away. But we’re going to set up a donation. The proceeds will benefit the local humane society. If people can’t afford to make a donation, it’s fine, they can still take one.

I’ll just give it to a place that gives to animals. I have my dog next to me (right now); she’s a Maltese mix adopted from the West LA Animal Shelter.

You were diagnosed with acute myeloid leukemia at 15 years old, and then it returned three years later.

EM: When I was first diagnosed, I didn’t really know what leukemia was. The only thing I really knew about it was from those machines where you inserted a quarter. It’s hard to go back. Obviously, I was scared. The stereotypes of being diagnosed and going through treatments are true, and there are really no words to convey how much it sucks.

How long was your battle?

EM:  For AML, I went through six treatments that were five to seven days long. You’re hit with a treatment, your immune system drops. When you get back to a certain level, they give you more medicine. It lasted roughly six months.

I was in remission for a couple years before relapsing at 18, which is when I had the bone marrow transplant. It’s a very long process. I think I was in the hospital around 42 days.

I was treated in Seattle, where they do reverse isolation. If you’re sick, if you have a cold, that’s when you’re isolated. If you don’t have a fever, you’re not kept in isolation.

What did you do to bide your time?

EM:  Guitar. (Laughs.) It was pre-internet days. There was AOL, but that’s not really exciting tech. I listened to a lot of music.

What can people expect from the show?

EM:  There are two looks for Riff Rockit. The show that will be in Syracuse will be the “street look”—standard clothing, but still semi-crazy.

This is the first I’m hearing this is a halfway-to-the-holidays show. (Laughs.) We do have a holiday song. … So sure, we can play that.

A Mindful Month: One Muslim family talks about observing Ramadan
The Grandparent Connection: Finding ways to stay close to grandkids
To Top