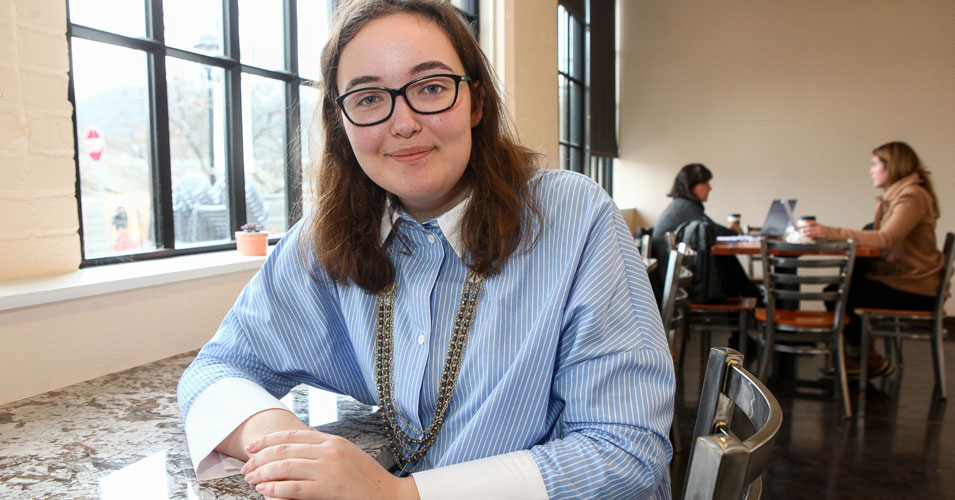 Graduating early from high school may sound like a daunting task, but one local student said as long as you’re willing to put in the work, it can be done.

I used to drink Dunkin’ Donuts coffee almost every morning on the way to high school. I haven’t drunk Dunkin’ Donuts in two months. That’s how dramatically my life has changed after graduating early from high school this year. I can barely recognize myself now.

Not really — but a lot has happened in the past year. Graduating early from high school is when one gets the required number of credits to graduate in three years instead of four. I always knew it was possible because a friend of mine had done it and seemed very pleased with her choice.

When she graduated, I wasn’t considering following in her footsteps. However, as I grew more and more disillusioned with my own school, I decided that getting out as quickly as possible was the best course of action.

I’ve discovered few students are presented with this as an option in the early high school years. In my experience, the student and the parent or guardian have to ask the school to set up a plan for graduating early a year or more in advance.

It makes sense to me that a school wouldn’t want to broadcast early graduation as an option: It has the potential to be a logistical nightmare for the administration. But I believe a student’s happiness and educational fulfillment should take precedence over the school administration’s convenience.

I want to dispel the myth that a student has to be some kind of genius to graduate early. That’s simply untrue.

Before getting into the specifics of what classes I took and when, I want to dispel the myth that a student has to be some kind of genius to graduate early. That’s simply untrue. Granted, it helps to be organized, have taken many credits in the past, and be willing to put in the work to leave in three years, but it is possible for every student.

People still look at me like I’m a member of the high school intellectual elite when I mention how I graduated. But I am not. (The other day I forgot that 44 was higher than 39 — it’s a long story.) I personally never found it remarkable to graduate when I wanted to instead of when I was supposed to.

Yes, I did have to double up on some classes in my last year of school, especially. One way I made it manageable was deciding against taking AP (advanced placement) classes. The AP courses my school offered didn’t interest me, and I did not want to get stressed out about a subject that didn’t inspire passion.

In fact, the class that worried me the most was gym. In my “jenior” year I had to take gym class every day, as opposed to every other day, in order to get state-required credits for physical education. Surprisingly, it actually ended up integrating well into my schedule and becoming a nice break in the middle of the day.

I also used the option to challenge classes as well. To do this, a person studies the class material on her own and takes the Regents exam at the end of the year. If a student studying independently this way passes the exam, she gets credit for the course. I did this for my junior English credit and to complete the required foreign language credit. I took five Regents exams that year. It felt like a lot during Regents week, but it was worth it once I got through that one stretch.

The program that probably helped me the most in graduating early was OCM BOCES’ Career and Technical Education Media Marketing Communications, a two-year course of study that takes place at WCNY-TV in Syracuse.

It usually starts in a student’s junior year and ends their senior year. Instead, I began when I was 15 in the fall of 2016, during my “sophomunior” year. Through this BOCES program, I was able to earn 12 college credits through Onondaga Community College, my high school-required science credit, and also take the necessary state health class as an independent study.

More importantly, my WCNY experience kept me wanting to go to school at a time when I was very unhappy in the traditional school setting. Not only did I get to learn in a fun, relaxed environment with a group of friends from all around the area, I took several college English and media classes before many of my peers.

The course covered everything from graphic design to public speaking, so I can now give a well-organized presentation about typography and my favorite fonts. Even if one does not consider that a major advantage, I would recommend looking into the WCNY CTE program if traditional schooling just isn’t working for you. Oh, and it’s free!

If I had to pick one regret, it would be that I can’t participate in our school’s production of Shrek The Musical. Other than that, I believe graduating early was the best decision I could have made for myself. I do miss seeing my friends every day in school, but they understand that this was the healthiest choice for my education and wellbeing. Plus, having an “extra” year has allowed me to take time off from school, so I still see my friends all the time! I felt more than ready to graduate when I did. I could not even imagine having to go back and complete another year of high school.

With this gap year, I also gave myself time to be a teenager and craft an identity that isn’t related to high school. I work a full-time job I love, I’m reapplying to college with a clearer idea of what I want to study, and I have another year to hang out with my cats! No, I didn’t get the traditional senior year with all of its rituals, but that shortcoming is dwarfed by the tremendous freedom and peace of mind I have now.

Initially, it was a little scary to picture how I would spend my time without being in either high school or college. Nevertheless, I soon discovered that there were a lot of things out there that could give me an enjoyable life—and I’m figuring it out! Today, I encourage others to pursue happiness in whatever direction that leads. For me, graduating early was the right choice.

In the Present Moment: Overcoming devilish difficulties of holiday shopping
How to Argue with Your Teen: Turn your disagreements into communication, not conflict
To Top