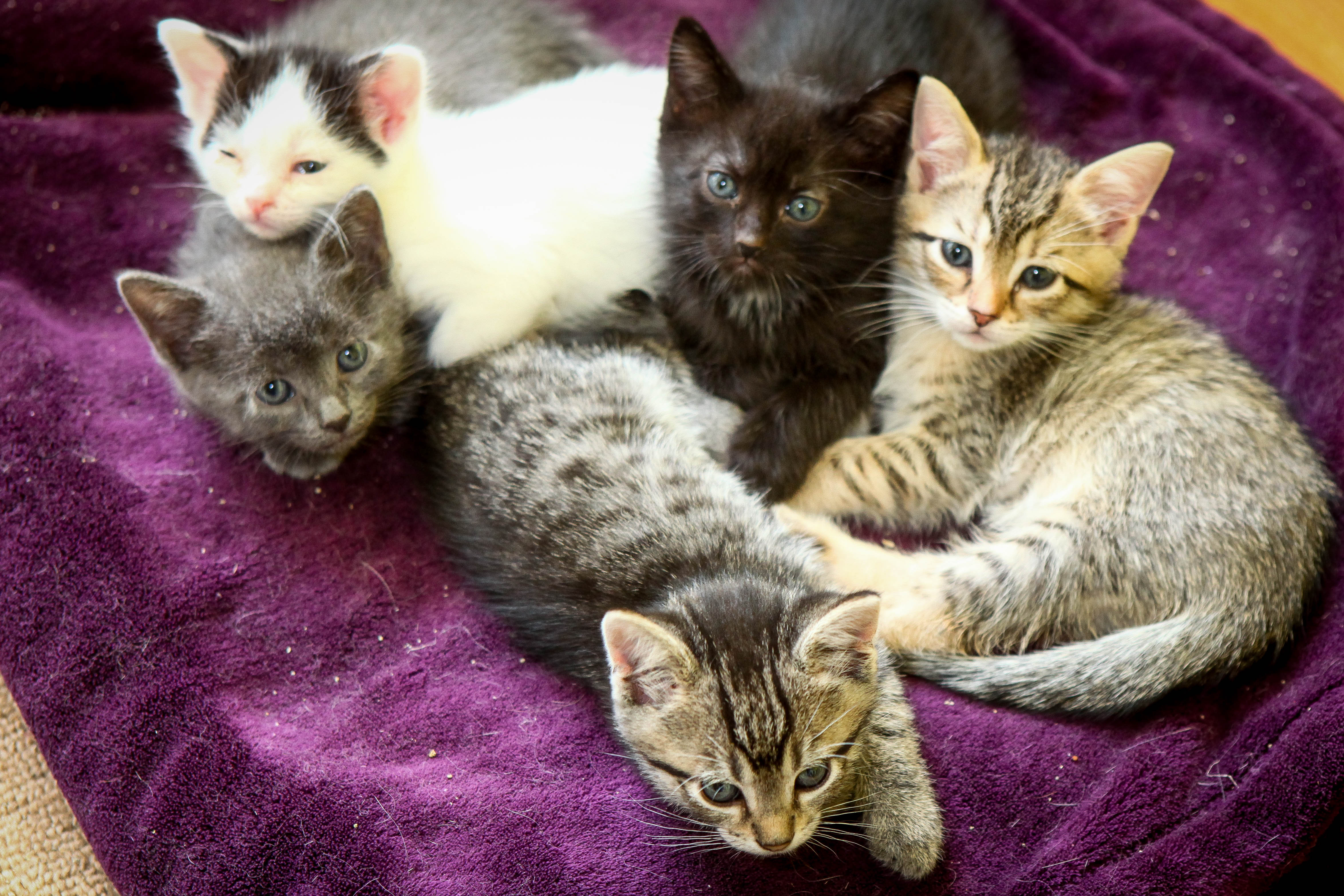 One cat. That’s how KittyCorner, a no-kill, volunteer-run cat rescue located in the village of Liverpool started out.

Linda Young, along with her sister, Deb Young, co-founded the nonprofit in 1992. Since then, the siblings have seen thousands of felines come through their doors to eventually find their forever homes.

The two keep up to date on shelter and rescue information by researching the latest in literature and attending conferences. They are also involved with the Animal Alliance of Greater Syracuse, a nonprofit animal welfare agency, which is currently working on establishing a high-volume, low-cost spay and neuter clinic.

Family Times recently caught up with Linda Young at the bustling Cafe at 407. (This interview has been edited and condensed.)

Tell me a little bit about your background and how KittyCorner was first established.

My sister Deb and I live together and we’ve always had cats as family pets, but we realized that cats really needed us. There’s such a huge overpopulation problem, so many unwanted cats and some of them are absolutely wonderful animals. And we thought if we could just get them off the streets and into homes, that would help those cats. So we began in 1992: We took in a cat. It was actually a friend who had a neighbor who found this cat. About 2,000 cats later, we still like the friend!

What qualities do you look for in a person who wants to adopt a cat?

We look at the applications. You can get a feel from the application about whether this person would really care or not. We look at their past history with animals. Have they had animals that lived a long time? And if not, it’s OK, it doesn’t knock them out of the running, but we might ask them a question: “This cat died at 4, what happened to it?” It’s that sort of a process. Then it’s just a matter of talking to them and seeing how they interact. That’s what gives us the confidence.

What makes a successful adoption?

Somebody who can love a cat. But it’s hard to define love. They don’t have be expert cat trainers or anything like that. But somebody who cares enough to get it to the vet when it’s sick. To be kind to it, to want to interact with it, to play with it. These are so many of the things that we do with our cats every day. We want people that will do that.

We also are happy to follow up with anybody about any behavior problems that crop up. Lots of times people don’t want to work with the problem. They just want the perfect pet and if it doesn’t happen, that’s fine, they can bring them back.

We want to make sure that every cat and every adopter are happy with each other. We have a lifetime return policy. If at any time they can’t keep the cat for any reason, we want to take it back. It’s not just that we will if we have to, but we want to take it back because we consider ourselves responsible for that cat, for its life. 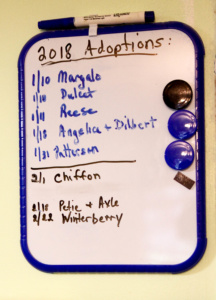 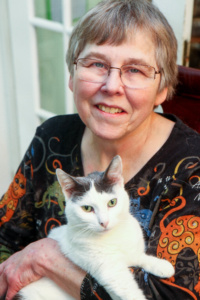 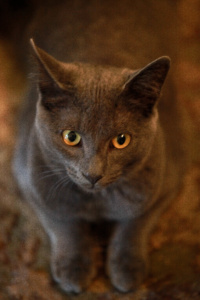 Oh, there are so many! We had a cat named Toby. He came to us when a woman passed away. Big red cat, kind of like a big Morris cat. Toby could be very affectionate, but he was used to getting his own way. And if he didn’t get his own way, he would bite and he would bite to injure.

So we worked with Toby and he kind of got to tolerate us, but we were very strict. He was not allowed to bite. The correction in this case was just using sharp words, which cats do respond to. We still showed him a lot of love and attention. He gradually learned. By that time he was getting on the older side, he was 8 or 10, and a young man came. He wrote about Toby. It was love at first sight. He took him home and we kept in touch a long time.

We had another gorgeous longhaired cat. He was returned twice because he wanted to chase people’s feet. Now he didn’t do it with us, but whenever he was adopted he had to chase people’s feet. So another young man came and really liked him and we said, “Well, there is a problem, he likes to chase feet,” and the guy said, “That’s OK, I’ll wear my boots.” So this was the kind of guy we needed for that cat. We figure if we wait long enough, the right person will come along for every cat.

What do you find most rewarding about your work?

Getting to know all the different cats and their personalities, because every single one is different. You could probably put them into categories—this one’s sweet, this one’s playful—we kind of group ’em like that in our minds, but really, the real personality you really have to experience.

What do you find to be the most difficult about your job?

Death. Because if you have a number of cats, you’re going to experience that at one time or another. The other day, the ferals that we were trapping in Bayberry, we knew one was pregnant, but before we could even get her into the vet, she had a kitten. One kitten. But she was so stressed, she wouldn’t take care of it and it died.

How many volunteers do you have and in what ways do they help?

We have about 12 volunteers that help us. Whether they’re socializing cats and working with kittens or whether they’re actually doing the scooping and cleaning, we couldn’t do it without them.

What are some things many people might not know about cats and their habits?

As far as adjusting a cat’s behavior, you have to sort of go with the cat and modify it. You can’t train a cat—well, you train a cat exactly as you do a dog, with clicker training—but dogs are to please you, cats are to please themselves. It’s how they’re made. They live by instinct. If you can’t accept that, then probably a cat is not the right pet for you.

One of the things that I wanted to get across is the fact that we know better than to get overcrowded. I feel so bad when we have to say no. And sometimes we don’t even return calls because we get too many. It’s the only way to keep going. Our answering machine says, “If we can help, we’ll get back to you.” We do our best.

Read: “Furry Friends: What it takes to adopt a pet for the first time”