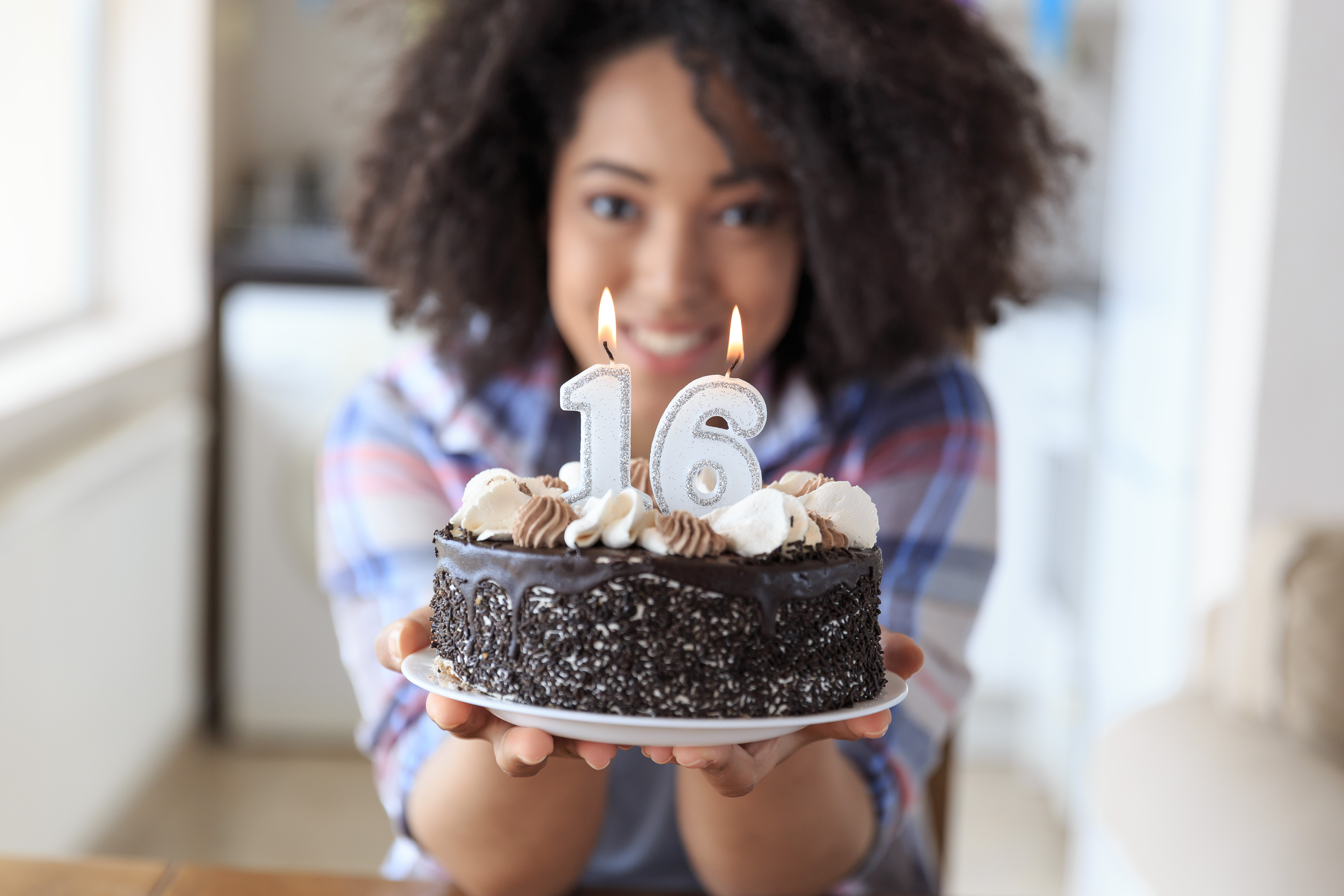 16 Candles: Putting the ‘sweet’ into a Sweet 16 birthday party

It’s coming eventually. You’ve known it since the day she was born. That tiny girl swaddled in blankets in the bassinet will inevitably reach one milestone after another: training pants, training wheels, training bra.

Each year there is a cake and a party. Birthdays are tallied in candles and perhaps some tears, each passing with the unspoken understanding that someday she will hit that most consequential of ages: 16. Her world (and yours) will never be the same again.

Wait, what? Isn’t it just a number? Another spin around the sun? When did it become such a big deal? And when did she stop loving bouncy houses and Harry Potter?

Although it might seem like just another year, age 16 represents a turning point of development, both practical and emotional. No, she still can’t legally drink, vote or play the lottery. Some days, she can’t even pull herself away from Netflix long enough to make her own bed. But, at 16, adulthood is considered imminent and society has long defined it as the moment when a girl becomes a woman.

Honoring this particular age appears to date back to the debutante balls of the Victorian era, when a young lady would be formally introduced and was eligble to receive suitors for her hand in marriage. The world has changed just a tad since then; most teens today are more concerned with finding a prom dress than a wedding dress.

In its present form, the Sweet 16 party echoes the significance of other coming-of-age rituals, like quinceañeras or bat mitzvahs, although without the religious or cultural significance of those events. Through the generations, it has evolved from a formal “coming out” ceremony into a more casual celebration of a teenager’s burgeoning maturity and sophistication. Yes, I am talking about that same girl who lives in your house, sleeps 11 hours a day and spends most of her waking minutes with her eyes locked onto her phone.

I was actually surprised to discover that “Sweet 16” parties are still a thing. I thought they no longer existed outside of Hollywood films from a bygone era. When my daughter Sadie first mentioned that she was attending one, I pictured poodle skirts and sock hops.

The resurrection of this custom over the past decade is due in part to the MTV show My Super Sweet Sixteen. Think sweet and sour rolled into one. Each week, the series would document some version of the reality of an excessively privileged teenage girl as she and her parents planned, hosted and nearly ruined an over-the-top birthday party. The formula was always the same: overrun budgets, outrageous gifts and at least one unholy temper tantrum.

Although the intention may have been well-meaning fun, the show does a disservice to any viewer looking to it for guidance. If it is to be believed, then we can infer no Sweet 16 is complete without Hummer limos, celebrity rappers and a tiger on a leash.

In other words, don’t watch old episodes as part of your party planning. Instead, talk to your daughter. And make sure you have that conversation well in advance of the blessed event, so you, the parent, can identify any gap between what she is expecting and what you can provide.

You might be surprised. She may be hoping only for a small get-together with close friends and family. Still, take note of certain terms that come up, including “rager,” “throwdown,” or any references to Jake Paul. You will learn quickly that the words “epic” and “budget” don’t really belong in the same sentence.

Prior to Sadie’s birthday, she had gone to the Sweet 16 parties of several friends. None of these sounded nearly as lavish as those on television. For instance, no one entered on horseback or received her first Lexus. But a few recurring features suggested that today’s Sweet 16 parties can rival the extravagance of a small wedding.

Rented halls, hired DJs and catered food were common, all great ideas to limit the entertainment burden placed on the host (and her parents). Photo booths were also a big hit. I’ve heard of some parties that go one step further, adding an ice sculpture or a chocolate fountain, options that can quickly raise the price tag.

As Sadie’s birthday neared, dollar figures mounted in my head. I hadn’t yet even added in the cost of decorations, party favors or a cake when Sadie decided that she wanted. . . a low-key party at home with close family. I let out a sigh of relief, as did my wallet. I knew the night would still be special, but it wouldn’t break the bank.

“Yeah, instead of a big party, I was hoping to take a trip to New York City,” she added casually.

This seemed like the ideal moment to point out that 16 is the legal age to get a job, but I let it slide.

With some creative budgeting, I believe it’s possible to throw a memorable party for your 16-year-old without it becoming a glorification of consumerism. Just focus on designing a celebration that is true to that girl you have watched grow up. You will end up with a party that suits your daughter perfectly, a party that is appropriately joyous, spirited, elegant or—for lack of a better word—sweet.

Boy Scouts Evolves: Additional scouting programs to accept girls
Mother Knows Best: Yes, of course your mom really does get it
To Top