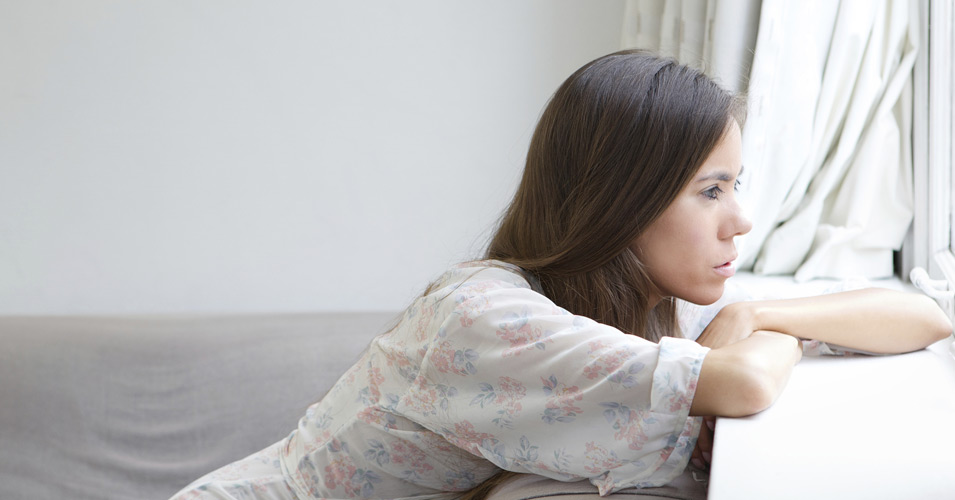 When I first started having migraines, people were concerned. I was concerned. I was taken to the doctor, put in a dark room, injected with medication, fussed over. The more people who knew, the better, as far as I was concerned, because that meant a better chance of getting helped. And without exception, whoever I told expressed sympathy.

When you tell people you have an illness, that’s often the response: sympathy. They may ask questions about the symptoms, the kinds of medications you’re taking or the kinds of therapies you might be on and whether they’re working. You can talk about side effects of the medications, the efficacy of the treatments in your particular case at that particular time, how your family might be coping with your illness, or how it is affecting your career and your day-to-day life.

Put “mental” before “illness” in that paragraph, however, and the conversation changes—if it is started at all.

I struggled with obsessive-compulsive disorder all of my life, although I didn’t know the name for it for many years. I knew by 18 that I was an alcoholic and continued to drink for another decade. The stigma surrounding most types of mental illness and addiction almost guarantees that we don’t seek help. And the self-esteem issues from that stigma can be debilitating, especially to children.

A child or teenager should be able to tell his parents he has uncontrollable compulsions as easily as he can tell them he has a sore throat. Many if not most mental illnesses are treated similarly to physical illnesses: with medication, therapy, lifestyle changes, diet management. Society’s reaction to mental illnesses has always been another story. Mental illnesses have often been treated as a weakness, a character flaw. A failing.

My memoir, Body Punishment: OCD, Addiction, and Finding the Courage to Heal, was written to help start the conversation.

I signed up for karate two weeks before I turned 30.

I was single and had been in recovery one year. I had not yet discovered antidepressants and was convinced my uncontrollable mood swings and anxiety were just really bad PMS, even though I knew many women with PMS and didn’t know any who did what I did. I plucked out my eyelashes and eyebrows and picked at my face if no hair was available.

When I put on my karate uniform for the first time, I weighed 99 pounds. One of the other women in class laughed because she couldn’t pull my size zero skirt up over her thigh. My body was the most recent in a lifetime of changing and often unbearable obsessions.

I’d spent the vast majority of my life feeling like a freak because there couldn’t possibly be anybody else on earth who did to herself what I did to myself. There couldn’t be another human being who felt about herself the way I felt about myself.

How someone who was so smart could feel that way, act that way and do those things without being able to stop, I could never understand. How could I intellectually rationalize pulling out my own eyelashes? I couldn’t. But if I couldn’t rationalize it, then why couldn’t I stop? Instead I spent my first two decades of life searching for the solution to the indefinable void where my sense of self should have been, and the next decade pretending I didn’t need it.

I’ve since found out, of course, that the void is no longer indefinable.

But until I found out what it was, at the embarrassingly late age of 52, I was always looking for something to blame. If I could find it, then maybe I could fix it. I’d felt like an outsider since I was old enough to know what an outsider was, and I needed to know why. All the things I did were so random that I didn’t even know where to begin to find a common thread. And so for almost 40 years I thought I was simply a lightning rod for crazy.

But I wasn’t. What I have falls under the heading of obsessive-compulsive disorders. One term. One concept. OCD. Throw in anxiety and addiction—in my case, alcoholism—and it all falls into place. Back then, though—as a kid, through adolescence, puberty, teens, 20s, 30s—all I knew was this: I was a freak, and I was alone.

It took me a long time to understand that I can’t treat my mental illness with willpower any more than I can treat my migraines with it—and even longer to realize I shouldn’t have to. I’m hoping that by sharing my story, others will realize it as well.

Why Tests Fail: Standardized exams don’t help students
Out on a Limb: Adventures in the great outdoors
To Top