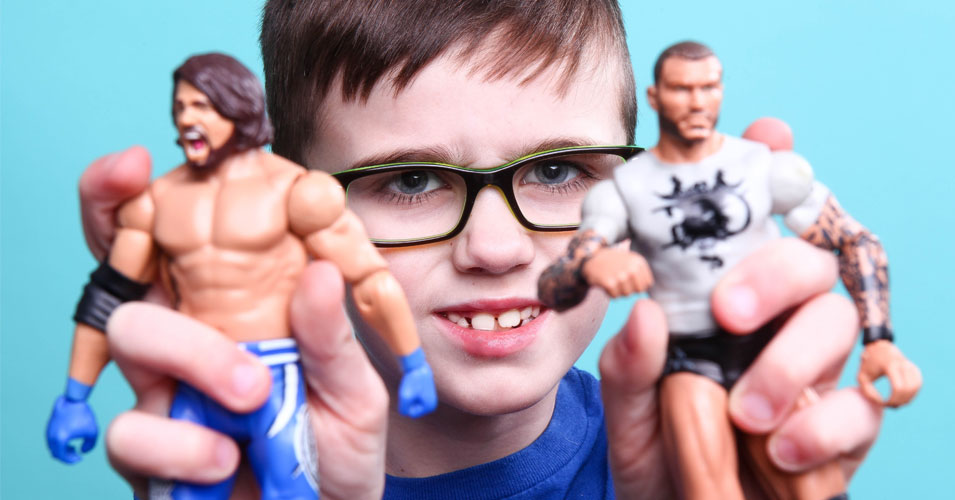 When their mother asked Adriana and Caleb if they wanted to be on the cover of Family Times’ March issue, they told her, “Yes!”

March is Family Times’ inclusion-themed issue, focusing on young people who have more than typical needs for support.

Adriana and Caleb have disabilities that make speech, learning, and social interactions a challenge. Adriana has a motor speech disorder called dyspraxia, in addition to ADHD (attention deficit hyperactivity disorder), anxiety, OCD (obsessive compulsive disorder), developmental delay, and learning disorder. Caleb has a different motor speech disorder, as well as ADHD, anxiety, and developmental delay. Both receive services in their North Syracuse schools; Adriana is a seventh-grader, and Caleb is a first-grader.

Briana, the middle child, received early intervention, but with targeted therapies she was able to discontinue services. She’s now in fifth grade.

The family, candid about their successes and difficulties, have benefited from the advice and support of so many others that now Jessica tries to find ways to give back.

“It’s a great feeling to help other families the way my family was helped,” Jessica says in a phone interview.

Jessica and Stephen have been together for 17 years, married for 10. They met when Jessica was 17 and Stephen was 21. Jessica graduated from high school, despite facing symptoms of what she now knows is ADHD. She also had a stutter for which she received speech therapy. Stephen found school impossible and ended up leaving early and earning a GED, a general education diploma. He, too, copes with ADHD, his wife says. He works as a machine operator at a local company. Jessica is a teaching assistant at the preschool her three children attended. “I still stutter every so often but you learn different strategies to help with that,” she says. 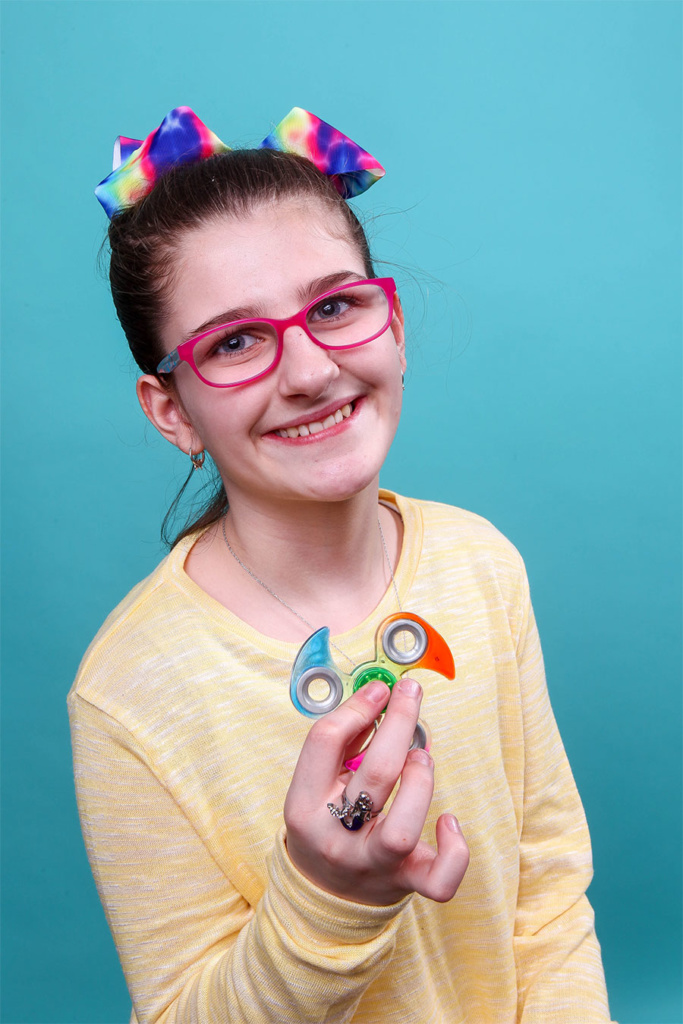 When Adriana was about 2, Jessica began to ask questions about her daughter’s development. Adriana used to be able to say her ABCs, and suddenly she couldn’t. No one could tell Jessica why. She sought services through the Onondaga County Health Department’s Early Intervention Program, which provides therapies and other services to young children with signs of developmental delay. Adriana qualified for at-home speech, occupational and physical therapies, and teacher services.

Still, Jessica had concerns. The family eventually brought Adriana to the University of Rochester’s Kirch Developmental Services Center (now called Developmental and Behavioral Pediatrics). There, at age 5, Adriana was evaluated by a doctor and received more precise diagnoses that made it easier to get the right accommodations for her lagging skills.

Finally, her mother had answers for the issues that had puzzled her for years. The diagnoses helped Adriana receive appropriate supports and an individual education plan, or IEP, in school. And, after all the work Adriana did with therapists at her preschool, she outgrew her need for occupational therapy. At Main Street, she learned to speak and use scissors. When she started at the preschool, she had no verbal communication and used a communication board to express herself. Now, she can talk—although it’s still often hard for her to get the words out.

Though Briana, too, received early intervention services and then physical therapy at Main Street, she “graduated” at age 5. Now, she’s a typically developing 10-year-old who makes honor roll.

By the time Caleb was born, in 2012, his mother had acquired a keen eye for developmental delays. When Caleb was 8 months old

and not yet crawling or even moving much, Jessica said to herself, “Something’s up with this boy.”

She called her regular Onondaga County early intervention coordinator. In short order, Caleb was putting in his time with the in-home therapies. Later he followed in his big sisters’ footsteps to Main Street preschool. His speech therapist there identified his specific speech disorder, apraxia. Later, he, too, had an evaluation by the University of Rochester doctor who treated Adriana, and Caleb acquired additional diagnoses, including ADHD.

Caleb’s form of ADHD affects him profoundly. The disorder causes his major anxiety and leads to anger. He received an oppositional defiant disorder label; it’s also called ODD. “That’s all in with the ADHD,” Jessica says. “People don’t realize how much ADHD is really a huge disability because there’s such a wide range of it.”

He has speech therapy four times a week, and occupational therapy twice a week, because his fine motor skills are behind and he still has difficulty using scissors. He uses an iPad he received from a nonprofit devoted to helping kids with childhood apraxia of speech. The tablet is loaded with apps to support communication.

At the same time, his needs for learning are not yet completely understood. “He’s young to really know what he’s actually going to end up with, whether anxiety or learning disability, because right now he just has developmental delay,” Jessica says.

Caleb, who his mother calls “our little baby boy,” is in first grade. He turned 7 last month, and celebrated with a family-and-friend party and a chocolate dinosaur cake.

A sense of difference

Adriana, in middle school, finds joy in competition with the Northstars Color Guard and social time in Girl Scouts, which her sister does as well. She and Briana both go to Danceography of Syracuse.

Adriana is just starting to recognize that she’s not exactly like others her age, Jessica says. Conversations can be bewildering for her. With the help of attentive friends, or her sister, she can have fun socializing. She just needs some one-on-one attention to keep up.

No matter the stresses of her life, Adriana maintains an upbeat attitude. “Everyone always says what an awesome child she is. It makes me happy to know that she’s doing good in the world,” Jessica says.

Meanwhile, Jessica found a profession that started with volunteering at Main Street. She earned a teaching assistant certificate and began working there part time.

“I didn’t look at myself that way, that I would have that potential, but I did!” she says. “I’m in my third year now and I absolutely adore it. The kids melt my heart and I love the fact that I’m able to help other families.”

The whole family, under Jessica’s guidance, likes to stay busy. Jessica was chairperson of the Main Street fundraising walkathon last month. All three kids have a slew of activities, in addition to therapies and services for Adriana and Caleb.

Sometimes things don’t go well. Adriana might come home a little down and say she was criticized in color guard.

That’s when Jessica reminds her of the family motto: “Practice makes perfect,” she says. “You just have to keep trying and then you’ll get it.”