1. Attend a festival, fair or other special event.
From the Syracuse Polish Festival (June 17-19) to Pirates Weekend (July 14-17) to the Syracuse Arts & Crafts Festival (July 29-31), there is no shortage of family-friendly events in Central New York during the summer months. And, of course, you can’t forget the New York State Fair, which will be held from August 24-Sept. 5. 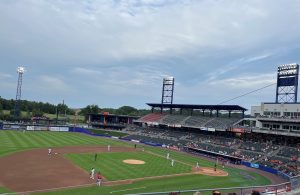 2. Catch a baseball game.
Nothing says summer quite like the crack of a baseball bat or the smell of popcorn and hotdogs filling the air. The Syracuse Mets’ season runs through September (the team completed $25 million in stadium renovations before the 2021 season, adding new seats, seating areas and gates) – or head to Auburn for a Doubledays game. 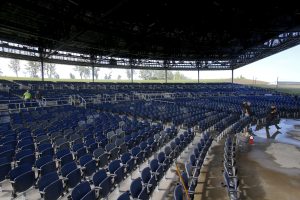 3. Attend an outdoor performance.
KIDDSTUFF shows are returning to the Hangar Theatre – it will present Cinderella Eats Rice and Beans(June 24-25); Three Little Birds(July 8-9); Dragons Love Tacos (July 29-30); and Red Riding Hood (August 26-27). Families can also enjoy a concert at St. Joseph’s Health Amphitheater at Lakeview (this summer’s performers include Kenny Chesney and Lynyrd Skynyrd) or travel back in time with a performance by Syracuse Shakespeare-in-the-Park. 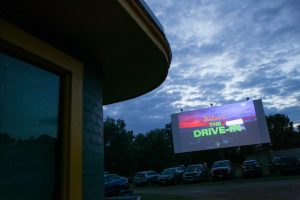 4. Watch a movie in your car.
There is no better time to enjoy a movie under the stars. Central New York is home to two drive-in theaters: Fulton’s Midway Drive-In Theatre and Auburn’s Finger Lakes Drive-In, which is the oldest continuously running business of its kind in the state. Both facilities also include a snack bar, with refreshments ranging from hot dogs and pizza to candy and popcorn. Just don’t forget the blankets! 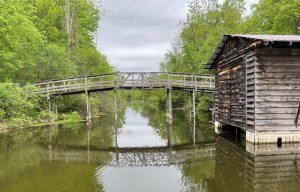 5. Take a boat tour.
Families can enjoy some time on the water – and learn about local history– during a boat ride on Skaneateles Lake (Skaneateles), the Erie Canal (Herkimer), or the Enlarged Erie Canal (Camillus). If you’re interested in taking a day trip, the Glimmerglass Queen (Cooperstown) was recently nominated for “Best Boat Tour” in a USA Today poll. 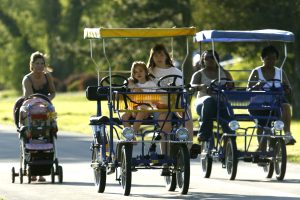 6. Go for a bike ride.
Take advantage of the warmer weather by renting a bike (or a Surrey Quadricycle!) at Onondaga Lake Park. There are also numerous other parks in the area with bike-friendly paths.

The Perfect Yard Sale: Solid strategies can help you turn your old stuff into money
Summer Activities Guide
To Top