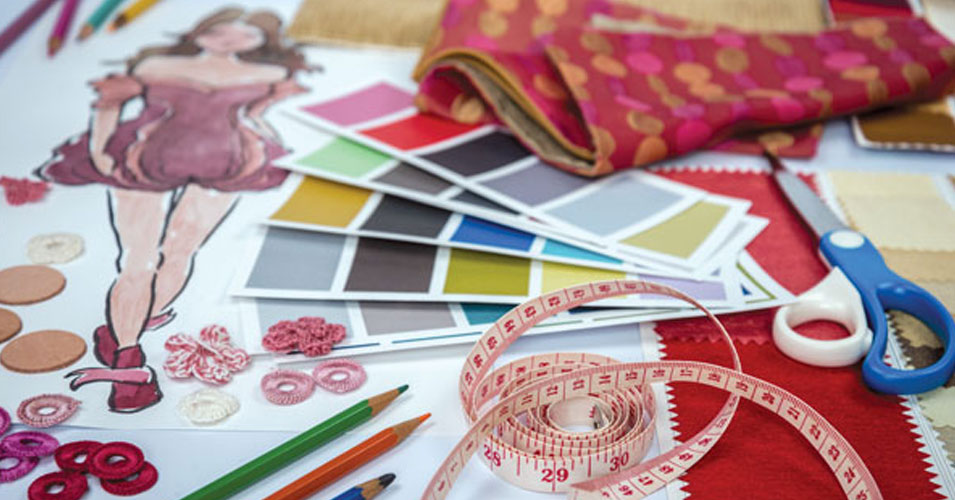 Every year for Halloween my teen daughter, Amanda, wants to dress as whatever character is her latest musical or movie obsession. She has been Tracy Turnblad from Hairspray, Giselle from Enchanted, Belle from Beauty and the Beast. Each costume is never the one you can buy off the rack. She always wants to be in a specific dress from a certain scene—that is impossible to find.

Over the years I have gotten assistance from friends who sew, creative salespeople in stores and eBay. I have scoured thrift shops, begged my mom and spent way too much time in costume stores looking for wigs and accessories.

I Googled the requested frock. Impossible! There was tulle. There were bedazzled skirts. There was a detailed bodice with bling. There was no way I would be able to even remotely approximate any semblance of this creation. Nope.

I went into task-avoidance mode. I spent hours attempting to find anything on the internet that would be acceptable to the would-be Christine Daae in my house. Amazon had to have something that would work. Or somebody on eBay must have made this blasted dress and would be willing to sell it to a desperate mom, right?

Each time I would find a gown I thought was a reasonable approximation, Amanda would pull up the same annoying picture on the computer and say, “No, Mom, this one.” Then she would walk away with the certainty that it would be done—not because she is a brat, but because she was certain I was up to the task. She believed I could work magic.

Of course, this was my fault. I had never let her down before. The hours of enjoyment these dresses gave her after Halloween made up for all the toil and tribulation that went into their creation.

But this year was certainly going to be my undoing. Nothing I could come up with would suffice. There was no swaying her. No distracting her with other dresses adorned with jewels. No convincing her that with this unattainable request the magic had disappeared like a puff of smoke.

My only hope was that the costume fairies would swoop into my house and deposit a much-needed gift. But they seemed to be hanging with the kitchen gnomes that never do my dishes like they are supposed to. I was going to be waiting a long time. The Halloween Dance was looming large, and my daughter had no costume being created and nothing on the horizon.

One of the electives Amanda is taking in high school is Fashion Design Studio. The first project for the class was to design a hangtag for her proposed clothing line. When I first heard the term, I had to Google what a hangtag was and look at examples on Pinterest: It’s the little tag that goes on your clothing line to distinguish it from other designers’ lines. You want some sort of logo, emblem, or catchy name to make you memorable.

One day I emailed her teacher, Barbara Grenga, with a question about the hangtag, and I explained the reason for Amanda’s choice of a masquerade mask as a logo. And then, as a random afterthought, I blurted out the story of my pathetic situation and asked for any suggestions on how to make the Christine Daae Star Princess Dress if one happened to be incredibly sewing-challenged. I attached a photo of the dress to emphasize the ridiculousness of the request. Thanking her in advance for even peeking at the image I sent, if only so she could share my pain, I launched my missive.

An email response appeared within seconds: “Send in what you have and I will have a few of my advanced fashion students make the dress.”

I am pretty certain Mrs. Grenga, along with everyone in my neighborhood, heard my whoop of joy as I shook my head in happy disbelief. Whatever advanced fashion class students would create would be 1,000 percent better than what I could cobble together. The sewing fairies had arrived.

I bundled up the fabric, dress scraps, stars and anything else I could imagine might be helpful and sent it in to school with Amanda the next day.

Later that day I received an email with a picture of the three Fayetteville-Manlius High School students—Cassidy Hatch, Amanda Hoffman and Anna Horan—at a design table cutting fabric and planning their attack.

These students, with the guidance of their teacher, worked on the dress during free periods and after school all that week.

Every couple of days I would receive an email from Mrs. Grenga with a picture to document the progress. I would see a table with different colored bowls of dye spread out for the bodice, which they hombre dyed; a hemmed skirt being adorned with stars; strips of fabric being fashioned into puffy sleeves. Cassidy, Amanda and Anna created the ultimate Christine Daae costume.

The dress was completed in time for the dance. Amanda came down the stairs in costume, including dress, sparkly shoes, wig and masquerade mask. She said, “It’s perfect.”

These girls did not have to accept this assignment. And yet, they did. They made this dress because it was a nice thing to do.

It’s a notion that may seem as farfetched as fairies and kitchen gnomes, but I am here to tell you kindness does still exist. And for that, Amanda and I are both grateful.

Get Out and Play! Skiing, snowshoeing, tubing and more in CNY
A Full Plate: A professional baker mixes running a business with raising kids
To Top