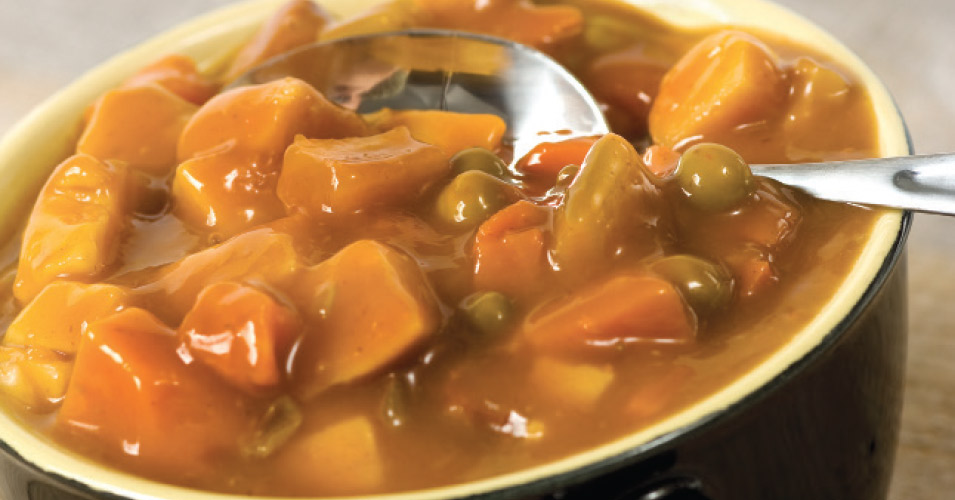 What’s your go-to March food? Is it green eggs and ham? Corned beef and cabbage? Lucky Charms? After all, that little leprechaun tells us they’re “magically delicious”!

And then there’s March Madness. With so many basketball games on television, there are lots of chances to have friends or neighbors over and distract ourselves from our wintry weather.

What’s your favorite TV nosh? Mine used to be horrible: chips, dips, chicken wings, pizza. These days, my family and I still have those foods, but I “fake” them out. For example, pizza without a crust, or chicken wings made from chicken tenders that I bake in the oven without breading.

My grown-up dips include hummus and my “chips” are now cucumber slices and baked wontons. (Check out my recipes: www.facebook.com/TheSweetLifewithChrisXaver.) At our house, it’s all about reducing sugars. I have kids in my life, too; I’m not telling you to try something they won’t like. They’ll love it, if they can help make the snacks. I’ve learned that’s key. Ask them to help you in the kitchen and they’ll try more foods.

So since we’re in the midst of March, I thought we should enjoy some traditional fare. Although everyone is Irish on St. Patrick’s Day, you don’t have to be Irish to enjoy my Irish stew.

While the traditional dish often calls for lamb, many Americans aren’t that familiar with it. Lamb is lean, and grass-fed lamb is often exceptionally lean. As a general rule, three ounces of lamb has just 175 calories and less than 10 grams of fat. And lean lamb often comes in at just eight grams of total fat, three of which are saturated fats. If you’re planning to make this recipe and want the leanest lamb, use loin or shank pieces.

Beef can also be lean, too. For stew, I would recommend chuck, which is considered a lean cut but has enough marbling in it to keep your stew meat from becoming tough. The great thing about making this stew in the slow cooker is that it’s a much more moist way of cooking than in the oven. As long as you don’t lift the lid, all the moisture remains in the pot and keeps this dish melt-in-your-mouth tender.

Instead of potatoes, I use turnips in this dish to lower the sugar content. No one in your family will know they are eating turnips if you don’t tell them because the stew’s “gravy” flavors the vegetables. Why turnips? In 3.5 ounces, turnips have six grams of carbohydrates compared with potatoes’ 17 grams. And turnips are lower in calories: 28 calories in that serving vs. potatoes’ 77. Starting to fall for the humble turnip, aren’t you?

And to keep the stew from becoming “sweet,” I encourage you to use plain old yellow onions instead of the sweeter Vidalia variety. In this long-cooking stew, the yellow onion just holds up better and imparts that savory flavor this dish demands.

This wonderful winter stew should not be relegated to just
a traditional St. Patrick’s Day meal! It deserves a repeat performance on any cold day, and using turnips instead of potatoes lowers the carbs and sugars while retaining the flavor and texture.

Scant amount of flour for dredging

Salt and pepper to taste

Pat meat dry and dredge in flour. Brown in nonstick pan. (Don’t crowd the meat pieces, or they will steam.)

Layer turnips, onions, seasonings and garlic on the bottom of a slow cooker. Top with the browned meat. Pour half of the broth over it. (Add more broth later if a thinner stew is desired.) Cook on low for 8 to 10 hours or high for 3 to 5 hours. When meat is tender, stew is done.

Slow cookers are amazing devices, but only if you resist the temptation to “peek” by lifting the lid. You lose 20 minutes to a half-hour for each time you lift the lid. If there’s condensation and you can’t see, shake it back in forth in its track to help the condensation fall off.

Note: If your little ones really hate onions, then grate them instead of dicing. Just run the onions back and forth on a box grater. They’ll practically liquefy but will still give you that great onion flavor.