Originally named Boston Candy Kitchen, the business was founded in East Syracuse in 1910 by Robert Andrianos and his two brothers (all three were from Greece). In the years that followed, it would change owners (and its location) several times – Robert’s grandson, Steven Andrianos, and his wife, Terry, currently run the business together. In January of 2017, the Andrianos’ oldest son, Craig, launched the Hercules Candies YouTube channel – and business took off.

“After about a year, it just blew up. There was really no one like us on YouTube,” said Terry Andrianos. “It enabled us to move here [to West Manlius Street] because we were so busy.”

Today, Hercules Candies offers everything from clusters and barks to filled ribbon candy and hard candy. But Andrianos said assorted chocolates, chocolate covered potato chips, and very cherry creams, one of their newest additions, are their top sellers. Everything is made by hand at its facility in East Syracuse.

“It’s super fresh,” said Andrianos. “And the fact that we can’t even keep it in stock makes it that much fresher. But it’s attention to detail. We’re not going to try to use cheaper ingredients. We roast our own cashews. We want everything to be as fresh and from the source as possible. That’s what makes us special.” 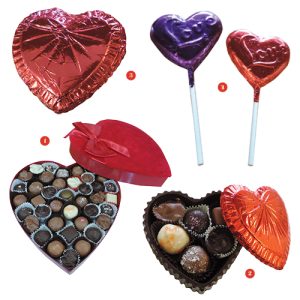