The Positivity Project Club has a motto: #otherpeoplematter.

The group has set out to share the importance of building relationships.

“We know, statistically, that for students to be successful at school, and then far beyond school, feeling connected to people, staff and their peers is going to set them up for greater success in life,” says Meredith Riggs, the club’s advisor and social worker at C.W. Baker High School. “So that’s really important to us. We want everyone to feel included and welcomed.”

The Positivity Project, also known as P2, was already in place at the district’s elementary schools, starting with Palmer Elementary during the 2016-17 school year (the other schools followed in 2017-18 and 2018-19). The group at the high school began last spring – with one big difference.

“The [members] are totally in charge of the mission and the movement,” says Riggs. “It was something that our district believed in and wanted it to be district-wide so that we all had that common language and a common understanding.” 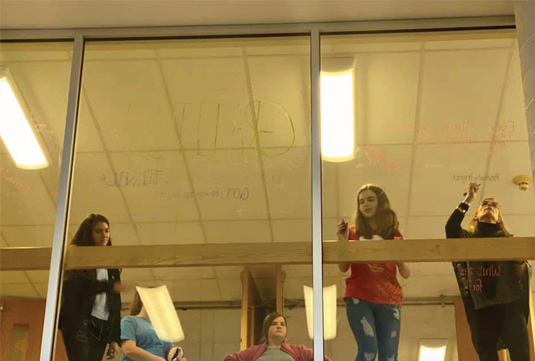 The Positivity Project Club meets once per month and has approximately 22 members in grades 10 through 12. The meetings are run by the students and, so far this year, the group has helped with sophomore orientation, painted the school’s windows with positive quotes and organized a spirit week in February, where each day had a theme and character strength (superhero day, for example, was associated with kindness), among other things. No matter the activity, the club’s goal is simple: “For people to first understand themselves and then be able to understand others, which eventually will lead to a more supportive and inclusive community,” says Riggs.

As for the future, a few bigger projects – including the creation of an informational video about P2 – are in the works, and the club hopes to bring even more awareness to its mission.

“I think my goal moving forward for [the members] is just trying to grow P2 in the culture and the climate of the building, so it’s something that people see and feel all the time,” Riggs says. “There are 24 character strengths that encompass all of us, and so you take this quiz and then it ranks your top character strength. The teachers that have done that have chosen to put like bumper stickers outside their classroom door so that the students entering know what their teacher’s top strength is or even the other staff. So, when you enter someone’s classroom, you’re like, ‘Oh, this person’s top strength is teamwork. Well, that tells me a lot about that person that I’m about to go in here and visit.’ Just little things like that.”

What is one thing you want readers to know about the Positivity Project Club?

“P2 is for everybody. Even though the readers aren’t in school, it’s still something they can use in their own lives, in their workplaces or just when they’re out and about and being mindful of the people they’re interacting with. Anybody can be having a bad day, but if you take the time out of your day to just be positive and kind to people, it makes all the difference.” – Mckenna Atkinson-Snow, Senior 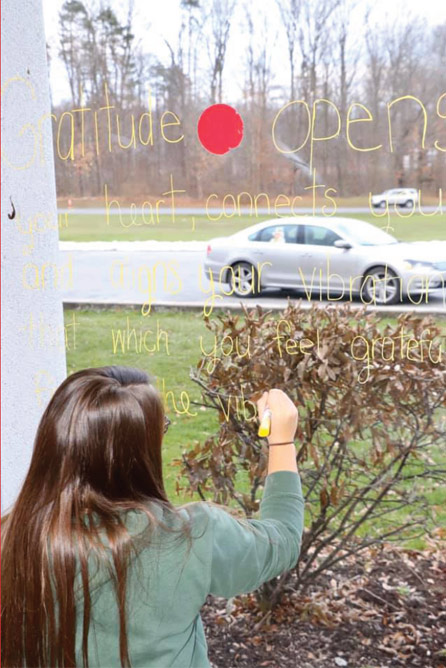 “I think I would want people to know that just with thinking about other people with one gesture, one smile, you can make somebody’s day. It doesn’t have to be a huge big thing; it can be something small.” – Edan Yager, Junior

A History of Inclusion: The Jowonio School marked 50 years in 2019
Online Learning: The Syracuse Latin School
To Top