A radio repair shop that opened in 1923, a grist mill built before the Civil War and a factory that produced china at the turn of the 20th Century. United Radio, New Hope Mills and China Towne Furniture have been family owned and are still operating, in one form or another, in 2019

The second, third and fourth generations of the Rubenstein, Weed and Yennock families have worked side-by-side with grandparents, parents, aunts, uncles, cousins or siblings for most of their employed lives. And each says it takes a special family dynamic to make it all work. 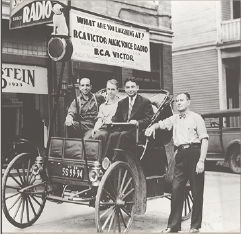 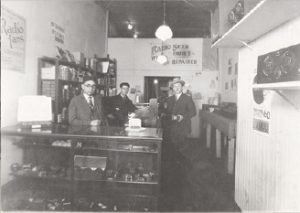 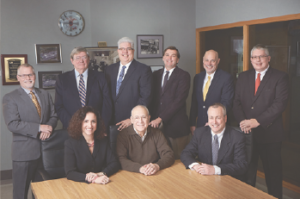 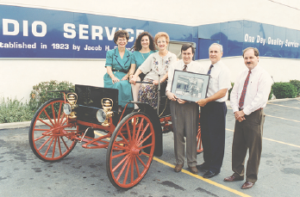 You may be surprised to learn that the one and only Sony authorized audio and video product repair center in the United States is located right here in Central New York. If a radio breaks in a Chrysler vehicle anywhere in the world, it comes to East Syracuse to be fixed. Broken Nintendo unit? It gets shipped to one of two authorized repair centers, one of which is United Radio located on Enterprise Parkway.

Today’s United Radio traces back to a little shop in 1920s downtown Syracuse. There, Jacob Rubenstein, a self-taught engineer, assembled and repaired radios in the medium’s earliest days.

“Back then, you had to see a radio repair guy four, five, six times a year,” explained Phil Rubenstein, Jacob’s grandson and current owner, along with his sister Mara. “When radio first came out, you bought a box of parts, basically, and had to assemble it yourself. So my grandfather would assemble radios for people and he would contract with department stores to put the radios together.”

As time went on and the television was introduced, United Radio got into the TV repair business as well. But not right away. “My grandfather wanted to make sure that [TVs] were going to stay, that they weren’t just a fad,” Rubenstein said with a laugh.

In the late 1960s, Jacob and his wife Dorothy moved to Florida to retire and handed the business over to two sons, one of whom was Phil’s father, Arnold. The company was then transitioning into repairing communications equipment used by police and fire departments.

Phil remembers working for the family business when he was seven or eight years old. He helped mark up claim checks for customers, and got paid a quarter an hour. As he got older, he worked the front counter and switchboard. He became the shop’s Atari technician when those home video game consoles became popular in the early 1970s. He also remembers summers home from college, when he would work in the garage installing police radios.

After college, he left the family business for a few years and moved to Rochester, where he was a recording engineer for the Eastman School of Music. By 1991, he was back in Syracuse working at United Radio with his cousin as owner. In 2001, he and his sister bought his cousin’s half of the business and they continue to run the company today, advised by his retired father Arnold, with whom he shares an office.

Not only is the company family owned, but United Radio also hires and employs family members who work together. “We have some families with three generations working here all at once. It’s not [just] the Rubensteins.” 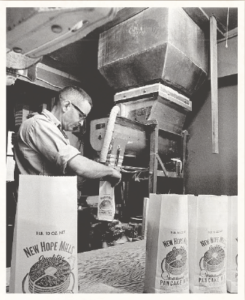 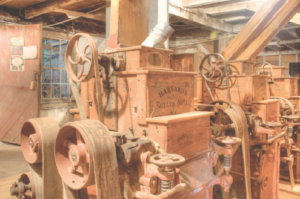 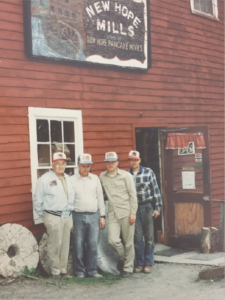 “It gave us a lot of very fond memories”

Doug Weed grew up to the sounds of the splash and churn of his family’s grist mill water wheel. He and his extended family have all worked at one time or another in or around New Hope Mills in Cayuga County. His first memories of being part of the family business include cleaning up around the mill, shoveling grain and bagging flour.

Weed’s grandfather bought the mill and sawmill in 1947. His father took over the business eventually, and, in 2004, moved the operation to a 40,000 square foot facility in Auburn. Doug says the old mill, built in 1823, was not designed to accommodate the company’s expanding production. “It was not made for massive output for today’s needs for the marketplace,” he said.

Doug bought New Hope Mills from his dad in 2012. Today, the company produces pastry and bread flour, along with pancake, waffle and baking mixes. New Hope Mills operates two cafés, one in Auburn and one in Cortland. He and one of his sisters are now the remaining family members at the helm.

“My sister lives an hour and a half away, and she comes up one day a week,” Doug explained. “She shares an office with me. It’s one of those things where we both have a passion to carry on the family tradition and family legacy, and we care a lot about our brand and about what we do.”

Working so closely with family might be a challenge for some. As Doug puts it, no business is without its struggles and no family is without its disagreements. “There’s times where you may not see eye-to-eye, but you all come back to the dinner table and you eat dinner together and you find a way to make it work and to continue on,” he said.

Weed continues to hire his nieces and nephews, the fourth generation, to work at the facility when school is out for the summer. His brothers are working with their father in newer businesses he started, but everyone stays in touch and knows what’s going on with each other’s work, he said.

Despite the new and different endeavors, though, Weed says it all connects back to the old mill. “It gave us a lot of very fond memories, from working in the flour mill to working in the sawmill,” he said. 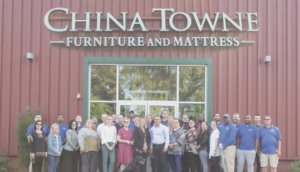 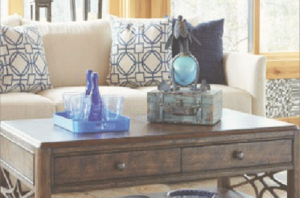 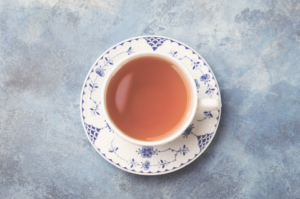 “I think it can be very rewarding”

Jay Yennock’s father, John, was a homebuilder, lumber yard owner, cabinet maker and entrepreneur. When the Iroquois China Factory in Solvay closed its doors in 1970, the elder Yennock saw an opportunity. He bought the building and moved his cabinetry business into the basement. On the main floor he opened a sort of off-price department store.

“It was T.J. Maxx before T.J. Maxx,” Jay said of the store’s manufacturer’s overstock inventory. “He kept all the dishes and positioned them in front of the store and called it China Towne.”

So if you’ve ever wondered how China Towne Furniture got its name, now you know. The Yennocks, having purchased the surplus china from Iroquois, sold dishes along with everything from wallpaper to greeting cards to furniture. “Just about anything he could buy to sell,” Jay said of his father.

As the china was sold off, there was more room for diverse products at China Towne; at one point they even sold cars. In the mid-1970s, the company opened additional stores in Syracuse and North Syracuse, including the Furniture Barn on North State Street in Syracuse.

Yennock began working in the Solvay store as a kid, sweeping floors. As he grew older, he sold furniture, was a ‘gofer’ and eventually got involved in advertising. His mother, Rita, was the store’s bookkeeper.

Jay took over the store’s ownership in 1984 and began to focus solely on selling furniture and mattresses. “Our business is completely different from where it was,” he says of today’s China Towne.

Although his daughter joined him in running the business for about a decade, Jay is now the one family member involved in the company. You may have seen him – and his daughter – in local TV commercials or heard his voice in radio spots, touting “The one big store in Solvay…China Towne.”

Of being part of a family business, Jay said “I think it can be very rewarding.”

Kelly Owens Vincentini: Play2Learn, Baldwinsville
Holiday Gift Guide: These local stores offer something for every member of the family
To Top