Alexandre Leclercq worked on his first bicycle, a BMX, when he was nine years old.

Now at Manlius Pebble Hill School (MPH), he continues to repair and build bicycles, serving as the advisor of the school’s Bicycle Mechanics Club.

Leclercq, MPH’s Dean of Students, started the Bicycle Mechanics Club in 2015, but its roots go back further than that. In 2008, Leclercq formed a bicycle club at the Mundy Branch Library (he was a volunteer there at the time), and began teaching local students how to fix bicycles and bring old parts back to life.

“I thought old American bikes were beautiful and worth repairing and a ton were being thrown out in the trash,” Leclercq says. “When I worked on the west side of Syracuse, I encouraged the kids to roam around neighborhoods on trash nights and pick up old bicycle frames, old wheels or whatever we could find and we’d fix them up.”

That has carried over to MPH. Leclercq says the Bicycle Mechanics Club uses mostly recycled parts to repair and restore bicycles (some date from as far back as the 1950s). During their meetings, students learn how to take a bicycle apart and rebuild it, which includes skills such as painting a frame, refurbishing old parts and building wheels, among other things. The club also auctions off a bicycle at the school’s gala. 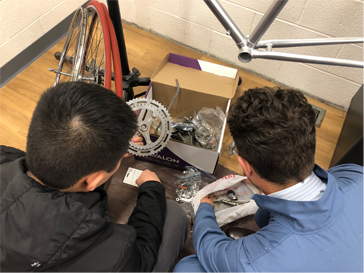 “It’s cool to own a bicycle that did not come from a store, that students have built themselves and customized and made it look like their own bike that reflects their personality,” Leclercq says. “I think that’s what we’re trying to do here. The bike that we sell at auction every year typically is bought by an MPH student or parent of an MPH student, and that student gets to have a bicycle that does not exist anywhere else in the world.”

The Bicycle Mechanics Club typically hovers around five to 10 members, and includes a mix of students from the middle and upper schools (though during the 2018-19 school year, it also included students from the lower school). Leclercq says one of the main purposes of the club is to help train the next generation of engineers. But it’s about much more than that.

“Bicycling is something that connects people, rich and poor, young and old,” Leclercq says. “Everybody has a shot at riding a bicycle, so it brings people together, and for this club, it’s perfect. We have upper school students working with middle school students, mentoring each other, teaching each other the skills they’ve learned and doing things they’ve never done before. It feels very powerful to take a mechanic completely apart and know that you can put it back together and make it better and make it more beautiful, and sometimes for an old bicycle, give it a second life.”

Farouq, a junior, has been part of the Bicycle Mechanics Club since his freshman year. He says he joined the club because he likes mechanics.

“In all honesty, I like the process of building a bike,” Farouq says. “Taking the parts out and then rebuilding it, it’s just very interesting for me.” 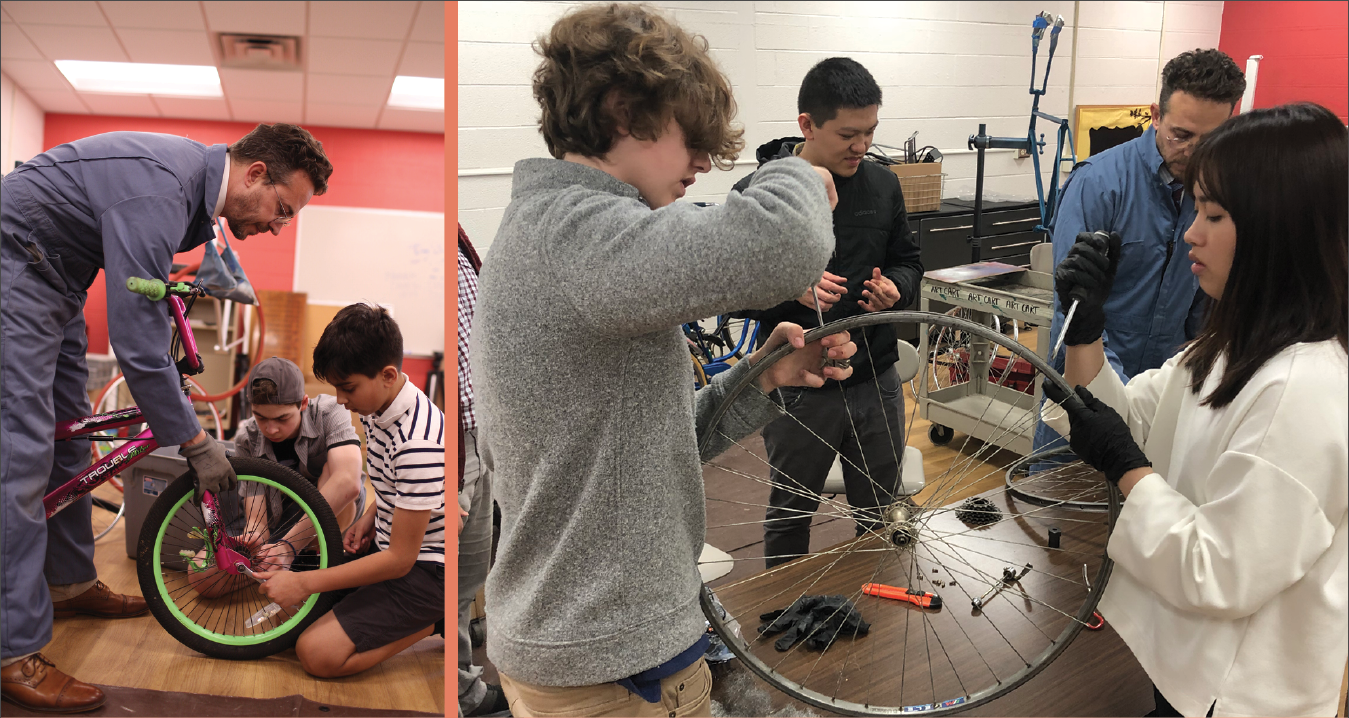