You have my permission to skip Thanksgiving. Seriously, if I invite you over to my house and you don’t show up, no hard feelings. We will still be friends on Facebook. I might even continue to “like” every gratuitous picture that you post of your cat.

The truth is, I’ve never hosted Thanksgiving, nor any event nearly so significant. I recall once co-hosting a Memorial Day barbecue, but Thanksgiving can be a bit more formal, ranking much higher on the holiday spectrum. Most guests show up having showered, some even wearing socks. I imagine that they generally set their expectations higher than hot dogs and beer.

And I would know. See, I have always been the Turkey Day invitee. I don’t have a tablecloth, crystal glassware or a desire to wake at 6:00 a.m. to start basting or mashing anything. Instead, I just show up at someone’s house, possibly with a side dish (wine is a side dish, right?), I say “please” and “thank you,” keep my elbows off the table and make sure to eat my required ration of yams.

It sounds easy, right? It is, until a second invitation is extended. Being welcomed into someone’s home on Thanksgiving is always something for which to be thankful. So, having two offers should be an absolute blessing. But the reality is that balancing multiple Thanksgiving Day invites can lead to a cornucopia of problems.

One meal might be highlighted by a turkey deep-fried in butter and rosemary, while the other one promises a bourbon-infused pecan pie drizzled in caramel. But it is never as simple as trying to determine which meal is more tempting.

“You have to come!” your aunt pleads. “Tyler is flying in from Denver, and you won’t believe what your cousin Lucy is doing with the giblets.” 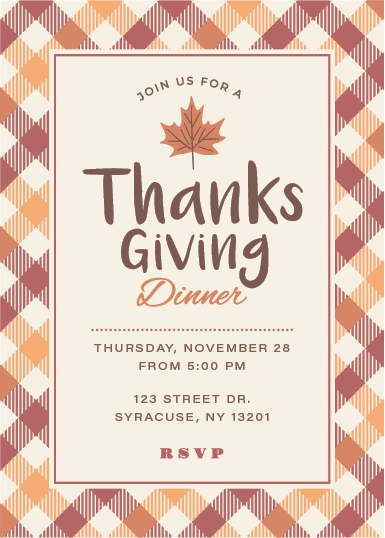 Before you even have a chance to ask about Lucy’s giblets, you feel the anxiety set in. You already promised your sister that you would be at her house by mid-morning, armed with your cornbread and a relish tray. But you forgot that your aunt had cornered you months earlier and made you commit to stopping by. Just like that, you are locked into two Thanksgivings, and you feel like a wishbone being yanked in two different directions.

With the holiday season upon us, a scenario like this is bound to happen to everyone at some point. Social obligations mount as the calendar winds down. In between all the shopping, you must accommodate work parties, neighborhood gatherings, visiting relatives, school concerts and holiday potlucks. And all of that stress kicks off in grand fashion on the fourth Thursday in November, the date generally considered to be the ultimate family get-together.

It began simply enough, early colonists convening with Native Americans to celebrate a bountiful harvest. But, over time, Thanksgiving has grown into our nation’s most revered secular holiday, a day for every generation to come together and share in a mutual appreciation of our most sacred gift. No, I am not talking about crescent rolls, the Dallas Cowboys or Black Friday doorbusters. I’m talking about family – the same family who will expect you to do anything you can to fit them into your schedule.

Your sister’s turkey will be done at noon. Your brother-in-law has his scheduled for 2:00 p.m. But your uncle’s family refuses to leave the house until the parade ends, as though they are afraid that this is the year Santa won’t show up. Your niece needs to be online at the precise moment that a limited quantity of headphones goes on sale. And your grandmother insists on watching the National Dog Show because she has money on a schnauzer. The chaotic agenda can be enough to make you want to stay home. It would certainly make getting on the scale the next day a lot easier.

Don’t get me wrong – I love Thanksgiving. In fact, I love any reason to start drinking at noon on a Thursday (my workplace frowns upon this). Most importantly, I love the skilled chefs in my family. If not for their generosity, I might be eating leftover General Tso’s Chicken straight from the carton. So, when someone is willing to spend six hours in the kitchen while I binge-watch every Friends Thanksgiving episode back-to-back, I am eternally grateful.

Still, attending two Thanksgivings can be hectic. The day already has a tendency to shine an unwanted spotlight on family dysfunction, so it is best to stick to a few rules that can help alleviate any headaches.

For starters, remember to RSVP. My mother tries to nail down the itinerary with a group text sent weeks in advance to a dozen people. Half the responses come immediately with detailed scheduling conflicts. The other half are sent the day before Thanksgiving, long after decisions have been made about the turkey size and the number of place settings. If the host adds another leaf to the table upon your arrival, you are doing it wrong.

Secondly, make a schedule and stick to it. When it is time to leave one house and head to the other, set down your pie, apologize politely and head to the car. Your hosts and the other guests might feign some sadness, but ultimately everyone will appreciate that you made time for them.

Most importantly, know your food limits. Wear your stretchy pants and pace yourself. Consider surrendering that extra helping of potatoes to someone who is not about to drive across town to repeat the gluttony. Your stomach will thank you later.

I will be holding myself to these rules again this year, allowing me to carve out time for a third Thanksgiving, in case anyone has an open chair. You won’t even have to feed me. I will just be visiting, sharing in the spirit of kinship. Because that is the real reason that I attend two Thanksgivings – the people.  Everything else is just gravy. 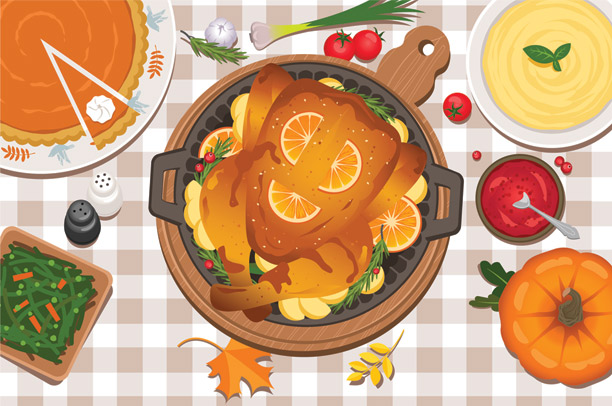 A Grateful Garland: Show what your family is thankful for with this holiday craft
Tail Wagging Fun: Lights on the Lake Dog Walk 2019
To Top