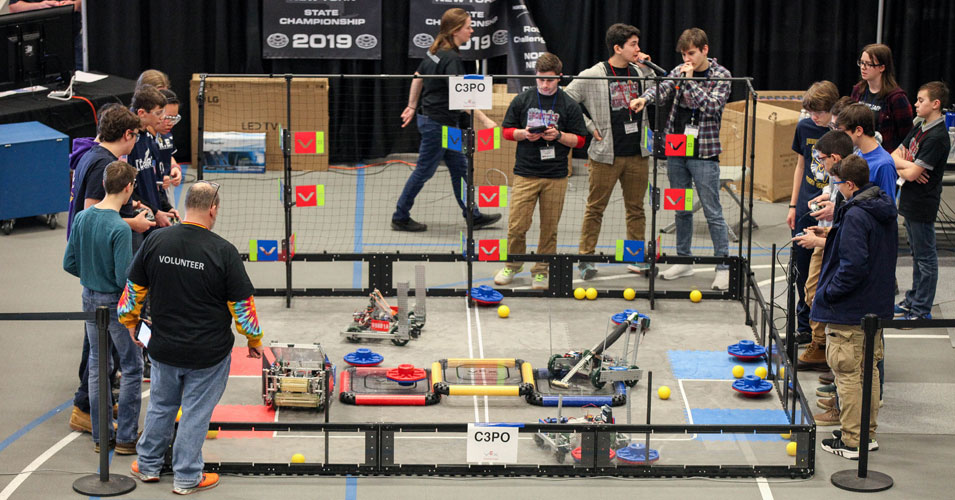 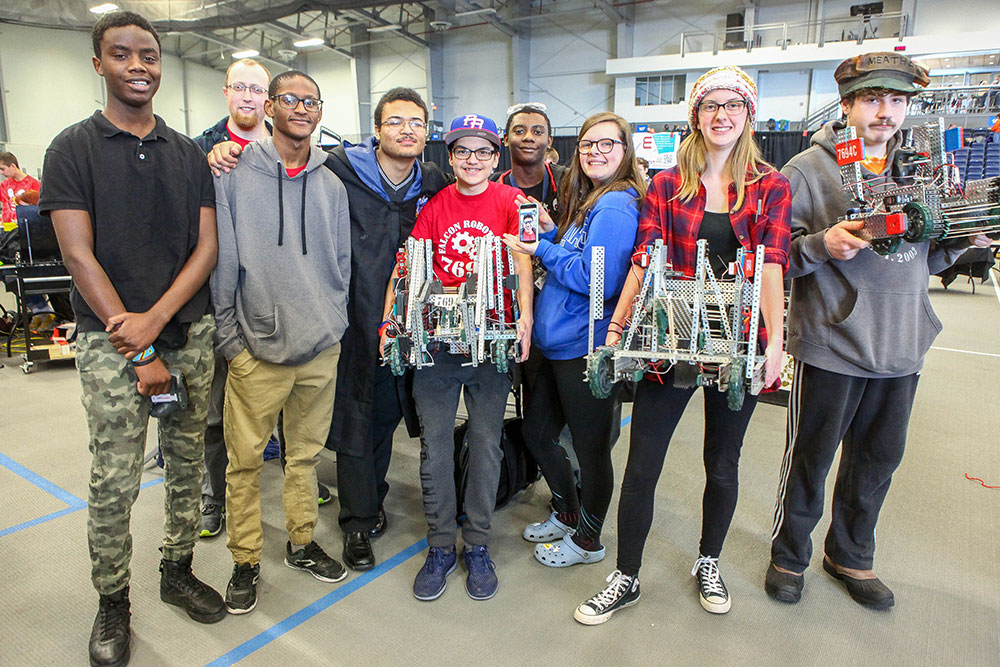 My favorite task was getting to work with peers around my age that had the same interests as me. We had a very optimistic environment as well as some good conversations working with the robot.

Technology teacher Edward Levine didn’t know anything about robotics or drones when he took over as adviser of the robotics club at Public Service Leadership Academy at Fowler High School. But, like his students, he’s learned a lot. “I have learned to emphasize the engineering design process for my competition teams,” he wrote in an email. “The technology keeps changing, but the structured problem solving and documentation approach works no matter what.”

The One Falcon Robotics Club has about 15 members in grades nine through 12. They meet daily after school to work on their projects. Students participate in science, technology, engineering and mathematics competitions including the CNY STEM drone challenge, the Syracuse City School District Cardboard Boat Race, and the state VEX middle and high school robotics competition (where the photos on these pages were taken). The club is called “One Falcon” to emphasize unity, even though members might be participating in different groups or competitions. “The students eat lunch together, stay after school together, and collaborate on fundraising together,” Levine says. 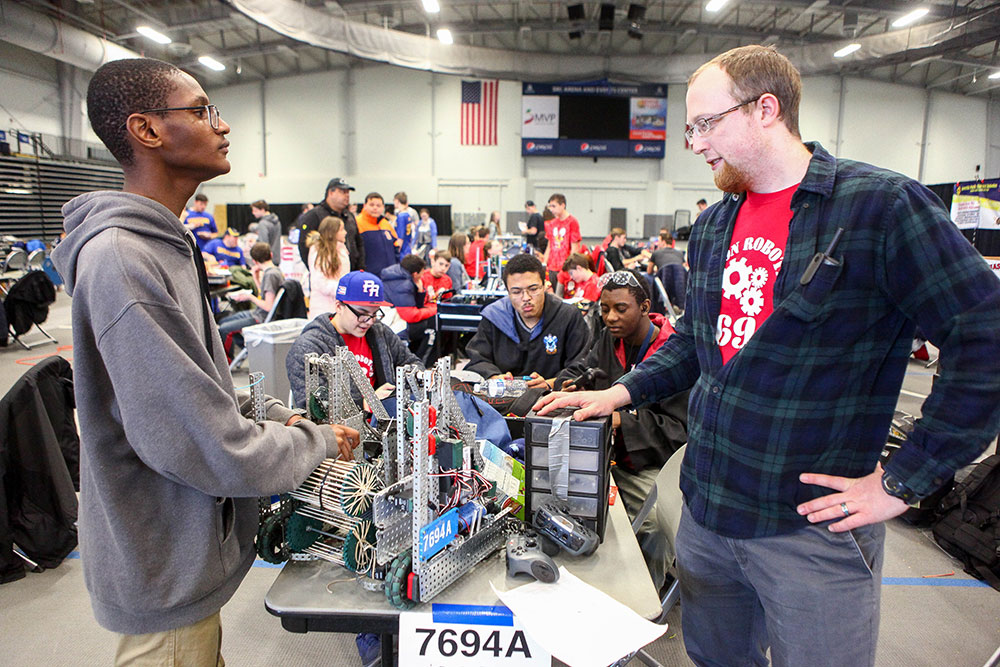 For robotics competitions, students had to design robots to perform specific tasks as efficiently as possible. “This year teams have completely rebuilt their robots several times,” Levine says. “Students in the club are constantly looking at their designs and deciding if a mechanism or part is worth trying to improve or if they need to dismantle it and go a different direction. Teams document their engineering design process in a notebook and also explain their work to judges at each competition.”

“I have learned how important testing is” to the process, says club member Kyla Mayberry, a sophomore. “Before robotics I never had to pay attention to variables when I did things; they either worked or they didn’t. Now I focus on what worked, what went wrong, and what I had changed prior to the test.”

Javon Harper, meanwhile, has discovered how to navigate the ins and outs of group dynamics. “Everyone has their ideas and inputs but don’t want to accept anyone else’s because they think theirs is better,” the high school junior says. “Times like that you need to either assert yourself and explain why your idea would work, or back off and take someone else’s advice.”

I really enjoy getting to build without blueprints. It forces me to get creative and think more critically about problems and solutions than I do on a daily basis.

Life Skills 101: When does a child learn to be a grownup?
May 2019’s Club of the Month: Ecology Club at Lyncourt School
To Top