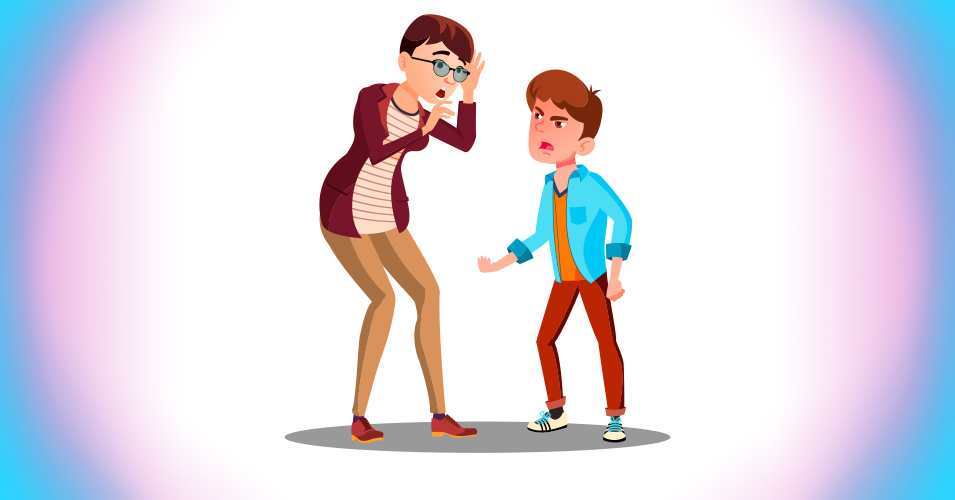 As our children get closer to adulthood, they develop a greater desire for independence and autonomy. We parents must prepare them for life without us. This is letting go.

The process is imperfect. When the balance between attentive parent and teenager-with-burgeoning-self-awareness is askew, harmony can be difficult to maintain.

As a parent to two teenagers—18 and 15—I’ve found myself in the midst of a fair share of disagreements. I still have a ways to go before I can declare myself a successful parent of young adults. But I can say that I’ve learned a few things about how best to navigate—and even avoid—arguments with teenage children.

Pick your battles. No matter how much we love our children, how much time we spend with them, or how much we try to influence what they are exposed to, stuff gets through. Sometimes we can’t help wanting to influence their choices in friends, clothes, music, driving style, or potential colleges. Part of it is a simple inability to let up on the parenting reflexes. But not everything is worth going toe-to-toe over.

I’ve had few arguments with my kids about clothing choices and “friend dramas.” Hair has been a different story. While my younger son has always preferred a close-cropped style, my older son experiments with long hair.

I dislike his (to me) unkempt hair so much that it becomes a “thing” between us. I’m not proud of it, and I realize that as much as I’m “positive” that his long hair is unflattering, it’s his hair. I stifle my grimaces when he comes home from college, and try not to express my opinion about it unless he asks. It’s an argument that I cannot win, because I no longer have any right to tell him how to wear his hair.

I’ve been less flexible when it comes to personal responsibilities. These have probably been the source my most heated arguments. Sure, it would be easier for me to clean the bathroom myself, but I am trying to raise young men who understand that household chores are the responsibility of every member of the household—not just the female ones. So, if someone slacks on his responsibility, he will hear about it. I usually don’t get a lot back in terms of a verbal argument; they know I’m not interested in excuses. (But if rolly-eyes were dollars…)

My oldest agrees that his lack of initiative has been the one thing we have battled about the most over the years. In hindsight, I take some responsibility for the problem. When my children were young, I didn’t encourage them to help with household tasks as much as I should have. When I recognized the mistake, I overcompensated by expecting too much. Arguments ensued, and I soon realized that instead of expecting my boys to be intuitive about what I think should be done to help around the house, I ought to just assign them specific tasks. It’s true, young people thrive with boundaries and clear expectations—not ambiguity.

Anything that touches on health and safety, I believe, is a battle worth having. My kids and I have argued over wearing bike helmets (“Don’t even ask!”), car usage (“No, I’m not letting you drive after 9 p.m. with a junior license just because your friends do.”), and curfew (“Nothing good happens after 2 a.m.!”). Most of the time, kids can’t argue with the simple fact that you love them and want them to be safe.)

Avoid power struggles. My children and their friends have grown up in a culture where technology is omnipresent. My husband and I didn’t allow our kids to have cell phones until they could use them appropriately. But I’m starting to wonder if there is ever a good time to introduce a portable computer to a young mind. (It doesn’t help that I am largely indifferent to modern technology, while my husband loves it.)

When my sons were younger, controlling phone use was much easier. Today, with teachers using Google Docs and other online programs for communicating and distributing assignments, students often need to use their devices throughout the school day.

Now that phones are study tools, my rule that phones be put on the foyer table as soon as my sons get home doesn’t work. My younger son and I disagree almost daily about how often he really “needs” his phone, but to save everyone’s sanity, we hammered out the key aspects of phone use regulations and put the results in a contract.

Sure, I could keep saying, “We pay for the phone so it’s not really yours.” Or make endless threats to take it away—only to hand it back a day later when he is traveling for a sporting event and needs to be reachable. With a contract, my son knows what the expectations are, and he knows what the consequences are if they are not met. A contract also allows my son to see his own contributions to problem solving in writing. And if a change needs to be made, we discuss and alter the terms of the contract.

Accentuate the positive. When our children begin to take the reins of their lives, we may not always like where they’re headed. I could fight with my youngest about why he should take his grades in English more seriously. But I’ve learned that discussing options for improvement works better. And I try to start those discussions by reminding him of the things he does well.

I could argue with my older son about the fact that he didn’t work enough hours over the summer and needs to get a job now that he’s in college. We do debate over his still-developing time management skills—but I also tell him that I’m proud of how hard he is working on his coursework and that I am excited to hear about everything he is learning in his classes.

Parenting is a long road, and none of us have easy answers. I’m willing to put in the work to make sure that the arguments my kids and I have now will leave minimal collateral damage. Let’s face it, I want these guys to keep coming back for dinner table conversations every once in a while when they are well into their twenties, thirties, and beyond.

According to my youngest, there’s no point to arguing anyway.

“Fighting…with you?” he said, laughing, when I asked him his thoughts about me writing this column. “Just tell them the truth, Mom—that I always win.”

Ditching High School: How I graduated early and saved my sanity
Beat the Super Lice: How to overcome a hair-raising problem
To Top