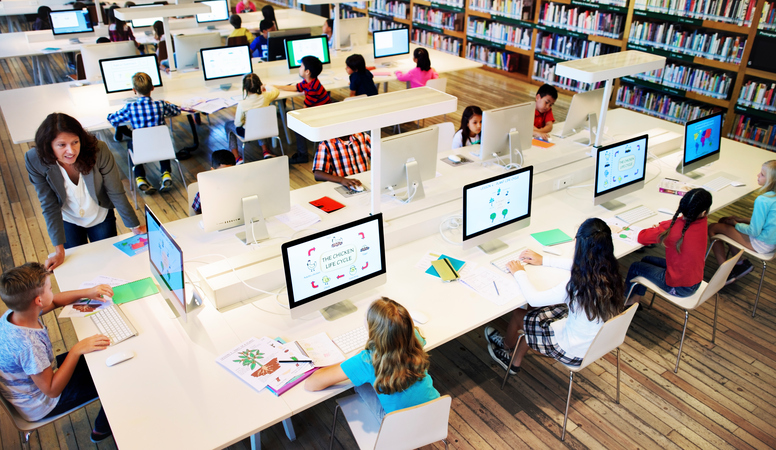 It was an ordinary Tuesday afternoon when it happened. I was helping my daughter, Sadie, with her homework, mulling the different strategies for attacking an algebra problem that had her stumped. I had nearly revived my familiarity with variables and coefficients when Sadie held up her paper.

“Got it,” she said casually. “X equals minus seven. I used the quadratic formula.”

“Of course,” I replied, pretending her words didn’t sound alien. That was it. My daughter was officially smarter than me. She was only in eighth grade.

I’ve had a few years to reflect on that moment, as Sadie will be a junior at Liverpool High School this fall. Each new semester that she begins has proven to be a daunting refresher course for me. The subjects are still the same — Science, English, Social Studies, etc. — but they seem to have dimmed in my memory in the three decades since I graduated.

I can blame some of that on the passage of time, my accumulation of useless sports trivia and the fact that Global History is aggressively dull. (Yeah, I’m looking at you, Mongolian Empire!) But I’ve also determined that my brain might not be entirely at fault. Education itself has evolved — a lot.

“Her new calculator cost as much as my first used car; it can graph polynomials, dice carrots and smell fear.”— Neil Davis

Technology bears much of the blame. It seems like the entire world turned digital overnight. Textbooks are often online now, allowing for interactive bonus material in the form of videos or questions. Students doing projects have traded in poster board for software programs like Prezi, which takes slide shows to the next visual level. Assignments and other teacher communications can be managed through Edmodo or Google Classroom, web services that offer collaborative coaching platforms for grades K-12. You read that right: They can start as early as kindergarten! Because finger paints and keyboards are a wise combination.

As the future becomes more high-tech, the past I remember gradually fades. In the same way that my father would speak fondly of his slide rule, I find myself reminiscing to my daughter about typewriters, the toxic aroma of ditto paper, or my first computer modem, which let me communicate with exactly three other people. The nostalgia seems lost on Sadie, as she has grown up in the information age. Her new calculator cost as much as my first used car; it can graph polynomials, dice carrots and smell fear.

Even those beloved Trapper Keepers are no longer safe. Sure, they still exist, but Sadie and her classmates were issued school-owned Chromebooks last year. Who needs eight pockets and a Velcro flap when your laptop can store the equivalent of a Prius-sized three-ring binder?

Of course, it’s not just how kids are learning today that has changed: It’s what they’re learning. In 2010, the Common Core State Standards Initiative outlined the requirements for what a student should know at the end of each grade. It’s been a controversial issue since its inception, especially among parents struggling to keep pace with the developing curriculum.

I can commiserate. If there is one thing I’ve noticed about the Common Core, it is this: At its core, it’s not all that common, at least not to a dad who closed his textbooks 30 years ago.

Math has been around for thousands of years, so the last thing I expected it to do was change, but it somehow did. It’s more conceptual and illustrative now. Students use area models, decompose numbers, and examine the underlying relationship between fractions. In my day, we just did math.

English has let me down, too. Although I was excited to learn that Mark Twain and Edgar Allan Poe are still required reading, some currently acceptable grammar rules would make my fourth-grade teacher pull her hair out. You still can’t dangle your modifiers: Don’t even think about it. However, it’s perfectly acceptable to carelessly split infinitives. I was also taught not to begin sentences with a conjunction. But now you can. And it’s completely fine.

What about science? Science principles are infallible, so all that cool stuff I learned back in school must still hold true. Except it turns out that there are five oceans now instead of four, diamonds are not the hardest substance on earth, and dinosaurs likely had feathers. Pluto isn’t even a planet anymore.

Researchers and engineers just won’t stop redefining our universe; since my graduation, they have cloned mammals, landed probes on Mars and invented the Snuggie. A blanket with sleeves! How can they possibly top that?

At least there’s still history. Scholars can’t simply rewrite the past, right? Actually, maybe they can. See, Van Gogh might not have cut off his own ear, and Napoleon might have been much taller than originally believed. Edison didn’t “invent” the light bulb so much as he perfected someone else’s idea. And Columbus didn’t exactly “discover” America as I once learned; the Iroquois who resided here in Central New York in 1492 would likely agree.

To make matters worse, I apparently have forgotten an entire four years of French. My current foreign language skills extend no further than the menus at Starbucks or Taco Bell. “Chalupa Supreme!” “A Caramel Macchiato, please!” Despite all this, I held out hope that there might be one class I could still ace.

“What are you doing in gym?” I asked, assuming that few advancements had happened in softball or swimming.

Apparently, the world never stops changing, nor does our understanding of it. Today’s children aren’t necessarily smarter than their parents. But they are growing up with new learning tools, and with an expanding perception of the same subjects that have always been considered the foundation of knowledge.

Our job, as parents, is to both trust and question the education system that is molding our children’s minds. To show up on Back-to-School Night, pay attention and try not to ask “Hey, where did all the chalkboards go?” To help guide them into this rapidly developing future, one baffling algebra problem at a time.

Neil Davis works at Bristol-Myers Squibb and lives in Liverpool with his daughter, Sadie, age 16.