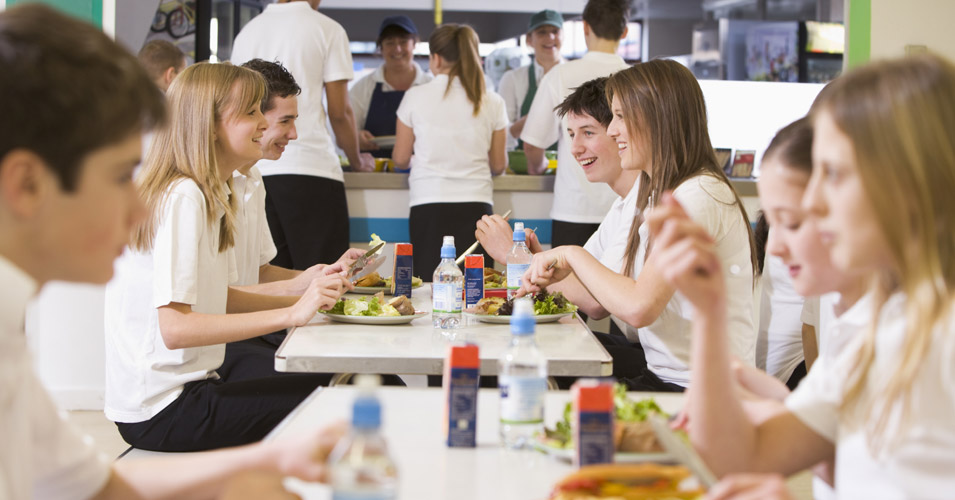 I have come to realize that there are individuals in this world who have a natural grace around people with disabilities. I am sure this partly comes from upbringing. Exposure brings a comfort level. Some people just get it.

On this particular evening last year, I was feeling harried and cranky. It was show week. Late rehearsals. Homework fallen through the cracks. Children ejected daily out of bed operating on fewer than optimal hours of sleep.

My children take part in a community theater program, and it is a tradition of the program that cast, crew and families go to a Chinese buffet to celebrate opening night of every show. The kids were in post-production euphoria. I, on the other hand, was exhausted and just wanted to go to bed.

The entrance fee for said buffet is $11. This does not seem a lot for unlimited eating, and trust me, most get their money’s worth. But my 18-year-old daughter, Amanda, has celiac disease. Celiac disease is an autoimmune disorder that affects people if they eat anything containing wheat, barley or rye. This means, besides some of the sushi, she safely could have $11 worth of salad, white rice and ice cream.

You can imagine my joy as I parked in the lot at 10:15 p.m. Usually Amanda and her best friend go together, but her friend was not feeling well. Apart from me, Amanda was flying solo.

Amanda has Down syndrome, as does her best friend. They have been in this program for years. They love performing. This love has fed their friendship. They are like two peas in a pod. They sit together during rehearsals. They watch from backstage during performances. They help each other during costume changes.

My crankiness increased, because since her friend wasn’t there who would Amanda sit with?

I knew who she wanted to sit with: one of the lead boys. This young man not only did a tremendous job with his part, which made him sparkly, but he was nice as well. He was friends with the rest of the leads in the show. Amanda was not a lead.

We arrived a bit earlier than most. My 13-year-old son, Jason, went off to join his own younger group of friends and we didn’t see him again until it was time to leave. Amanda placed her assigned napkin-wrapped fork and spoon on a table. She then headed to the buffet area. I trailed behind telling her, due to her celiac disease, what she could not have. Which was pretty much everything that looked in any way appetizing.

She was not enjoying my presence. What teenager would? Don’t forget I’m cranky, so my delivery was perhaps a bit curt. We finally headed back to the dining area. By now the whole gang had arrived.

The older kids had pulled multiple tables together and were in a big long line. The seat where Amanda had placed her utensils was filled by someone else. There were no free spots.

There was laughing, emoting and post show de-stressing. None of them saw Amanda standing with her tray looking ever so hopeful for an invitation to sit down. None of them noticed her face go from happy to sad. None of them saw her shoulders slump as she turned back to me with a questioning look.

I stood, attempting to Jedi Mind Trick one of them into turning and saying, “Amanda, do you need a seat? Here, you can sit next to me.” But the Force was not strong within me.

I am not proud to admit this, but I felt intense anger and frustration at that moment. Yes, teens are wrapped up in the moment, but couldn’t just one see? I know parents want to stay out of their children’s friendships, but wouldn’t one step in?

I slunk up next to Amanda. “Come on, honey, let’s go sit somewhere else. There is no room at the table.”

Amanda’s face fell. She took her plate and glass and wandered to the farthest possible table from the rest of the group. I followed, muttering under my breath.

It became apparent she needed silverware and a straw. Her originals were somewhere in the sea of teenage fun.

Still thinking horrible thoughts about children in general, I went and slowly gathered the missing items. I needed a few moments to compose my face into some semblance of a smile. I tried in vain to think of a way to sell having post-show dinner with your mom instead of your fellow cast mates.

I rounded the corner, utensils in hand, and was greeted with the most radiant smile I have ever seen. “Mom, guess who is sitting here?”

I looked around and saw nobody, but there was a napkin bundle directly across from her where previously there had been none. Before I could guess, she gave the name of THE boy. I was beyond skeptical. I put my purse down and tried to summon the words to explain that that wasn’t going to happen.

I turned back and lo and behold, HE was sitting down, with a plate of food, asking Amanda if she had a good night and enjoyed being in the show. She answered, and they continued to chat.

I quietly crept over to the “adult” table with tears in my eyes. I bowed my head and uttered a huge apology prayer to God. This boy could have walked past Amanda and pulled up a chair with the other kids. He could have chosen not to see her alone, far from the gang. But he didn’t. He understood she was a cast mate who needed company for dinner.

When I looked back at the table I saw others had joined them. Amanda was now surrounded by kids. My crankiness disappeared for good, replaced with gratitude for those who see and get it.

Somebody to Talk to: Parents can successfully explain therapy to a child
Digging Dirt: Kids who garden reap all kinds of bounty beyond fruits and veggies
To Top