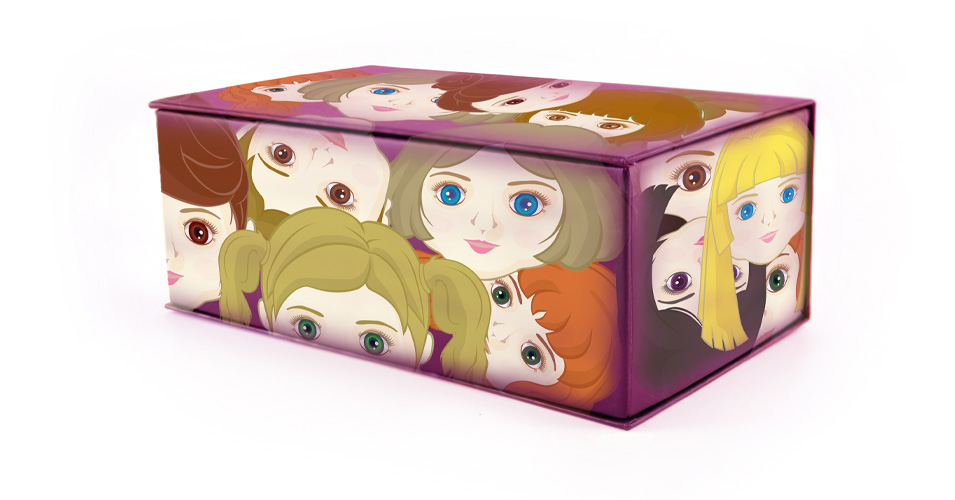 That shelf of books on mean girls and childhood friendships? I read them all and still screwed up.

For years, I’d been poised to identify and caution my two daughters against the potential bad apple. Yet the real threat—the nice girl—I overlooked. These kids are disarmingly polite, dress neatly, and speak like a network anchor, but watch out. They’re proof of why we sometimes have to trust our kids’ judgment.

My older daughter, Jaye, was shy in kindergarten. (All names in this story have been changed.) Once she found her tribe, she moved through elementary school surrounded by friends from different backgrounds. But another mother with high schoolers told me, “It won’t last. By ninth grade, they’ll split by neighborhoods: village kids, McMansion kids, apartment complex kids.” Cynical, I thought. Then seventh grade happened.

By high school, my friend’s prediction had come true.

I didn’t question Jaye until junior year, when Jessica’s mom buttonholed me at the supermarket. “It’s too bad our daughters don’t hang out anymore. Jess says she’s tried, but Jaye sticks to her own crowd.” They shared the same interests, and the Ching/Chang incident was history. So why weren’t they friends?

“I ran into Mrs. Richards,” I said at dinner. “She told me Jessica’s invited you to do stuff, but you always say no. How come? I like Jess. She’s nice.”

Jaye frowned. “Sure, Mom, I’ll hang out with Jess—if you want me to get drunk or stoned every weekend.”

So I was wrong about Jess. But with my younger daughter, Em, I’d already spotted the wolf in sheep’s clothing in her crowd.

The opposite of Jaye, Em entered kindergarten a wild child but eventually joined a smart, studious group of girls. They were tight as only female cliques can be, and clever enough to form an acronym of their names: DREAM.

The one nightmare was Alexis, a girl who said hurtful things and offered cruel advice preceded by, “I’m telling you because I care.” Em was a prime victim whose doll-head phobia made her easy prey.

As a child, Em tolerated playing with dolls, but a head peering above a blanket sent her screaming. Once the girls outgrew toys, Em seemed past her fear. By eighth grade she’d begun to break away from the DREAM team, listening to heavy metal bands and wearing black—tastes the other girls didn’t approve of. Megan, the group’s quiet leader, always pulled Em back. I was grateful for this thoughtful friend who watched over my daughter and was a good influence.

That year at Em’s birthday party, Alexis presented a beautifully wrapped package. Tearing away the paper, Em shrieked. I saw a box covered with doll heads, painstakingly cut out of toy catalogs and glued on.

“What’s wrong?” Alexis  said with a smile. “Don’t you like it?” Inside was an expensive hat, scarf and mitten set from Em’s favorite store, but in pink—a color Alexis knew Em hated.

Afterward, I blew up. “What is wrong with Alexis? I’m this close to calling her mother.”

“Well, the other girls are nice. Megan especially. I’m glad she looks out for you.” Em said nothing. And didn’t, for many years.

Now 21, Em’s revelations about the past still startle me. I mentioned I was writing about children’s friendship issues from a parent’s perspective. Would she mind if I included her experiences?

“You mean you’re writing about Megan?”

I’d known their on-again, off-again friendship hinged on convenience. Em was the last-minute playdate, invited only when everyone couldn’t make it. She typically did what Megan wanted. But finally, Em told me, she’d had enough.

One afternoon, while swinging in the backyard, Megan wanted to go inside and play with dolls. Em didn’t. “I’m the guest,” she said. “Don’t I have a say?”

Megan glared. “You don’t get it, do you? I invited you over so I could have fun. We’re going to do what I want because you’re at my house. You’re my friend. You’re supposed to entertain me.”

“After that,” Em said, “I was confused. That wasn’t how I saw friendship. I thought friends liked being with each other—that everything friends did together was fun. I began worrying about my role as a friend and what I was supposed to do. It’s made me insecure about friendship. I find it hard to make new friends.”

I felt sick. It was my fault for urging Em to spend time with a “friend” who treated her as just another plaything. For not understanding that Em’s withdrawal from the group was actually her effort to assert herself and gain independence.

Parents walk a thin line between intelligence and ignorance. Our life experiences may provide long-term insights our kids’ lack, but we don’t have the full picture. Friendship is the first test, but there are many others, including first love, first heartbreak.

Knowledge gaps provide space for our kids to try and fend for themselves. You want to throw out your arms and protect them. I did. But you have to let your kids stumble. You have to let them fall. Stand on the sidelines with a first aid kit if you must, but let them fall.

You have to, because that’s part of growing up. They’ll never learn to heal if they never get hurt.

The Coping Toolbox: Good habits help kids deal with anxiety
How to Satisfy a Teen’s Hunger: A chicken-wing makeover removes fat but retains heat
To Top