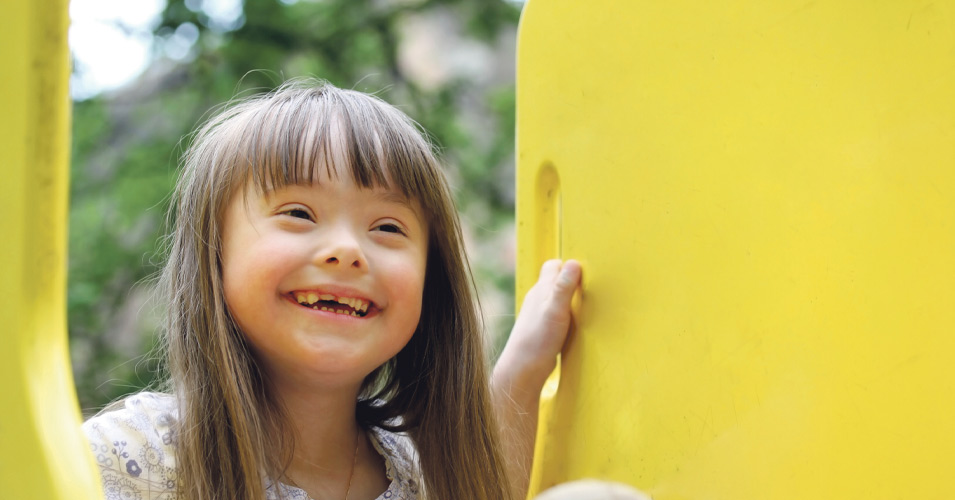 “My second child is so advanced cognitively and physically,” one parent said, “that it is hard to compare him to my first child with special needs.”

I listened suspiciously from my seat. I was attending an advocacy meeting for parents of children with special needs. My daughter, Amanda, was 4. She has Down syndrome and a host of medical issues that have affected her development. I was pregnant at the time with our second child, Jason.

I had heard similar comments at various venues before. The family with the oldest child that has special needs with a brilliant younger sibling in the same house. How gifted, advanced and precocious little “so and so” was.

How could this be? There were not that many Einsteins in the world, were there? And always in a house where the older child had special needs? I figured these parents were delusional and trying to make themselves feel better.

Then Jason was born.

My suspicion turned to understanding. What became clear was that typical development is mind-blowing.

When Amanda was born, we bought the book What to Expect the First Year. We thought it would offer us the infant insight we were lacking. We realized having a child with special needs changed our milestone timeline. Still, we wanted to know what the typical world expected for child development.

Each chapter the list of achievements grew. Each month we saw Amanda falling behind in more areas. We adjusted our expectations regarding her progress. Who cared if she was not making babbling noises at the right month? Who was going to remember if she didn’t walk at 1 year? We closed the book on What to Expect for good.

So her progress became our normal. The term “baby steps” held multiple meanings as we inched toward our Amanda goals.

We learned sign language along with pre-speech skills to promote babbling, baby sounds and eventual speech. Our family room looked like an obstacle course for years while we encouraged her to go from commando crawling, to cruising, to walking. We used clothespins, squish toys, hole punchers, special grips—all in the attempt to develop a proper pencil grasp.

I couldn’t understand why other mothers didn’t stop to marvel every time their typical 3-year-olds went down the slide alone. Didn’t they know the motor planning it took to climb up the ladder? The core strength to hold themselves upright as they went down the chute?

How could they not be in tears at dance class when their little ballerina jumped over the pretend snakes on the floor to learn how to grand jete? Did they comprehend the coordination it took to have continual forward motion? Not to mention getting both feet off the ground? They seemed more interested in their Starbucks coffees and where to get the best manicure, all while a miracle of movement happened not five feet away.

Once I had Jason I understood: Typical development just happens.

The first time Jason picked up a crayon he used a three-finger grasp. No one had to teach him.

When he was 1, we propped him against the couch, gave him a little push—and off he went. From that moment he was walking.

He climbed. He jumped. He ran. He learned his letters. He spoke in sentences. He tied his shoes.

With Amanda, when a goal was finally achieved, we celebrated our combined effort and marveled at her progress. Her joy was our joy. The happy tears streaming down my face in dance class were not for stepping over a rope. They were for the years of pre-walking practice, balance coordination, and bravery it took to get there.

With Jason, if I didn’t watch closely I would miss that he had reached another milestone. He learned by observing. He mastered by trying on his own. It seemed to happen way too fast.

I am convinced this is why parents of children whose oldest has special needs view their typical younger child as brilliant. These parents know what it takes to achieve each goal. They have, in many cases, worked with their child intensively to hit targets. It seems inconceivable to them that a wee baby or toddler can be successful with next to no parental assistance.

I am also convinced that the parents who only know typical development sometimes take it for granted. How could you not? In many cases it just happens, even when you are not looking.

My children have taken me along different milestone paths. I feel lucky to have experienced two sides of development. Through exposure knowledge has grown. I’ve learned to be patient, to acknowledge accomplishments, and to not compare children. Maybe these are my parental milestones. I am certainly not exceptional, but I am plugging along, at my own pace.

Becoming a Dad: First-time fathers have their own concerns
After the Baby: New motherhood demands adjustment
To Top