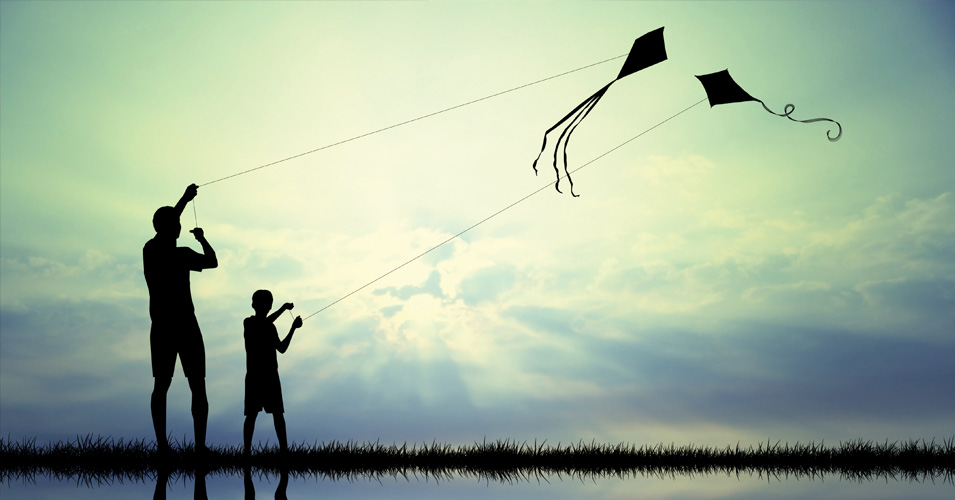 Deborah Cavanagh’s note: My husband and I had different ideas about family before we were married. He wanted five children. I favored one. He thought about having children right away. I preferred a bit of a wait. He wished for boys. I fancied a girl. We compromised; we thought we had it all planned.

Here is Brian’s view on fatherhood 20-plus years later:

My daughter, Amanda, and I have always been close. When she was born she knew me from the sound of my voice. She was part of me. Amanda was born with Down syndrome and other medical issues that made her first few years difficult but didn’t diminish our bond.

When Amanda was younger, she liked to play sports and games with me. We went to the park together, played baseball, basketball and soccer. While she never really aspired to be an athlete, she loved to be outdoors and enjoyed the games that we played together.

As she grew older, she became interested in music and theater. She joined a drama program that put on musicals and this quickly became her favorite activity. At home, she would watch videos of her plays and dress up as the characters to act out their scenes. When not watching videos she would go to her room to listen to music and dance. She was suddenly no longer willing to come outside to play sports with Dad. In short, she became a teenager.

To make matters worse, a boyfriend entered the picture. Now, I’m just as overprotective as the next dad and always feared the day when boys would become a part of her life. I was not ready when I heard that she had met a boy at school and was calling him her boyfriend. I wanted very much not to like him. But eventually I met him and found him good-natured, polite, respectful, and—most importantly—he genuinely seemed to care for Amanda. So I came to accept this as a sign of her march toward independence.

She is now 16 years old. As part of her school program she plans to start working at jobs in the community next year. Although she and I don’t spend as much time together as we used to, we still have our moments and we will always be close.

It’s typical for young boys to be closer to their mothers when they are babies, but my son, Jason, took this to a whole new level. Jason is four years younger than his sister. From the day he was born he wanted to be held constantly by his mom. As a toddler, he would sometimes not even look up when I came home from work. But if his mother left the room for a minute he wanted to know where she was and when she was coming back.

As he got a bit older he started to realize the benefits of Dad. I knew stuff about sports. I rode bikes with him. We spent hours together setting up tracks for his Thomas trains. Maybe I wasn’t so bad after all. We eventually became friends and playmates.

As he grew, I coached him in baseball and basketball, the sports I most enjoyed as a kid. But soon he chose soccer as his favorite sport. Not a problem: I also played some soccer as a kid, and I still play with him and help coach his team today.

Jason then discovered an interest in music and acting. He got involved in the same theater group as his sister. He discovered he loved being on stage and singing. He also plays piano and saxophone. I don’t have a background in any of these things so I can’t really help him. Instead, I enjoy watching him learn and develop more confidence when he performs.

I’ve come to realize that my kids are not living the life I expected, but I get to watch them becoming independent people. Despite my attempts to influence them, my kids are both making their own choices and doing the things they like.

Desmond Tutu said, “You don’t choose your family. They are God’s gift to you, as you are to them.” If I had been given the ability to choose, I’m sure the experience would not have been nearly as rewarding. I will continue to try to influence my kids’ choices but will also be happy and excited for them when they surprise me by going their own way.

My Father Does Know Best: But it took me a while to figure it out
Real Dads of CNY: Four fathers reflect on parenting at different ages
To Top