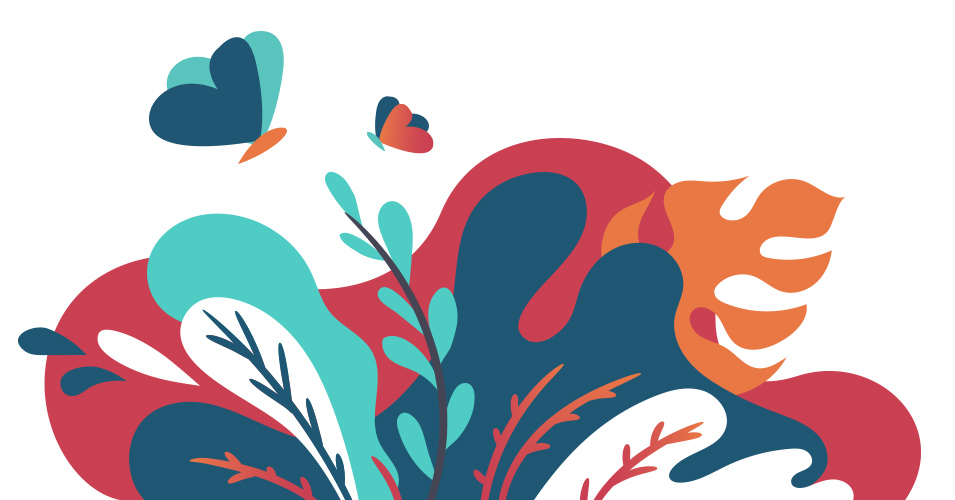 Parents constantly give messages to kids about what bodies are supposed to look like, whether they are conscious of it or not.

Sometimes parents’ words or actions convey that certain bodies are not good enough. These negative messages can contribute to diminished self-esteem, eating disorders and other problems. “Diet culture”—the ubiquitous images and words that persuade people to engage in deliberate weight loss—adds to the challenges.

But you, the parent, can help your kids feel comfortable with their bodies, eat healthily and choose physical activity for the fun of it.

“I remember my aunts dieting when I was just 4 years old,” said Holly Lowery in an e-mail interview. “And from that moment, I internalized this idea that adult women diet.”

Lowery is now the education and communications director for Ophelia’s Place, a nonprofit located in both Liverpool and Gilbert, Arizona. Ophelia’s Place is dedicated to helping people, their families and communities “impacted by eating disorders, disordered eating, and body dissatisfaction.”

When she got older, Lowery began dieting, which set off years of disordered eating. The National Eating Disorders Association defines healthy eating as “when one mindfully consumes food when hungry and is able to stop when full.” Disordered eating, on the other hand, may include controlling food consumed, having the same thing for lunch each day or cutting out a major food group. For some people this may be a manageable way of life, but for others it can trigger obsession over food and exercise that leads to eating disorders.

Eating disorders are illnesses including anorexia nervosa and bulimia in which people experience severe disturbances in their eating behaviors and related thoughts and emotions, according to the American Psychiatric Association.

Typically, a person with an eating disorder becomes preoccupied with food and body weight. Research done in 2012 and 2016 found that young people from age 15 to 24 with anorexia are at 10 times greater risk of dying than their same-aged peers. Eating disorders are the third most common diagnosis in adolescent females (they do occur but are far less common in young men).

After local author Harriet Brown’s daughter Kitty was diagnosed with an eating disorder at age 14, she became, as Brown puts it, “hypervigilant about the things I said about food and eating and the things that anybody said in front of her.” Brown soon found, though, that she was unable to control food and body conversations at a family gathering, despite having asked relatives to avoid such talk.

“Even if you’ve never said anything about a kid, never critiqued a child, it’s so much a part of the culture,” she said. “I think one of the things that you learn is that we talk about food being ‘bad,’ we talk about being unhappy about our bodies as a way to bond, with other women especially.”

Central New York psychotherapist Nicole Christina said that parents who complain about their own bodies send negative messages to children and teens. While mothers may be more likely to complain about their weight, fathers can broadcast disapproval of their looks as well. “What I have seen with dads is not as much commentary as their own behavior, like ‘I have to run 10 miles a day’ or ‘I can’t eat fat, I can’t eat carbs,’” she said.

Harriet Brown has written several books, including Brave Girl Eating: A Family’s Struggle with Anorexia, and Shadow Daughter: A Memoir of Estrangement. Through painful experiences during her own childhood and her daughter’s adolescence, she has developed strong opinions about the impact parents can have on their children’s self-images when they complain about their own weight or body type.

“You’re modeling self-hatred, you’re modeling the idea that you have to earn the food that you eat by purging your calories, one way or another,” she said. “These are the kinds of social behaviors that we are hard-wired to learn from our parents and so we do.”

Holli Zehring, director of Ophelia’s Place in Arizona and a mother, posted on the nonprofit’s blog about her efforts to “not idolize thinness” after her daughter made a comment on how skinny legs are better than other types.

“We have to start having these sometimes difficult conversations with our children,” she wrote. “If we are to one day live in a world free of disordered eating and body dissatisfaction, we have to help them understand that fatness isn’t inherently wrong. We have to let our children know that all bodies are good bodies so that they do not waste their precious talents, hearts and energy on worrying about measuring up to our society’s rigid and unrealistic appearance ideals.”

Nicole Christina, who also hosts the Zestful Aging podcast, said that if you are worried that your child weighs more than her peers, assess her overall health. “What are those kids’ vital signs? If their vital signs are good, there’s a lot of room to be at different weights.”

“I would make sure that the diet is healthy,” she continued. “You buy good stuff and you don’t restrict and if you like Oreos, then you eat Oreos in a way that’s mindful and you enjoy them.”

The experts interviewed for this article agree that encouraging a child to enjoy movement—rather than exercise with the goal of burning calories or changing body shape—is an important distinction to make.

Lowery said, “Encouraging our kids to walk more, help us in the garden, ride their bikes versus watching TV on a nice night, playing sports they enjoy, are all good ways to help our kids enjoy moving their bodies versus trying to get them to exercise more.”

• The books Body Respect and Health At Every Size by Linda Bacon.

You can also hear an interview with “Cat” Schuller on Nicole Christina’s Zestful Aging podcast: www.iheart.com/podcast/269-zestful-aging-29274050/episode/catherine-cat-schuller-the-29506706/

Life Skills 101: When does a child learn to be a grownup?
My Name Is Mom: How much of me is tied up in being a parent?
To Top