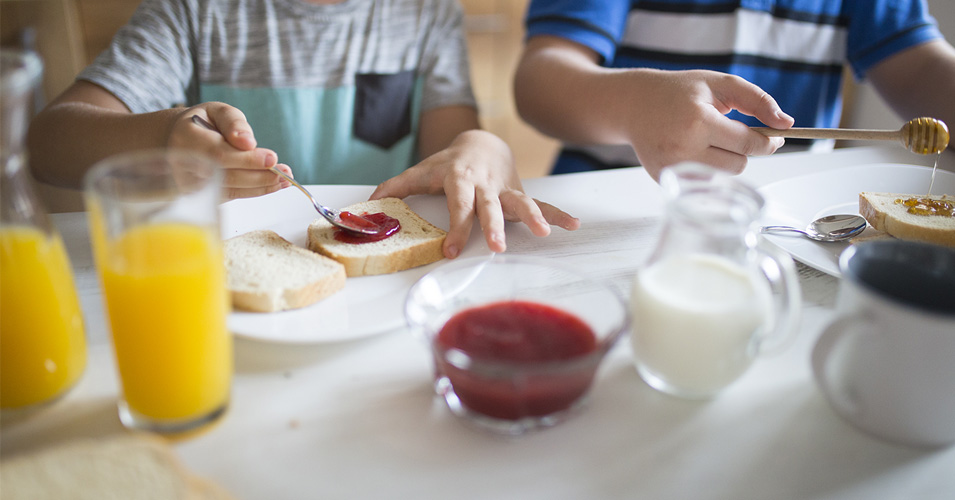 It was a brief moment of freedom, one Hannah Kinne hopes to taste again soon.

One day, her father needed to pick up her mother at the airport. Hannah needed to have access to their house because she’d be arriving while he was gone. For the first time, the 13-year-old was allowed to have a house key to let herself in the front door.

“I felt trusted and stuff,” Hannah admitted. “I wish I had one full time.”

Although neither Hannah nor her 11-year-old brother, Alec, regularly carry keys to the house, they are allowed, at their ages, to stay behind locked doors for short periods of time. “We have left them home alone, where I can lock them in, secure that they’re home and safe and not going to go anywhere and nobody can come in,” said their mother, Sarah Kinne.

Most parents struggle with such questions: When is my child old enough or mature enough to be left alone? And for how long? Under what circumstances?

For Rhonda Hawes, a single mother of four, it depended on which of her children she was leaving. “I didn’t leave Carleigh home alone ever,” she said of her elder daughter, now an adult. “She was way too busy. I did leave Josh (her elder son, then 8 or 9) home alone while running to the store, about a mile away. I would designate where he needed to stay—couch, bathroom, no microwave—and that he had better be sitting there when I got home.”

Alice Honig, a child development expert and professor emerita at Syracuse University’s Falk College, has identified factors parents and guardians ought to consider when deciding whether to allow a child or children to be left alone. Age is one consideration.

“Some people’s kids at 10 aren’t quite ready, and some people’s kids are extremely mature,” Honig said. “I was at a meeting once, and this little 5-year-old saw that his baby brother was crawling toward swinging doors in that facility. He ran to the doors, put his arms on both sides so that if his little crawling brother got near them, he wouldn’t be hurt.”

New York state does not have a law that stipulates at what age children may be allowed to be home alone. However, the New York Office of Children and Family Services suggests on its website that “some children are responsible, intelligent, and independent enough to be left alone at 12 or 13 years of age.”

According to the Child Welfare Information Gateway, only three states have laws regarding a minimum age for leaving a child home alone: Illinois, 14 years old; Maryland, 8; and Oregon, 10. That’s a fairly large spread and provides evidence that you want to consider factors other than just age.

There are three major child temperaments, according to Honig. “Kind of shy, hesitant about new things, scared of change or peculiar situations like being left alone when you haven’t been before,” she said. “Then there are kids who take things easily. And then there are very excitable, trigger-y children who react with a lot of emotion to new things or different things. So you want to know your child’s temperament.”

Rhonda Hawes considered her two older children’s temperaments, in part, to make decisions on which one would be best to babysit the younger ones while she was out. Her daughter was more patient than her son. “I always felt like it stressed him out to watch them,” she said.

Honig recalled a situation in which a 2-year-old in a daycare where she was program director was left home alone with a 5-year-old sibling while their mother went out to a store. The next day, the 2-year-old had unusual scratches on her back.

“I talked to the mother, quietly and calmly, and asked her never to leave a little one in charge of just a 2-year-old ever again, this was too young an age, and that I’d really appreciate it if this never happened again, and it didn’t,” she said.

Eleven-year-old Alec Kinne says his favorite activity while his parents are away is playing video games. When his older sister, Hannah, is in charge, though, she tries to make sure he does his work before he plays. “I’m like, ‘Alec you have to do your work, you have to do it’ because I want to be able to be trusted and to be able to stay at home.”

Hannah and Alec’s relationship is fairly harmonious, according to them. “She asks me if I need help with anything, and I tell her I can help her,” Alec said. But what if your children do not have each other’s backs like these two do?

“If you have two siblings who, when they grow up, might be great buddies, but right now one is jealous of the other or they do fight a lot or they wrestle a lot,” then leaving them by themselves at home is not a good idea, Honig said.

Age, maturity level, and sibling relationships may all be in place. However, if you have not gone over safety rules with your child, those other factors may not matter. One of Honig’s friends was asleep one morning when his 6-year-old grandson woke up and decided he was hungry for bacon.

“He had opened the fridge, taken it out, put it in a pan and turned the heat way up,” she recalled. When the grandfather came downstairs, there were flames shooting up from the stove. “That child had never been talked to about safety issues with cooking.”

Honig also recommends that parents teach their children what to say when they answer the phone. “Like not picking up the phone when somebody’s not home and saying ‘Oh, my mommy and daddy aren’t here.’ That’s the last thing you want a kid to say.” 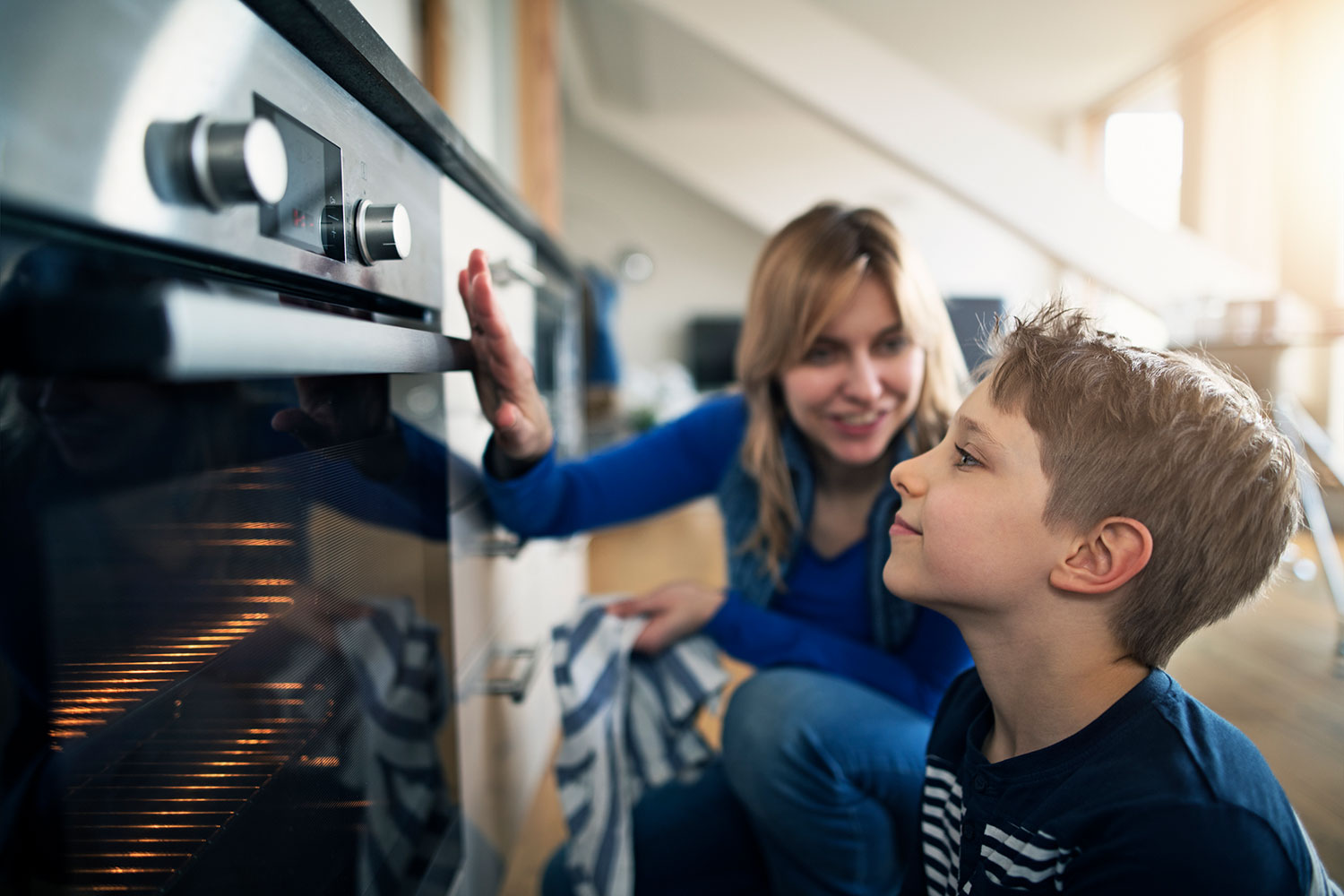 There are additional factors to keep in mind as well.

Anxiety levels. Is your child fearful about being alone? “If your child is very, very anxious, this is not a good thing to do in today’s world,” Honig cautioned.

Parent and child trust. Understand how much your child trusts that what you tell her is accurate. If you have set rules that are reasonable, easy to follow and well-explained, you have built trust. If you exaggerate danger levels or make threats about what will happen if she doesn’t follow the rules, you may be undermining her belief in your trustworthiness.

Curiosity and creativity levels. Your child may be a budding scientist who enjoys mixing household liquids, or has figured out how to unlock even the most secure door by coming up with a creative contraption. You’ll want to consider how likely such an experiment will happen while you’re away.

If you have questions concerning actual child neglect or the guide-lines under which Child Protective Services and Social Services operate, you can find more information online on the New York State Office of Children and Family Services website. This is a link to its Frequently Asked Questions page: ocfs.ny.gov/main/cps/faqs.asp