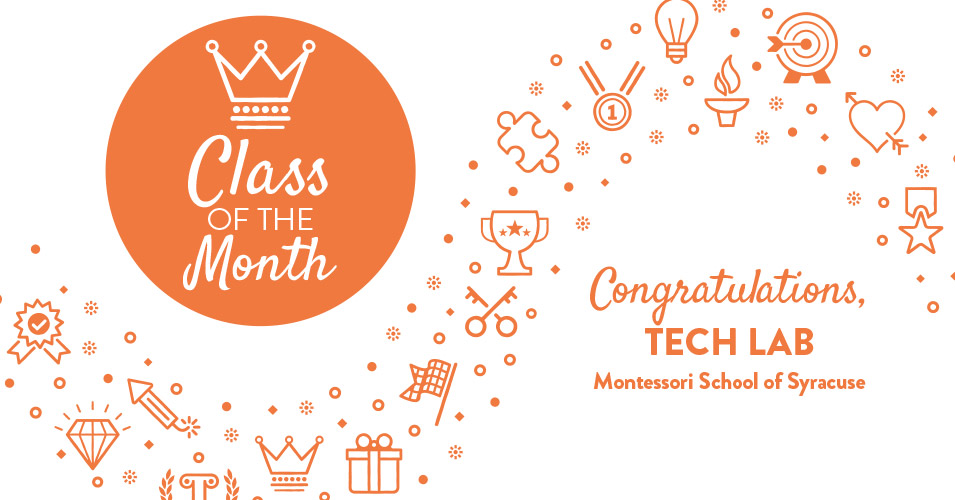 The March 2019 Family Times Class of the Month is the Tech Lab from Montessori School of Syracuse. The students build computers and learn programming.

I have learned many things in Tech Lab, including how to make a basic website in HTML, and coding music in Sonic Pi. 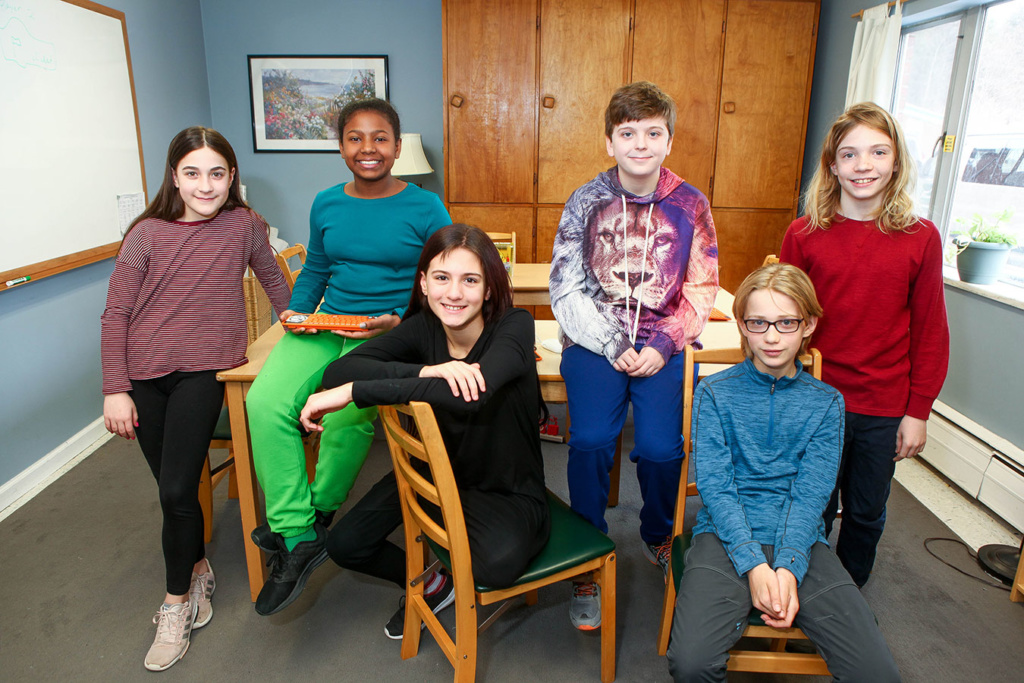 At Montessori School of Syracuse, fourth-, fifth- and sixth-graders take Tech Lab once a week. The class, taught by Will Cary, is intended to give students a chance to understand and program computers. It’s called a “lab” (short for laboratory) to communicate that it’s a class for hands-on learning.

The first thing the students in Tech Lab do is make their own computers using Raspberry Pi kits; this teaches them all the parts of the computer and what each part does. Other projects this year have focused on programming.

The sixth-grade students (pictured on these pages) have accomplished a lot this school year. In Make Pong, they programmed the ball’s size, color, speed and other features. Other projects have involved coding a timer with an alarm; making a dice game that generates random numbers; and creating a true/false quiz that tracks correct answers and provides a percentage score when completed. Cary has been impressed with his students, who, he says, “surprise me with their cleverness and creativity. They constantly add their own flair to class projects, which demonstrate a deep understanding of the tools at hand as well as impressive initiative.”

My favorite is the first class where we built our own computers. 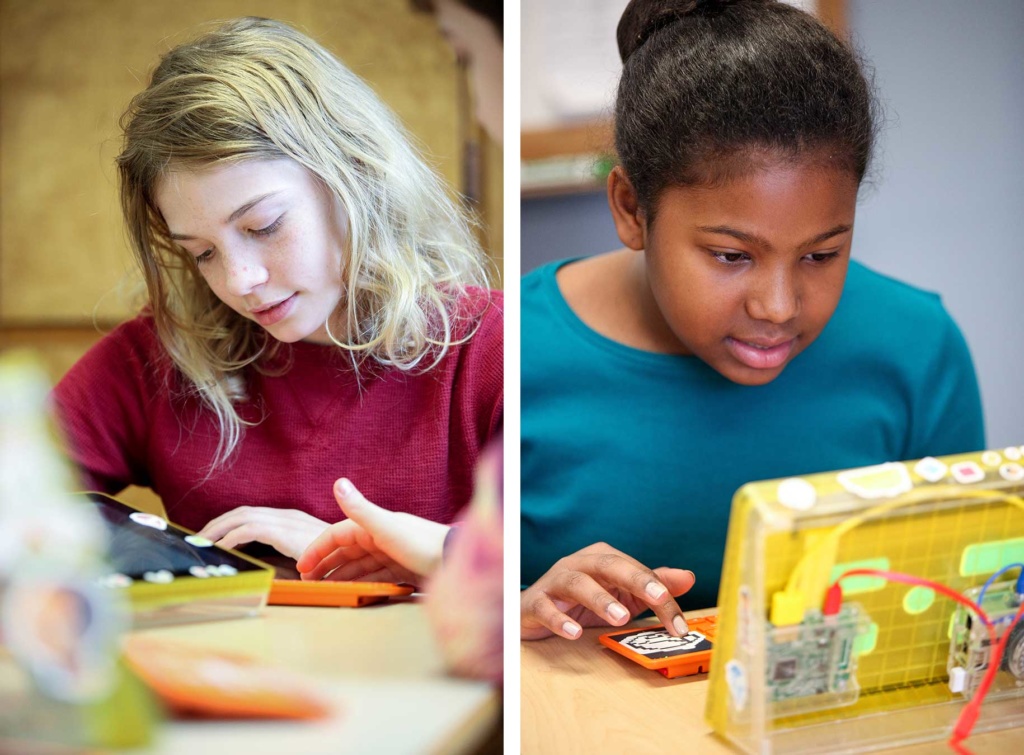 Left: Mitchell Rovit uses a Raspberry Pi computer to code. “My favorite session of Tech Lab was Scratch,” he said. (Scratch is a drag-and-drop programming language developed by MIT.) Right: Marielle Emmanuel says that you can take the class without knowing “everything about coding.” Michael Davis photos

If another student was starting a (Tech Lab) class I would tell them, ‘Don’t worry, it’s not too hard and you’re going to have tons of FUN! 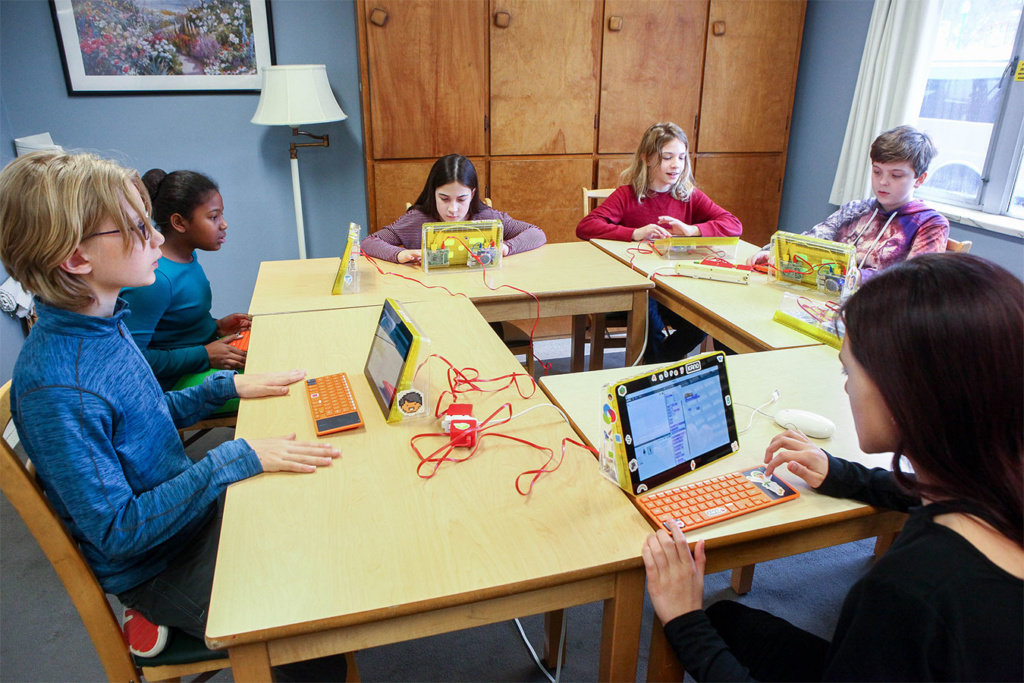 The Tech Lab class was offered for the first time in 2017-18, when a teacher decided Montessori students needed direct experience of programming and computers. Michael Davis photo