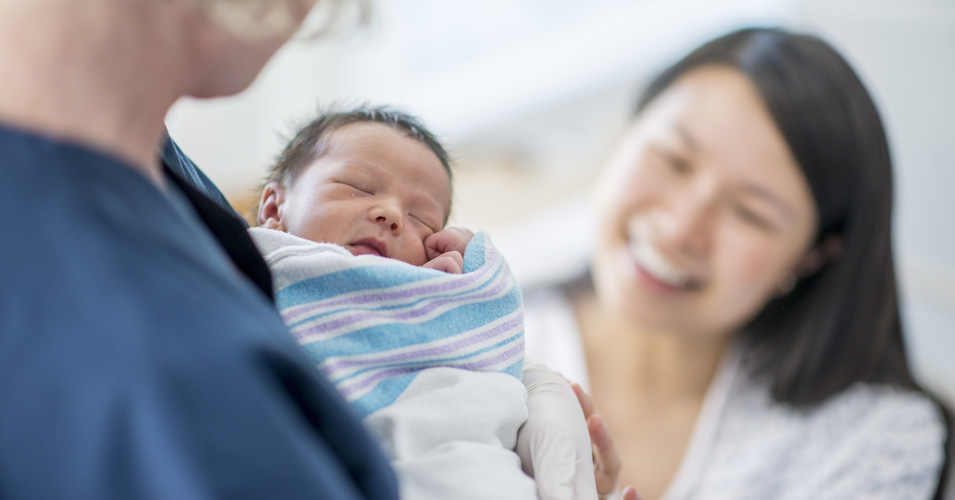 Groups and websites that discourage immunizations are fueling a movement away from vaccines through scare tactics and misleading stories. Like a dangerous version of the game Telephone, social media helps spread misinformation. As a result, fewer children are receiving preventative care and the protection it conveys.

Jonathan Chai is a Yale graduate, neonatologist, and director of the neonatal intensive care nursery at St. Joseph’s Hospital. He works exclusively with newborn care and has noticed parents declining vaccinations and other care for their children in Syracuse.

“We’ve seen an increasing refusal of immunizations and standard preventative treatment. It’s been increasing over the last few years,” he says. “Now it’s almost every month.”

He is referring to vitamin K injections, erythromycin eye ointment and the hepatitis B vaccine. Those parents tell him they’ve done their research, he says. But where is this research coming from and what is it telling parents?

As a mom and nurse, I’m here to dispel myths so parents can make informed decisions for their newborn baby’s health.

It is a New York State law for all newborns to get the vitamin K shot shortly after birth.

Lynne Ponto is the nurse manager of the mother-baby unit at St. Joseph’s Hospital. She has been in this specialty for 32 years and has seen more parents declining this intervention. The parents are most often concerned about the pain of the injection. “They don’t want their baby in pain, and their minds are sometimes made up when they come in. Our job is to educate, so we try to give information and reinforce what they’ve learned during pregnancy.”

Vitamin K is given in a quick injection in a baby’s thigh. This vitamin, which helps blood clot, is essential to prevent vitamin K deficiency bleeding (also referred to as VKDB).

Chai says bleeding can happen later—sometimes spontaneously—up to a month or two after birth. All babies are born with low levels of vitamin K during the first few months of life, so refusing the shot is like playing Russian roulette with your child.

I’m very lucky my boys received this. We were unaware they had hemophilia, a bleeding disorder where their blood is lacking a piece of the clotting process. Without this vitamin it could have been disastrous.

Though the likelihood of VKDB is low, Chai points out there have been cases in Tennessee and England in babies whose parents refused the treatment. Yes, infants do receive some forms of immunity from the mother either during pregnancy or from breastmilk. Vitamin K is the exception.

“We have an 82 to 83 percent breastfeeding rate,” Ponto reports. But since vitamin K is not passed from the mother to the child, breastfed babies are at risk for deficiency. The vitamin K in infant formula is insufficient and poorly absorbed. Those against immunizations suspect an association with cancer such as leukemia, yet there is no evidence for a link.

Erythromycin is an antibiotic ointment so it doesn’t cause infections but treats them. It is given to prevent the spread of venereal diseases such as chlamydia and gonorrhea. Even if a mother is free of diseases the baby is still at risk for neonatal conjunctivitis. Its clinical name is ophthalmia neonatorum, or ON, and it can cause eye damage or even blindness. According to ChildrensMd.org, ON can happen quickly. ON can also be caused by bacteria in the environment such or even a plugged tear duct. Once ophthalmia neonatorum is diagnosed, treatment involves a hospital stay and intravenous antibiotics.

Application of erythromycin has long since replaced silver nitrate, a potentially toxic and corrosive substance used decades ago. I’ve had erythromycin ointment at one time or another. It doesn’t sting and the blurriness lasts only a short time. 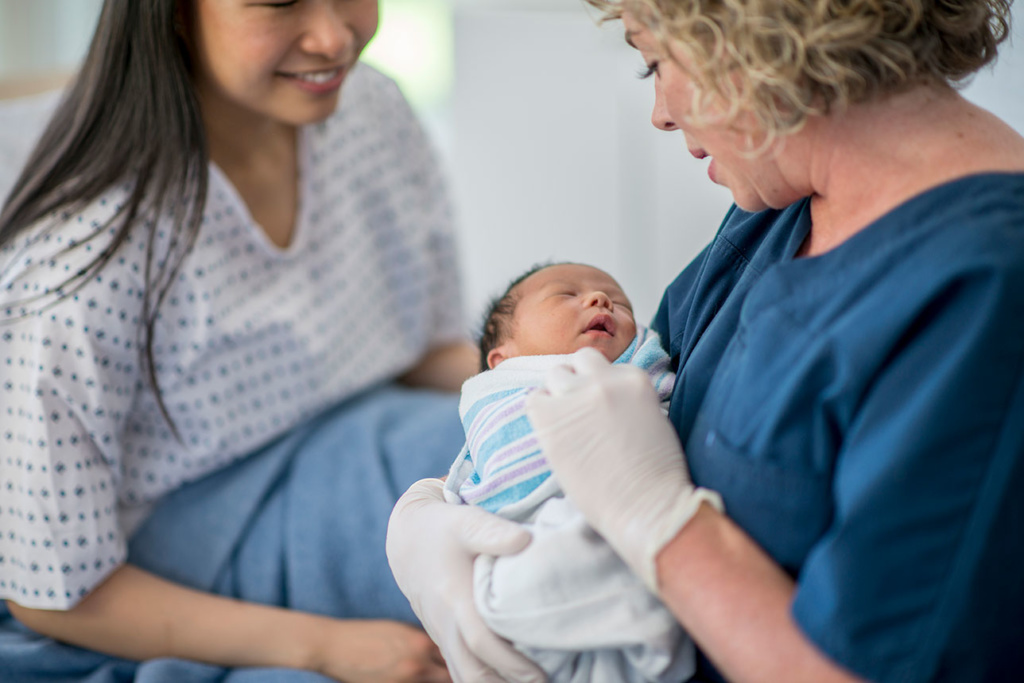 Some parents fear the blurriness can interfere with bonding. But a baby’s vision is not perfect after birth, and they can still recognize their mother through their sense of smell and hearing. (And you can always have the application of the ointment deferred until you’ve had some skin-to-skin time.)

The hepatitis B vaccine is the only actual immunization for a newborn. It also creates the most concern, which can then trickle down to all the other immunizations a baby will need to get in his lifetime. Parents’ fears range from believing it’s a live virus to questioning compounds in the vaccine.

Hepatitis B is a disease that is spread by contact with blood or other body fluids from an infected person. Complications involve liver infection and liver failure. In a nutshell, we are unable to live without our liver. Mothers are routinely tested for hep B, but other people who can come into contact with the baby are not.

Ponto says, “We have guidelines regarding immunity, but (it is unclear) how long one is immune for.” Some people are unaware they are infected. Hep B can also exist on everyday items. Even if there is no blood present, objects can be contaminated with the virus, where it can live for a week or more. Because of this, Chai recommends babies get this immunization within the first 12 hours after birth. It is also especially important for everyone, from grandparents to siblings, to be up to date on their vaccines, especially when around newborns.

The hepatitis B shot is not a live virus. According to the U.S. National Library of Medicine (medlineplus.gov), the only vaccines available that are made from a live virus are the MMR and chickenpox vaccine. The MMR (for measles, mumps and rubella) vaccine isn’t suggested until the child is 1 year old, when his immune system is strong enough to build immunity from weakened versions of diseases.

Adjuvants, or ingredients added to vaccines, have changed drastically from our parents’ day. This is also the area with the most controversy. Preservatives were added to vaccines in the 1930s to prevent bacterial or fungal contamination when each vial was accessed several times by different needles. In 1997 it was found that children received levels of mercury (through the compound thimerosal, which contains mercury) in immunizations that were higher than recommended, even though it was still no more than the Food and Drug Administration’s limits.

Immunization is important for our community as much as the individual. Herd immunity is when a high percentage of the population is resistant to contagious diseases. We’ve relied on this to eradicate those viruses that kill or seriously harm us.

Small pox is the only disease that has been completely wiped out through immunization, according to the World Health Organization. Many other dangerous diseases were being eradicated, but the lack of infection has made the public complacent. Believing the unfamiliar diseases are no longer a threat, many people have chosen to forego vaccines. This current trend is unsafe, especially with recent and local outbreaks such as the mumps at Syracuse University in 2017.

Chai concurs. “If rates of vaccination decline we’ll certainly see the re-emergence of previously rare diseases.” Those who are very young and very old have immune systems that are too compromised to fight off these viruses. Ponto asks that parents “educate themselves with evidence-based articles and speak to your doctor. Trust the medical community. We love your children just as much as you do.”

The Tale of the Very Bad Back: When my body sent me an unwelcome message
Beat the Super Lice: How to overcome a hair-raising problem
To Top