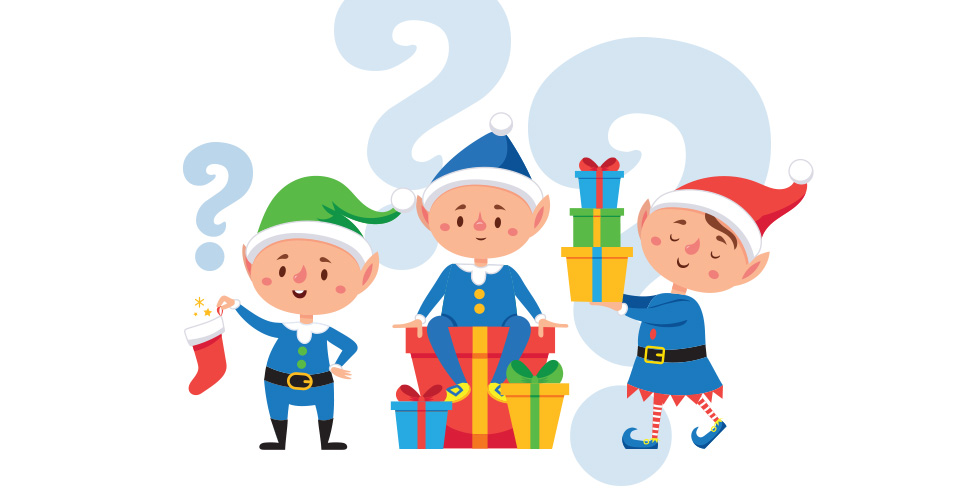 Years ago, I bought a Christmas present for a coworker, a book I knew she would enjoy. Our friendship was loosely defined and I hadn’t considered how I might be overstepping the bounds of our relationship.

“Oh, I didn’t think to get you anything,” she said, tearing uneasily into the wrapping paper. The social protocol for unreciprocated gift-giving is vague, at best.

“Well, it’s the thought that counts,” I said, hoping some levity might ease the awkward moment. It didn’t.

We’ve all heard this expression about how the thought involved matters more than the gift itself. We’ve repeated it silently in our heads while opening novelty socks in front of the gift giver. We’ve said it out loud to comfort a friend lamenting the buckets of driveway sealer they found tied up in a bow.

No one ever says “It’s the thought that counts” immediately after getting tickets to Europe or keys to a new Mercedes. Instead, the expression has become a consolation prize, not to mention a suggestion of some failure on the part of the gift giver.

But does anyone ever stop to consider what it means? The “thought” put into a gift can be a responsibility fraught with meaning. If you’re like me, a single trip to the mall is enough to bring out the fruitcake in you.

Related: Planning a Birthday Party: Tips and tricks for a successful celebration

See, every gift conveys a sentiment. The ideal gift captures that sentiment without also sending an unintended message. Bath oil beads are luxurious but might be too intimate for your daughter’s gymnastics coach, possibly interpreted as “I question your hygiene.” And a furnace filter for your spouse might not be considered romantic, despite your solicitude about her dust allergies. Don’t even get me started on bathroom scales, wrinkle cream and spray-on hair.

Generally, if you wouldn’t want to open it, assume that no one else would either. This same reasoning can be applied to gifts for children. If you give a drum set to someone’s child this Christmas, expect an ant farm in retaliation next year.

Gift selection is a combination of science and art. You must extract what you know of the recipient’s likes and dislikes, calculate a price range based on your relationship, and then translate all that into a present that will elicit joy. You also have to find it, wrap it, and deliver it by Dec. 24. The deadline means that sometimes the gift will come from the heart, and sometimes it will come from a gas station.

Suppose your aunt has four cats, a coffee addiction and a weakness for zombie movies. Somewhere out there is a mug displaying an undead cat meowing. The caption might read, “Do you have to kill zombie cats nine times?” That could be a well-spent $12. Or that mug might spend two decades gathering dust in the back of a cupboard.

Christmas lore depicts shopping of the past as having been much simpler. The naughty and nice lists were divided between sugarplums and coal, with few options in between. Today, in a matter of seconds, you can Google, charge and FedEx everything from bikini-clad garden gnomes to personalized toilet paper. I’m not suggesting that you should bestow either of those items. I’m just saying you could, which means that there are millions of potential ways for shopping to go wrong. (No pressure.)

I’m only ever assured of a delighted reaction when I’m picking out something for my dog. There’s just one condition: Can it be chewed? Humans rarely come with such a precise criterion for gift satisfaction. Sure, we love opening gifts. But—almost as much—we love opening gift receipts.

Small children make the process easier, and perhaps we can all learn from them. They are happy to write extensive lists, either because Santa requires it or because they have found one too many sweaters under the tree. Each year, my daughter details her wants on festive paper and then emails a copy to prospective shoppers. This was especially helpful in her early teen years, when her priorities matured without warning. The crossover from Legos to Lululemon was instant and unexpected.

The adults in my family are also encouraged to remove the guesswork. The savvier of us elves appreciate the Amazon wish list, which allows anyone to store a gift registry online for others to browse. Purchased items disappear to eliminate duplicates. Some consider lists to be cheating, but they are intended to help limit Christmas morning shock. Your sister might actually want rain boots and a bagel slicer, not the hamster you were considering. In fact, no one wants a surprise hamster.

But everyone wants food! Edibles have been the standard backup plan ever since Hickory Farms became a seasonal favorite. Who doesn’t want their stocking stuffed with assorted meats and cheeses? We all have to eat, right?

Before you load up your cart with chocolate and liquor, however, consider that you might actually be giving someone the challenge of finishing all those treats before New Year’s Day when their resolutions kick in. Not every family will embrace a six-day cookie tin marathon the way mine does.

If all else fails, there are gift cards, the offering that says “I’m not sure what you wanted, but at least I know where you shop.” Or cash—it’s like a gift card to the world! Grandparents can get away with this, but the rest of us know that handing over a few bucks does not count as shopping, even if your ATM is in the mall.

Remember, ’tis the season for holiday stress, so try not to get your tinsel in a tangle. The perfect gifts are out there somewhere, but finding them may take some effort. Unless you plan to put on a fake beard and let everyone sit on  your lap, you are simply going to have to put some thought into this. And, well, it’s the thought that counts.

Holiday merrymaking ensues in downtown Syracuse with tree lighting (photos)
Ditching High School: How I graduated early and saved my sanity
To Top