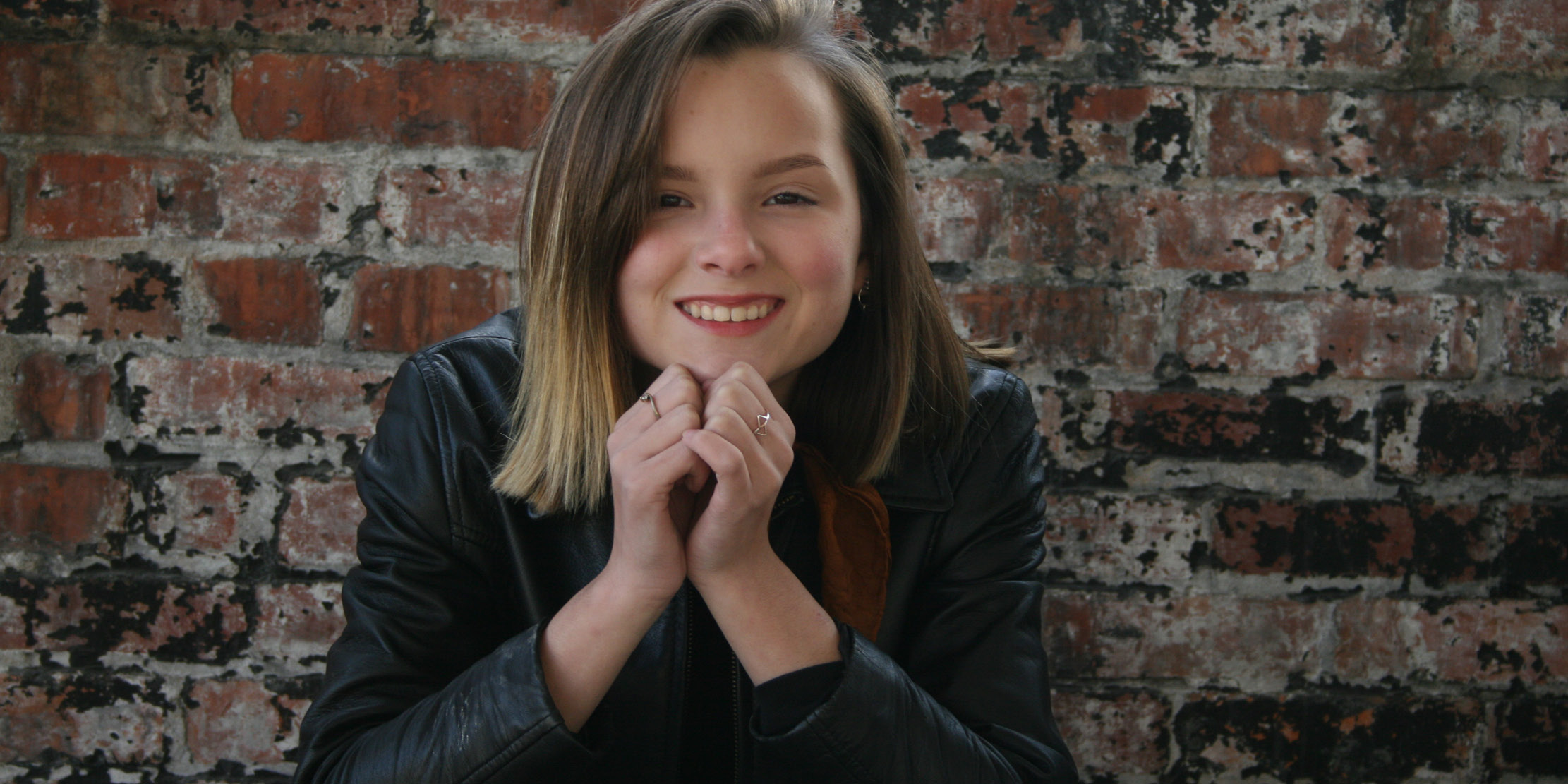 Singer-songwriter Sera Bullis stepped into the Syracuse spotlight this year when her EP The Road to Marcellus won Best Pop in the 2018 Syracuse Area Music Awards (Sammys), and she was awarded the Brian Bourke Best New Artist Award.

Bullis began putting lyrics to her music around age 10 (when she also sang at the U.S. Tennis Open) after a few years of piano lessons. Her first musical performance came when she was 12, opening for folk singer Cheryl Wheeler at the Auburn Public Theater with a starting collection of original pieces. She has gone on to pen more than 30 songs, with one—“Way With Words”—winning the 15-year-old West Genesee high schooler second place in the 2017 International Songwriting Competition. Nearly 16,000 entries were read and ranked by a panel of judges, which included the likes of Lorde, Ziggy Marley and Bastille.

In addition, local audiences might remember her from her role as Scout in Syracuse Stage’s To Kill a Mockingbird in 2016. She won a best supporting actress SALT (Syracuse Area Local Theater) Award for her performance.

Bullis will make an upcoming appearance as the headliner of the June 21 Leon Festival at Onondaga Lake Park in Liverpool. She spoke with Family Times about balancing school and music, and more. (This interview has been edited and condensed.)

You got into music at an early age. Can you talk a bit about how you got on this path and what sparked your interest in music?

Sera Bullis: I’ve always been interested in music. My parents are really musical, and they sort of introduced my sister and I to it at an early age. So it was always with me, and as I got older it grew as I did. And here I am today.

What would you say is your favorite part about making music?

SB: It would either be how I feel when I sing and think about the songs, or it would be how my songs make other people feel. I love when other people feel something about my music, and it’s fun to see how they interpret the pieces.

Do you remember what one of your earliest songs was about?

SB: One of the very first songs that I remember was called “I Miss You, Rue.” That was when my cat, Rue, died and I wrote her that song.

Lyrics was another thing I wanted to touch on.  Are there any specific areas you draw inspiration from for your songs?

It’s usually from experiences—either mine, or friends’ and family members’ experiences. Or even if I’m watching a TV show and there’s a certain interesting situation, then I can kind of use that and write a song about it.

Did you ever take music classes, or was it mainly self-taught?

SB: When I was 7 I started piano lessons, but then we moved and I had to drop them. I haven’t had any other classes really since then. It’s mainly been self-taught. With guitar, I was on-again off-again from the age of about 11 or 12, and when we moved I again had to stop seeing my teacher. I just picked that up again with lessons recently. The ukulele I just bought to have fun with. I’ve had different vocal teachers here and there. I have cello lessons in school—I just started playing that last year.

Do you have any particular show or performance that was special to you?

SB: My album release party at Funk ’N Waffles was great, because everyone I knew was there at the same time. It was weird but also really cool. I had people from school, people from past shows, people from rock camp, my dad’s coworkers, my sister, cousins. It was like everyone from different parts of my life came together in one room; it was like the worlds were colliding.

You are in high school, but you also have this budding musical career. Is it ever difficult to juggle both of those lifestyles?

SB: Sometimes. But if I’m doing a show or something, I’ll either bring homework with me to do during the down time, or a book to read. But I usually do most of my homework while I’m at school, and if there’s ever a complication my teachers are usually understanding about it. I’m on high honor roll, so it’s going pretty good. I have a good balance between school and music.

What do your friends think of your music?

SB: They’re all pretty supportive. One of my friends is my biggest fan ever: She came to my album release party, and she’s always playing my songs at school. They all love it and listen to my stuff on Spotify.

How do your parents fit in?

SB: My whole family—my mom, dad and my sister—we’re like a team. My sister took my album photos, and she took multiple pictures for my website. My parents help out with finding gigs and jobs. And then when we have to go to the shows, everyone helps with bringing equipment.

You are pretty young for a musician who has begun to win these different accolades. Has anyone ever commented about your age?

SB: Yeah, of course. There’s never really been negative things, other than online. People online have said, “You’re too young, you need to wait until you’re older.” But most people understand that you need to start at a young age because it takes a long time before you can really break in and before people actually start noticing you.

Do you think you’d want to try making music a career long-term?

SB: Definitely. That’s where I’m headed. One of my songs, “Way with Words,” won second place in the teen category in the International Songwriting Competition, and one of the prizes you get is a free scholarship to a summer school out in California in LA. It’s one week long, so my family is going out for two weeks for vacation, too, and we’re hoping while we’re out there we can get my music out there more. We already booked some gigs. I’m just trying to spread my music everywhere.