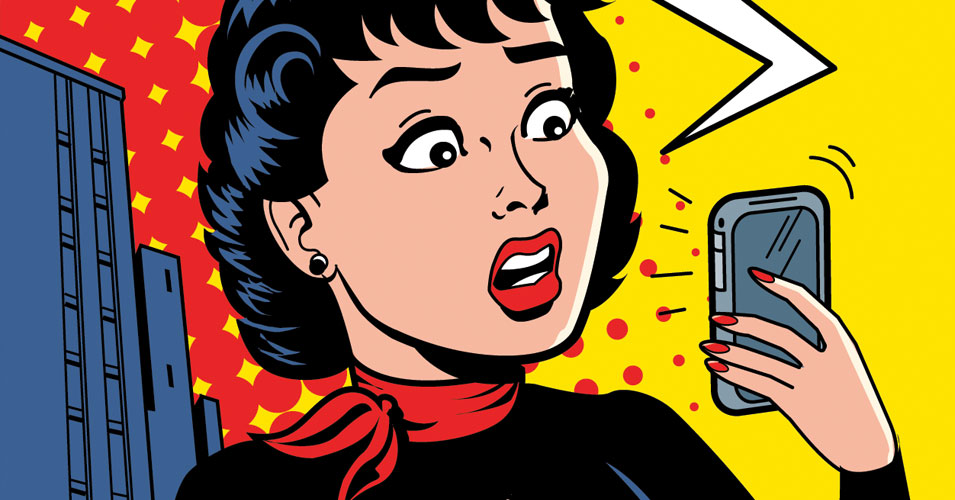 “What did he do now?” asked the parent who picked up the phone call from school.

My sister Jennifer Tarolli, a high school English/special education teacher, heard this before she could even explain the reason for her call.

“I had phoned this parent to let her know what a terrific job her son was doing on his homework,” Jennifer told me.

She wondered why the parent immediately thought something bad had happened.

Parents of students with challenges have walked in those shoes. It is where our heads immediately go the minute we see that dreaded school phone number on our phones during the academic day.

I have been there too many times to count. Here’s one:

I had just stepped into the shower, my phone just outside the glass door. I saw the number, and it was the school. Soaking wet and with a knot in my stomach, I answered the call.

“Mrs. Cavanagh, we have a situation. While Amanda was out on the playground for recess she decided to climb up to the top of the rope structure and now is refusing to come down. The teaching assistant with her is unable to climb up and we are not sure what to do. We tried having her classroom teacher talk to her. We also had the gym teacher come out. Nothing is working. We are not sure if she knows how to come down and recess ended 20 minutes ago.”

I stood in my bathroom and thought, “What exactly do you want me to do at this moment?”

My daughter, Amanda, has Down syndrome. When she was in school she qualified for special education services, and one of those services was a teaching assistant with her at all times.

Amanda was also crafty enough to figure out ways to challenge that adult. One way, apparently, was to climb up where she could not be reached, and then sit like Rapunzel in her tower.

Over the years I tried to meet each phone call from school with the spirit of collaboration. I truly wanted to help Amanda move forward with her day of learning. I was thankful the school felt comfortable enough to contact me.

And while “in the moment of the behavior” calls were frustrating, the “end of the day” calls were even worse.

I would be sitting in the pickup line thinking “we” had made it through all “our” classes, working hard and being happy. And then the phone would ring.

“Mrs. Cavanagh, I just wanted to let you know Amanda would not cooperate in cooking today. She was asked repeatedly to put on her apron and leave her hair alone but she refused. Because of this we are sending home the recipe so she can try doing it tonight. Can you speak to her about this, please?”

It’s not that I didn’t want to have that conversation with her, but trying to get Amanda to discuss a past event and explain why she behaved a certain way is impossible. The moment has passed and she has moved on. I did try, often wanting to bang my head into the steering wheel—and no answers were ever found as to why she wouldn’t just put her stupid apron on and cook.

Amanda had wonderful and creative professionals working with her. Most times they came up with solutions to redirect without having to involve me.

When they did call though, they had reached the end of their rope and were hoping I could save the day. How I wish I had a magic wand and could make their wish come true.

I never discussed “the call” with Amanda’s teachers or support people while she was in school. In retrospect, I wish I had. Maybe if we had brainstormed before situations arose, when we had calm heads and clear minds, we would have been more effective in the face of the challenges.

We could have had a checklist before the call was made.

I would have suggested giving Amanda enough time to work through the situation herself. This is hard to do during the school day when time is so structured. But sometimes Amanda just needed a moment. And if you gave it to her instead of pushing her, she moved forward on her own.

I would have given them a list of known triggers to watch for and connect with certain behaviors. Amanda did not like it if another student was upset. She hated loud noises, items falling, anything breaking or spilling. Any of these situations happening could cause her to shut down. Creating a list of strategies based on known triggers would have helped reduce unhappy phone conversations.

I would have asked that teachers note if Amanda was being presented with a “non-preferred” activity when she became resistant. Or if the person making the request was someone Amanda had had conflicts with in the past. It might not have been what was being asked but how it was being presented and by whom. Could adjustments be made?

Some behaviors cannot be changed. Why beat a dead horse? There should be acceptable alternatives to tasks that are not necessary. Amanda hated going outside for gym when the weather was not to her liking. If it was windy, chilly or threatening rain, she had no desire. By senior year I had given up. How could I explain to her that in 40-degree Manlius weather, she had to suit up and go walk around the track outside to be timed? It just wasn’t going to happen. And I couldn’t blame her. Maybe reading in the library was a better use of everyone’s time in the grand scheme of things.

Finally I should have let Amanda’s team know how appreciative I was of every positive communication I received throughout the school year. I have saved every “I want to tell you what Amanda did today” email. We all want our child appreciated for what he or she accomplishes. Small successes relayed in the moment stay warm in our hearts and minds forever. I bet that mom my sister called holds onto that memory and has shared it with others.

And just in case you were wondering: The minute young Princess Rapunzel Amanda perched in her tower got a glimpse of her still-damp-from-the-shower, hairy-eyeball-projecting mommy heading toward her that day on the playground, she climbed down and skedaddled into school without a backward glance.

It isn’t magic, just the right motivation. And every now and then it does come down to Mom.

Having Angelman Syndrome: One family struggles with a son’s genetic disorder
Nature skills teach young people about the Earth — and themselves
To Top