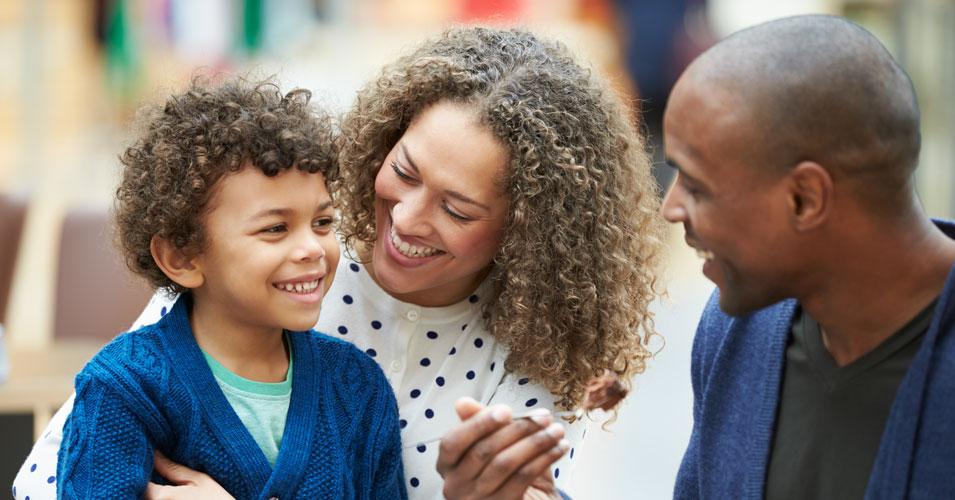 Everyone needs a break from the stressors of daily life. Sometimes, however, that time off requires help from someone else. For parents of children with developmental disabilities, the idea of taking a pause can be particularly daunting. But it can be done, with the help of publicly funded family support programs.

Camillus resident Leanne Morphet’s son, Zachary, 11, was diagnosed at age 2 with autism, by which he is profoundly affected. In addition to being nonverbal, he wrestles with other medical conditions, such as ADHD, or attention deficit hyperactivity disorder. Leanne and her husband also have a 13-year-old daughter in middle school.

The family began using respite care a few years ago through Casey’s Place, a site-based provider operated by Elmcrest Children’s Center. Zachary goes weekly on Tuesdays after school as well as during school breaks. He doesn’t like crowds, so taking him to the mall or another popular site for kids would be too stressful.

“If we didn’t have Casey’s Place, he would be like anybody would be, he gets cabin fever. He goes a little crazy without being able to have that place to go,” Morphet says.

It’s also a time for her to recharge. “When I have to go back in and take care of him, I have my wits about me. I’m not feeling tired. I just had that mental break.”

The amount of care for people with severe developmental disabilities is huge. Zachary, for instance, needs 24/7 supervision. “He has to be within our line of sight all the time,” Morphet says. “That’s a pretty intense, energy-expending level of care you have to give, so to have (respite) is really great. I want to be the best I can be for him. It helps me to do that.”

Zachary recently stayed at Casey’s Place for the first time overnight. Morphet and her husband took the opportunity to spend time with their daughter, taking her to the mall and out for a meal. “All eyes were on her for a change,” she says. “We talked to her about her life and gave her the attention she certainly deserves.”

Numerous nonprofit agencies throughout Onondaga County, in coordination with the New York State Office for People With Developmental Disabilities, offer respite care in a variety of forms. These range from in-home and away-from-home care, to overnights, weekend getaways and reimbursements for privately hired caregivers.

To obtain such services, however, there is a process. Depending on variables such as needs and availability, it can be a long, tedious and frustrating journey. In the end, though, it is worth the time, effort and perseverance, as Morphet can attest.

“Although (Zachary) was eligible for respite when he was younger, we didn’t access actual respite until a few years ago,” she says. “This was due to getting on approved lists, then finding providers, and administrative issues.”

Doreen Wall, of Brewerton, had a similar delay due to the approval process and wait lists. Her son, Nicholas, now 14, was 11 years old when he began receiving respite care through Exceptional Family Resources in Syracuse. Nicholas was diagnosed with fetal alcohol syndrome as an infant. He is cognitively impaired and has sensory issues. Doreen and her husband fostered him when he was 14 months old, and adopted him at age 4.

“It’s worth the wait and perseverance,” says Wall, who commends the EFR staff for its support and response to requests and concerns. Nicholas now receives respite care on Thursdays and every other Saturday. The care workers pick him up from home and have fun activities planned and geared toward his own preferences.

For instance, Nicholas loves school buses, his mother says, so one of the care workers would find ways to interest him through that. They’d drive by the school bus garage or visit places that housed buses or trucks. She once brought him to see a helicopter. For Nicholas, the routine is now expected and anticipated. “He knows when they’re coming and he really looks forward to it.”

And respite for the rest of the Wall family? They used to clean the house of paper piles and magazine stacks that Nicholas collected and clung to from the grocery store. “When he’d go to respite, we’d say, ‘Quick, let’s throw everything out!’” Wall says with a little laugh, noting he never missed the mess upon his return. These days, they take advantage of respite to spend time with their other adopted son, Alex, 13, Nicholas’ biological brother. “Now it’s Alex’s time.”

To gain information on the eligibility process, families are advised to contact the Front Door program through OPWDD. Front Door gives an initial introduction to the process. An informational session gives families the opportunity to learn about the supports and services available and how to access them.

Once the person has OPWDD eligibility, he will be referred to an agency that provides Medicaid service coordination to start the application process for the Medicaid Home and Community-Based Services (HCBS) Waiver, commonly referred to as just the “Medicaid waiver.”

The Medicaid waiver is not income-qualified, rather, it’s based on disability and is required across the board by agencies that provide services for people with developmental disabilities that require OPWDD eligibility. Not all programs require this waiver, but most do.

Medicaid service coordinators are the hand-holders, so to speak. They support families by providing information, answering questions, evaluating needs, finding suitable programs, providing oversight and advocacy. They are also the people who place applicant names on waiting lists for respite care.

“Agencies can only take on certain case loads so it’s up to (MSCs) to put you on these lists,” Leanne Morphet says. “MSCs will know what agencies currently have available. . . and you can tell your MSC to put your name on multiple lists and take what’s first available.”

For instance, Doreen Wall uses Advocates, Inc., for Medicaid Service Coordination, but all her son’s services come through EFR. “(Our) MSC said, ‘We can arrange respite hours for you as soon as we have an opening, so whatever agency has a first opening, we will take,’ she said. “EFR had respite hours available. So that’s how we (arrived) there.”

Danger Ahead! What to tell our kids about the hazards of life
Having Angelman Syndrome: One family struggles with a son’s genetic disorder
To Top