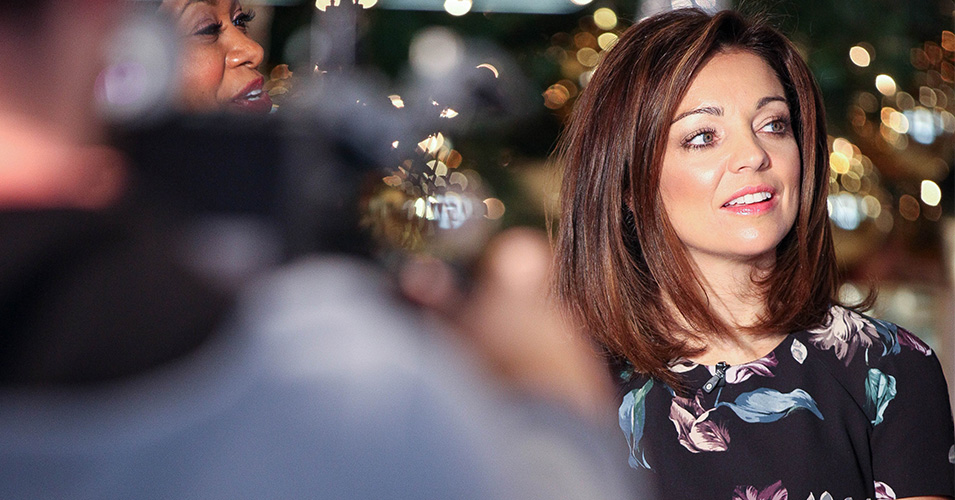 It’s a little after 5 a.m. on a weekday when I roll over and swing my legs to the end of my king-size bed. Most days I follow the light of my iPhone to silence the alarm. All I’m thinking is “Don’t wake the little ones.” Like most mornings, I share the bed with my 4-year-old daughter.

For the last year and half, most of my mornings have begun like this. Managing two children during the early hours is something I’ve grown used to — but I never imagined doing it on my own.

Nearly two years ago, my life began to fall apart. What I thought I had was nearly nonexistent and what was left was beginning to fall apart. From the outside looking in, one would think I had it all: a husband, two children and a house in a quaint little village. But in February 2016 my life came crashing down on me with the collapse of my marriage. In September of that same year things reached their tipping point and we officially separated. I became a member of the single mom club, and it was a club I wanted no part of.

Silently, I carried on. I continued to care for my children and work full time, and I began to navigate my new reality. The early days brought fear and embarrassment, along with disappointment in myself over the failure of my marriage. Still, I got up, got dressed and went to work like I had every other day. 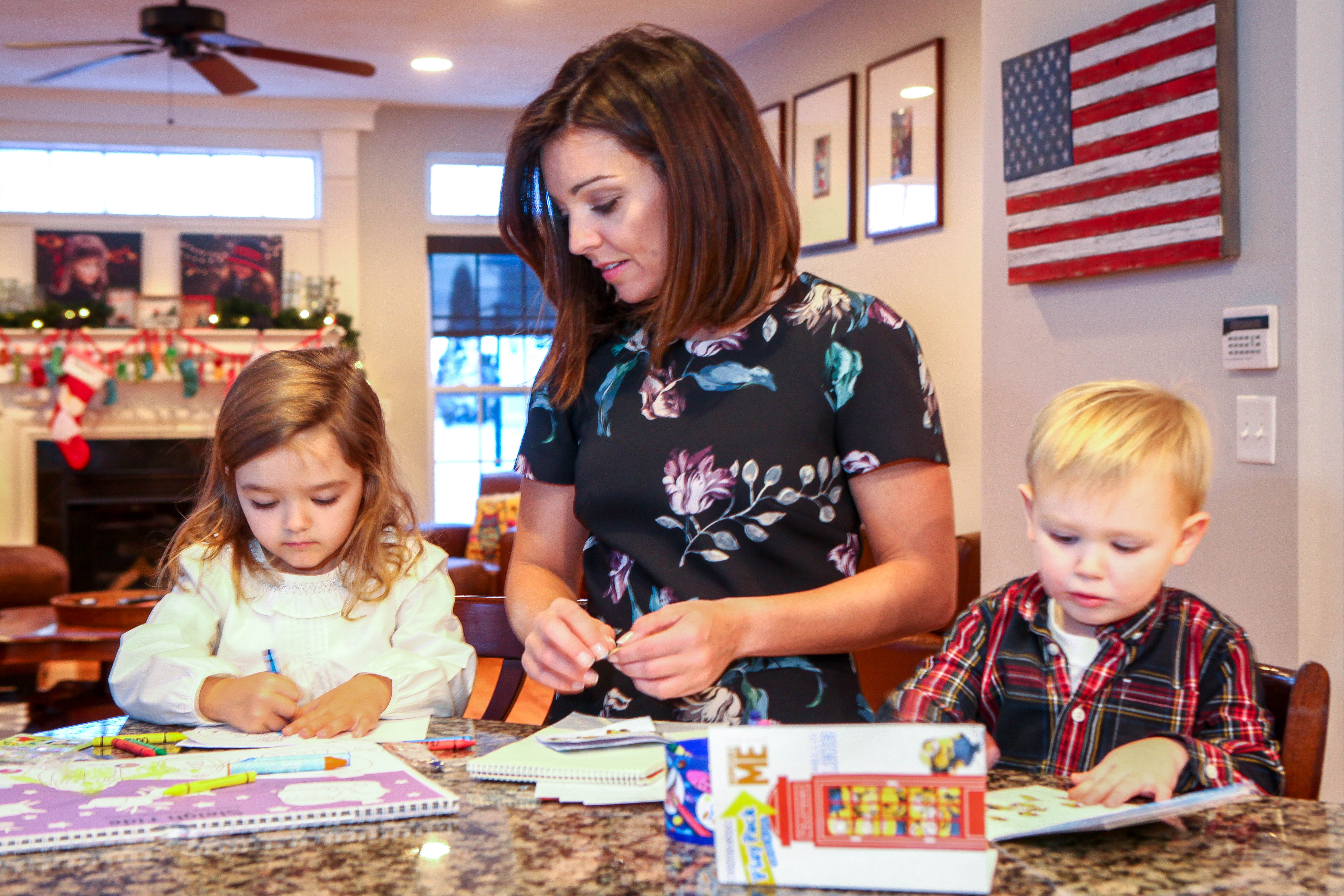 Sistina and her children, Harper and Eddie, at home working on a craft. (Michael Davis/Family Times Magazine) 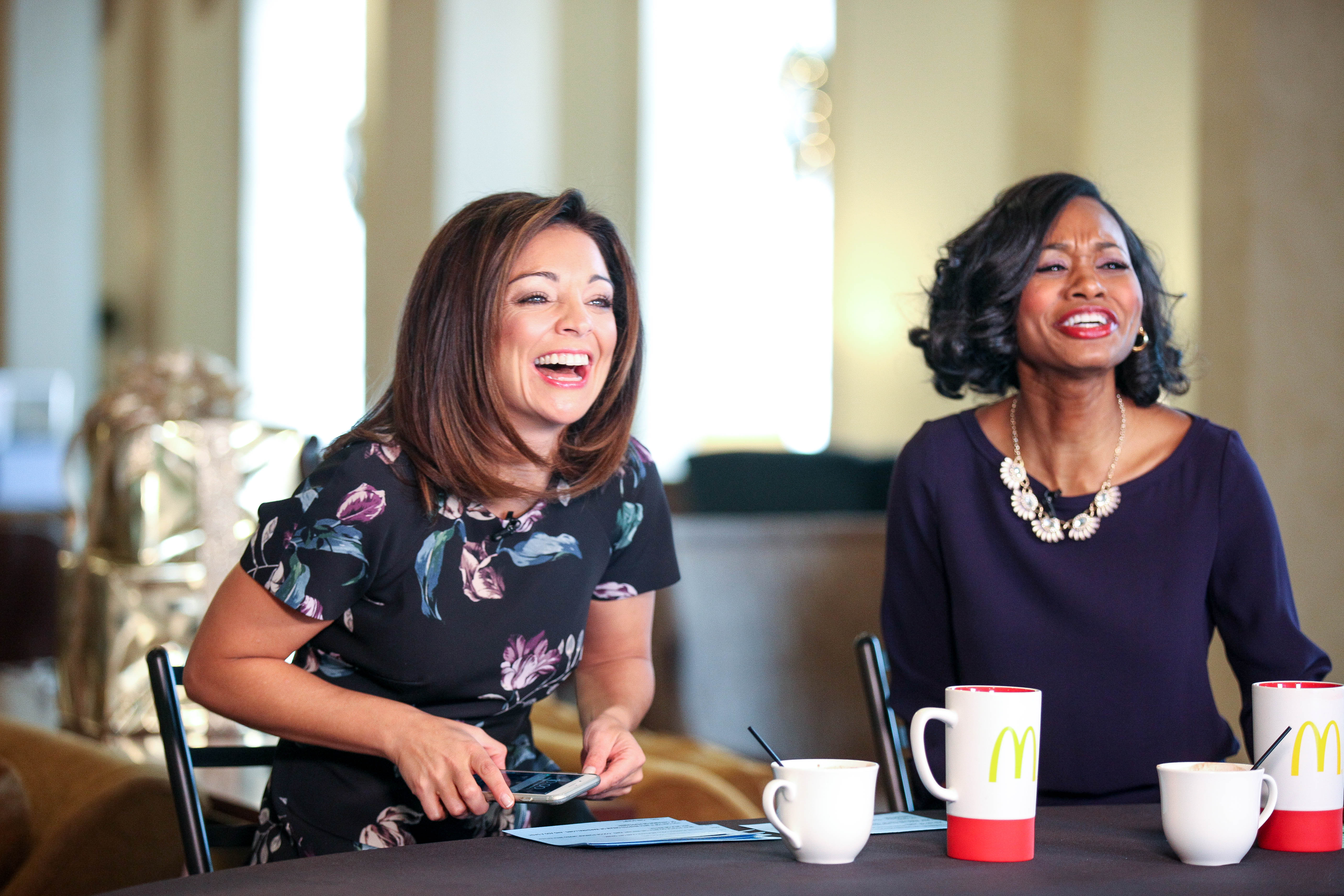 With children, every day is different, but this is what it’s like lately: Most nights my daughter Harper starts in her bed. Some hours later I’ll hear the sounds of her little feet. I wake up with her warm body snuggled next to me. Her feet are almost always somewhere near my face, and the covers are twisted and crumpled.

And, yes, I’ve read the books and heard the stories, but the reality is I need sleep and so does she. Most nights I find solace knowing that her late-night check-ins won’t last forever.

After the 5 a.m. alarm, once the mad reach for my phone ends, the tiptoe to the bathroom begins, and so does my day.

I am used to getting up at this hour because my early mornings started long before I had children. Early-morning waitress jobs in Manhattan, early-morning runs in grad school, followed by beat-reporting assignments in Syracuse, and most recently early-morning TV makeup and hair prep.

Getting up when I do gives me an hour to be camera- and mom-ready by 6. This routine has been a constant in my life, along with the daily demands of working as the co-host of WYSR-Channel 9’s Bridge Street.

Once I’ve showered and dried my hair, I crouch in front of the full-length mirror in my walk-in closet to put on my makeup. (I’m a makeup artist, hairstylist and fashion coordinator all in one.) In an hour, my hair is in the giant multi-colored rollers that I wear on my drive to work, and I’m dressed in my favorite workout gear. My clothes are pressed and ready to go, and I nearly make it out of the bedroom before I hear the sound of one child or both.

I try to be out the door by 7, always hoping for a quick handoff to my nanny. It almost never goes according to plan. Most days I’m inundated with “huggies and kissies” before I can make it to my car. I don’t know where that phrase came from, but both kids have adopted it and use it to their advantage.

Harper can be strong willed and almost always has me coming back for more hugs. Eddie gets them with his sweet little voice and the glisten in his eyes. Every once in a while there’s a tantrum, and that’s hard. But more often than not I somehow find a way to slip out.

Over the last year there have been a few nannies, and our latest hire started less than a month ago.

Choosing the right care for your children can be challenging, but I’m thankful I have the choice.

We’re still in the early days of Sarah tending to the kids.

While I’m at work, I usually get text messages and photos of what they’re up to. Eddie, now 2 years old, and Harper both attend pre-school to give them some semblance of a routine. For a few hours, three days a week, they spend time in the classroom, and our nanny makes sure they get there. Their days are generally busy with fun kid stuff, from walking to the park to heading to the library. Finding someone who would engage both kids was important. And I’ve tried very hard to ensure that each person they’ve been with has done that.

By 5 p.m. I’m on my way home, and I’m almost always met with more love than I can imagine every day. Just when I think they couldn’t be any more excited, my garage door slams and Eddie is up on his feet hollering, “Mom, you came back!”

Being a mom is hard. Being a working mom is harder. Being a single working mom is the hardest, and doing it while caring for two tiny humans who rely on you so completely can be daunting. But I love what I do, and I love my children more. Somehow we all make it work.

I’m lucky in many ways. Though I have no family here — my parents and closest relatives are in Ontario, Canada, where I grew up — I’ve gotten love and support from friends, neighbors and co-workers. Each day, while I’m booking guests, writing scripts and interviewing people on the show, Sarah is feeding Harper and Eddie, playing with them and filling their brains with all kinds of adventure, real and imaginary. And I get to hear about it when I get home.

I never completely understood it when other women would say it takes a village until I realized just how important friends are — especially when the support system you relied on has broken down. Becoming a single mother was a wake-up call and a great awakening at the same time.

And I’ve learned a lot — like that our choices and circumstances don’t define us. In fact, how we handle each situation and move forward can make even our most miserable circumstances miraculous. I still carry fear, anxiety and some guilt. I also carry hope that one day my daughter and son will look at me and know that I did the very best with what came my way.

Several months back, around June, my then-3-year-old answered some questions about her dad for a Father’s Day craft. The words were on a simple worksheet on a plain white piece of paper, but they really struck me. In answer to the statement “My dad is my hero …” she said “because he’s strong like my mom.” Parents often can’t tell if they’re doing the right things, especially amid the flurry of a busy public work life like mine. But if in the eyes of my children I am a hero, then I know I’ve done my job.

Making room for ‘Rainbow Babies’: Balancing grief and hope
Salad Days: A young adult gets a bigger taste of independence
To Top