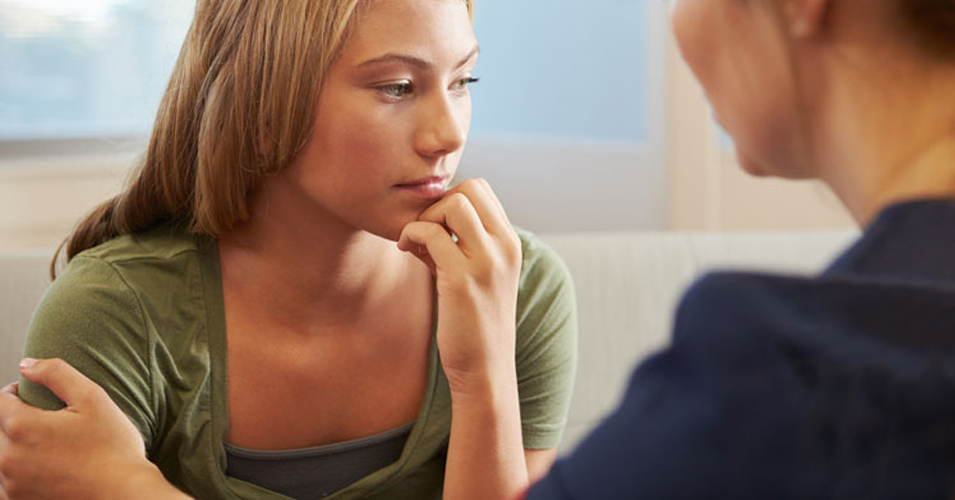 Suicide is the second-leading cause of death for ages 15 to 24, according to the CDC. Know the signs, and start a conversation about mental health today.

Cheryl Giarrusso is no fan of the Netflix series 13 Reasons Why, and she’s not happy a second season is planned for release in 2018. The series tells the story of high school student Hannah Baker’s suicide through the 13 cassette tapes she left behind.

“It glorifies the whole notion of suicide,” said Giarrusso, crisis intervention services director at Contact Community Services. “It’s too glammed up. It gives people the wrong idea that you can be responsible for a person taking his own life.”

Many educators and mental health experts share Giarrusso’s concerns about the series, which is a fictional account based on a novel. Suicide is tragic, not brave, experts say. The show fails to show adults responding appropriately to Hannah’s urges to hurt herself, they add.

As concerns about the series emerged, school districts nationwide released letters to parents with information about preventing and talking about suicide. The National Association of School Psychologists issued guidelines for discussing the show with children, and Suicide Awareness Voices of Education (SAVE, which has a Central New York chapter), released a set of talking points. Critics and fans of the controversial series do agree on one thing: It’s healthy to talk about suicide.

Daniel Reidenberg, a psychologist and SAVE’s executive director, urged producers not to release 13 Reasons Why, arguing that it did not discuss suicide in a helpful way. But he concedes its popularity illustrates the frequency with which suicide appears in culture and media. “There’s immense attention around suicide,” he said. “It is in the public eye. It is in entertainment and news more than ever.”

“Sometimes we see changes and signs that something is wrong but don’t ask the question.” — Cheryl Giarrusso

As other current examples, he pointed to the deaths by suicide of rock musicians Chris Cornell and Chester Bennington; the case of Michelle Carter, convicted of involuntary manslaughter in the suicide of her teenage boyfriend; and the Blue Whale game, an online challenge thought to encourage young people to kill themselves.

“It’s important that people educate themselves,” said Giarrusso, who manages Contact’s 24-hour hotline and Crisis Chat. Contact is a backup call center for the National Suicide Prevention Lifeline. The agency also provides training for teachers, staff and students to encourage appropriate conversations and intervention if someone exhibits suicidal behavior or the community experiences a suicide.

Reidenberg would like discussions to include more than drama and controversy, though. “Suicide is preventable,” he said. “It is a real public health crisis, but there are things we can do to prevent it. It’s clear young people are exposed to it, so it’s important to talk about it.”

Although stigma about mental health and suicide remain, “there are more conversations about it in the last 10 to 20 years,” Reidenberg said. “Social media and technology have changed and influenced young people and everyone. In that sense, there’s more communication and dialogue.”

There’s a flip side to technology, Giarrusso noted. “Bullying can be a precipitating factor (to suicide),” she said. “It’s not just at school anymore. It’s on your phone and computer. You can feel so hopeless and helpless.”

Contact has trained students in grades 9 to 12 in some local schools. “The main push is to get them to identify a trusted adult,” Giarrusso said. “We tell them, ‘This is too big an issue for you.’”

Trainers tell young people that suicidal feelings are not contagious, she said. And while mental illness is complex (serotonin levels in the brain are thought to be connected with depression), Giarrusso describes depression in simpler terms: “Can you fix a broken heart? A broken heart can lead to a broken brain.”

Increasing openness about sexuality is often a related topic, she said, noting that LGBTQ people experience higher rates of suicide. But, she added, “Everyone is at risk.” The common denominator is a person saying, “I have no reason to live and no one to take care of me,” she said.

Parents, caregivers, teachers and coaches need to watch for “any changes in behavior,” such as increased or decreased sleeping, weight change or changes in hygiene. “The changes don’t have to be striking to warrant a conversation,” Giarrusso said.

Contact trains teachers to recognize the signs and “get students to guidance or someone who is going to take a second look and ask the suicide question,” she said.

People may miss, dismiss or avoid warning signs of suicide, she added. “It may not be on your radar,” she said. “You may dismiss it because you think only a certain type of person would behave that way. Sometimes we see changes and signs that something is wrong but don’t ask the question.”

Should a family or community experience a suicide, talk about it, Reidenberg said. “You use different language with younger kids,” he explained. “It’s important parents know it’s OK to have these conversations.”

With younger children, it may not be appropriate to use the word “suicide,” Reidenberg said. “Be careful or thoughtful so you don’t frighten them. You need to make them understand these illnesses happen in the head. If people get a headache, they get something to help. That’s a very easy way to engage children.”

There’s no wrong thing to say to a person exhibiting warning signs of suicide, Giarrusso said. “It’s about having a conversation, showing your concern, being genuine. Know your limits. You don’t have to be an expert. If you’re fearful of having the conversation, call us. We’ll talk to you as long as you need.”

Reasons to Get Involved

September is National Suicide Prevention Awareness Month. Here are some common signs to be aware of and ways to respond if you see them.

High-risk Pregnancy: Our triplets story begins with bed rest
How Eyes See: Optometry practice has a focus on developmental vision care
To Top