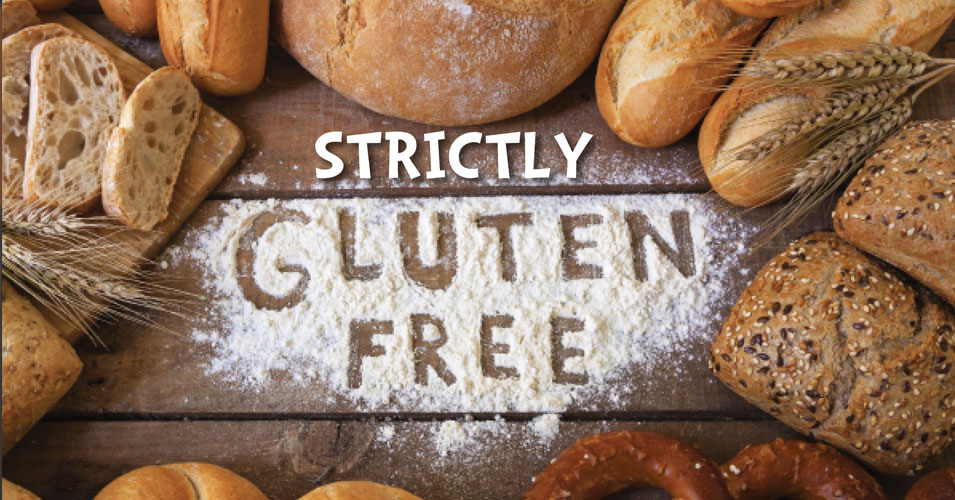 So much has changed since Karen Dorazio’s daughter, Mary, was diagnosed with celiac disease 17 years ago. While grocers, restaurant workers and the general public appear to be aware of the increasing demand for gluten-free foods, there is still so much more they need to learn.

“Put it this way,” Dorazio says. “We don’t need to bring the main entrée with us anymore, but we still need to keep a side dish handy.”

At the age of 13 months, Mary experienced severe bouts of sickness. This continued for two months despite a continued diet of bland foods like crackers and toast. Pediatricians initially diagnosed the problem as toddler diarrhea, and then investigated whether it could be cystic fibrosis. By chance, Dorazio had found out that she had a hereditary connection to celiac disease, shared that information with the doctors, and the correct diagnosis was made.

Mother and child were sent home with a thin pamphlet about treating celiac disease and a list of ingredients to use when cooking.

“I was lost,” Dorazio says, “and did a whole lot of crying.”

Celiac disease is a condition where even tiny traces of gluten, a protein commonly found in wheat and other cereal grains, trigger an autoimmune reaction that flattens the villi lining the small intestine. In turn, the gluten that becomes stagnant in the small intestine can cause bloating, gas, diarrhea, constipation, and even osteoporosis. Continued damage to the immune system caused by exposure to gluten can result in chronic fatigue, skin problems, liver damage, neurological problems, diabetes and various types of cancer.

“My daughters are never left out. The culture has shifted.” — Melissa Menon

Fast-forward to 2017. Dorazio, who chairs the Central New York Celiac Support Group’s walk-a-thon fundraising event scheduled for April 30 at Jamesville Beach Park, is thrilled to point out widespread accommodations that didn’t exist at the turn of the millennium. There are gluten-free sections in big and small grocery stores, and some of the larger supermarket chains have a general labeling system (big “G,” for example) for gluten-free products throughout their stores. Many restaurants offer gluten-free meals. There is an abundance of helpful information on the internet, and awareness of the disorder is improving.

Still, Dorazio cautioned, overzealous marketing can put those with celiac disease at risk. She points out the recent antics of a national pizza chain.

“They advertised a gluten-free pizza,” the DeWitt resident says. “But it was made in the same area where there was flour, there were not separate utensils, and the guy making it had flour on his apron. With pizza, there’s still a long way to go.”

For the time being, Mary might stash a baked potato in her mother’s purse before they head out to a popular steakhouse, and she usually brings her own salad dressing to any restaurant. “It’s still not good enough just to take their word for it,” Dorazio says.

Melissa Menon, of Lyncourt, had her first dealings with celiac disease 15 years ago. She was diagnosed in 2002, while in college. Her twin 10-year-old daughters, Caroline and Myra, also have it. When the girls were little, there were far fewer gluten-free products, and most of those items were expensive. In recent years the variety of cheaper store-brand products has grown, and Menon has learned which foods are inherently gluten-free, including potatoes, rice, corn, fruits, vegetables and non-processed meat products. “I kind of super-simplified my diet,” she says.

Many ethnic dishes are inherently gluten-free, offering an opportunity for kids to try new things and learn about other cultures. For Indian food, there are meat or vegetable dishes that include curries, rice and yogurt. Popular foods from Southeastern Asia (Thai and Vietnamese) also have many naturally gluten-free options. There are also plenty of choices with Mexican (avoid the tortillas, though) and Eastern European foods, which often feature meat and potatoes. As for Chinese and Japanese foods, Menon says, beware of soy sauce, which is typically fermented with wheat. But the nice thing about Chinese food is some places have gluten-free soy sauce, and with wok cooking there shouldn’t be any residue from gluten products.

Menon is thrilled with the support her daughters get from the school nurse, teachers and other families. When it comes to events and celebrations featuring snacks and desserts, “My daughters are never left out. The culture has shifted.”

She is teaching her daughters how to be assertive. At a snack bar, they might ask if the deep fryer is used for anything other than French fries. At restaurants, they will ask whether dressings or sauces are gluten-free, and they are not embarrassed to politely walk out if a server can’t offer them a palatable choice.

“You have to be the person who is always asking,” Menon says. “You feel like a jerk sometimes, but you have to become comfortable with that, and you deserve to be comfortable.”

Mirza Beg, a pediatric gastroenterologist at Upstate University Hospital and a member of CNY Celiac Support Group’s medical board, said the increased awareness of celiac disease has made his job much easier. As celiac is becoming more commonly diagnosed, he has noticed that not all new celiac patients are underdeveloped. Many of them show normal growth and normal body mass indexes, and some are even obese. In the past, obesity was considered a factor for ruling out celiac disease. And not every diagnosis is made after continued bouts with diarrhea. The predominant symptoms can also be iron deficiencies, skin rashes or bad teeth.

“There is better screening and earlier detection,” Beg says. “Families are taking their concerns to the pediatricians more often.”

“Just stopping the bread is not the only way,” Beg says.

But with some research, consultation with a knowledgeable doctor and by working with a support group, parents and others can successfully manage celiac disease. For more information about the CNY Celiac Support Group, visit cnyceliacs.org.

Caring for baby teeth: When should you start taking children to the dentist?
What to do when your child wants to be a vegetarian
To Top