Shake up your holiday traditions this year with children’s books that greet the holidays in a style all their own. These books are not versions of ’Twas the Night Before Christmas, nor do they serve to add to the merchandising of well-known television or movie characters. Each of these books stands on its own as a unique tale, and possibly the beginning of a new holiday tradition for your family.

Dear Santa, Love, Rachel Rosenstein by Amanda Peet and Andrea Troyer speaks to the longing for Christmas sometimes felt by children who celebrate other holidays at this over-the-top time of year. While Rachel makes surreptitious attempts to lure Santa to her house on Christmas, her parents (and Santa) remain steadfast in their respect for her Jewish traditions. The book boasts beautiful watercolor illustrations and a dose of humor, such as the statement, “Jesus was Jewish—at least on his mother’s side.” In the end, Rachel eventually takes solace in the beauty of her own tradition, the company of friends who celebrate Diwali and Chinese New Year, and reaches the end of the book feeling only “a tiny bit bad.” 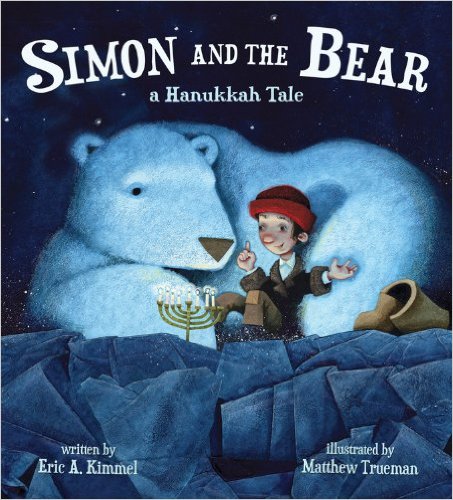 Simon and the Bear: a Hanukkah Tale by Eric Kimmel is a compelling story in which the holiday serves to complement and enhance a narrative that could easily stand on its own. In this story, Simon makes a great sacrifice, expecting nothing in return. Hanukkah miracles, in many forms, arrive one by one, leading to unexpectedly wonderful things for Simon. The picture book is enhanced by beautiful, wintry illustrations by Matthew Trueman. This would make a great gift for any child, Jewish or otherwise. 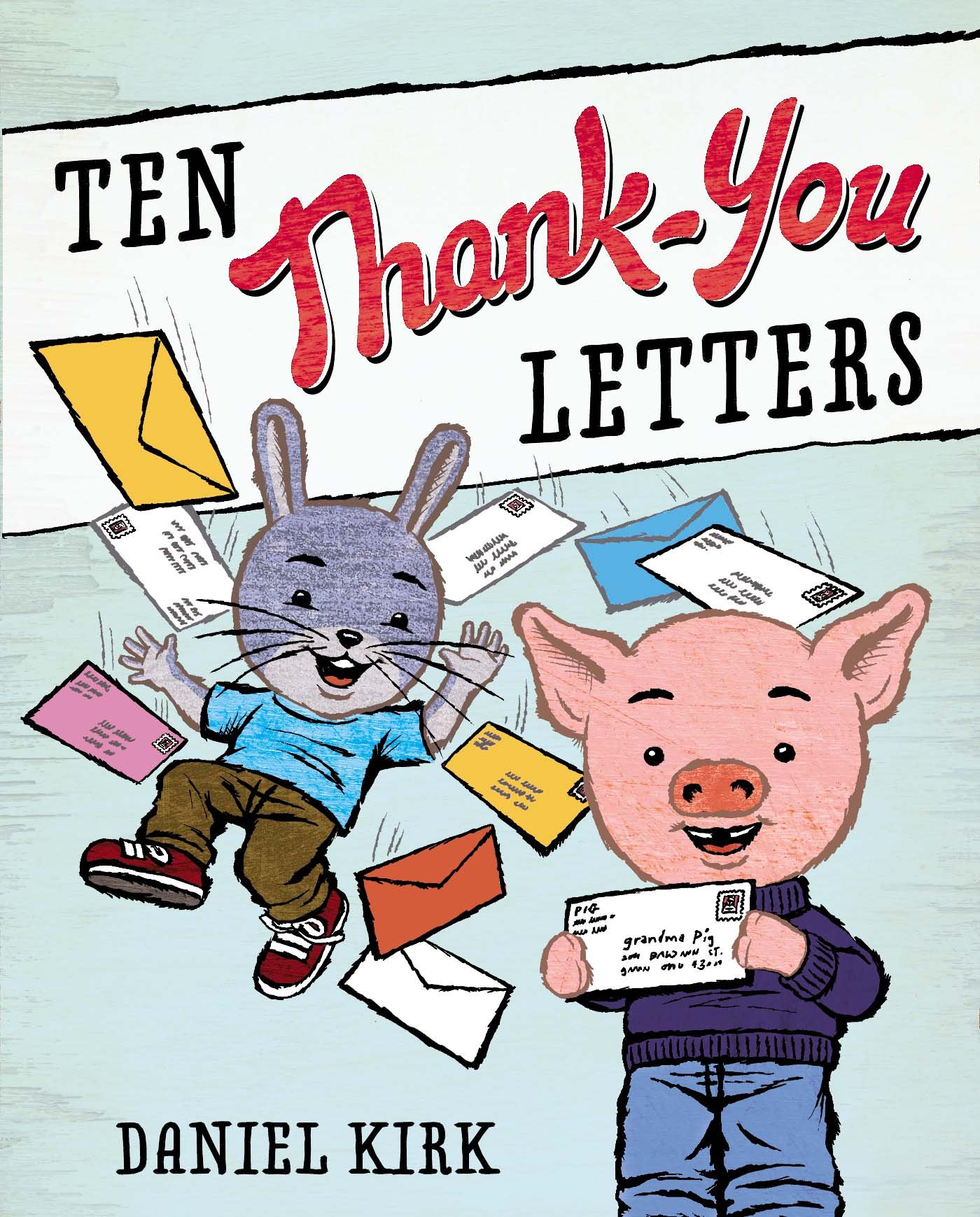 Ten Thank-You Letters by Daniel Kirk is not a holiday book, but if encouragement to express gratitude for the bounty of the season is needed, look no further. This charming tale features one character who is too busy to play because he is writing a long, thoughtful thank-you letter to his grandmother. The other character, initially frustrated by waiting for his friend, decides to write a thank-you note, and thinks of reasons to write many of them, not only for material gifts, but for the wonderful everyday things that most kids (and adults) take for granted. 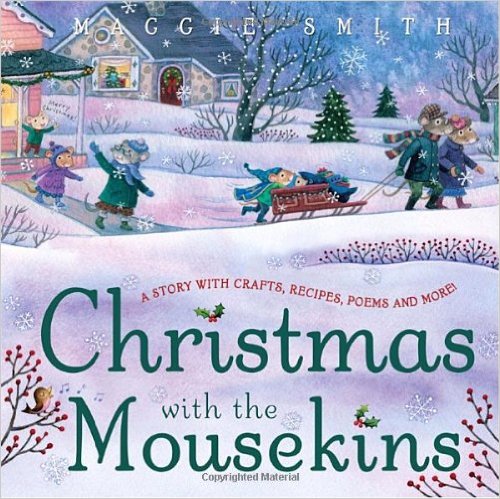 Christmas with the Mousekins by Maggie Smith features a simple story interwoven with poems, rhymes, crafts and recipes drawn from the story itself. This is a great choice to get children involved in hands-on activities, ranging from simple mitten bookmarks to gingerbread mice cookies. The book has an old-fashioned feel, and the story centers on Norman Rockwell-esque holiday traditions: cutting down a tree, making decorations, Christmas caroling, baking cookies and making handmade gifts. If you’re prepared to hear, “Mom, can we try that?” this may be the book you’ve been looking for. 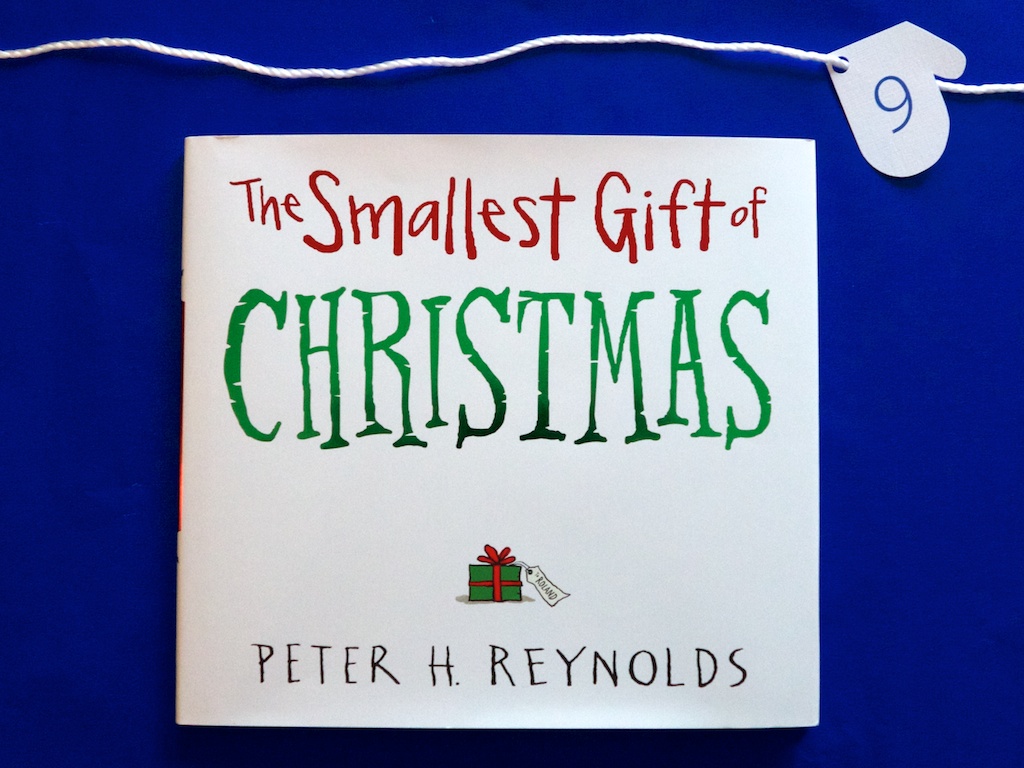 A cautionary tale is the central message in The Smallest Gift of Christmas by Peter H. Reynolds. When Roland wants a bigger gift than those he’s been given, he eventually finds himself on a large rocket ship, looking down at a very small Earth, separated from his home and family. Only then does he begin to appreciate that smaller may in fact be better. 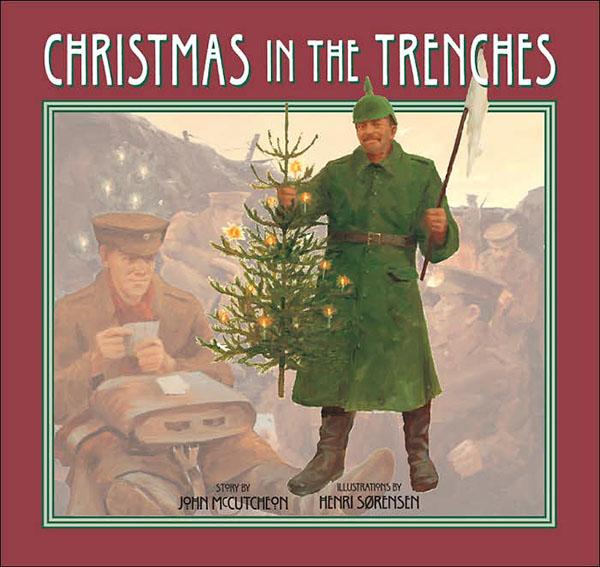 For something entirely different, Christmas in the Trenches by John McCutcheon offers a fictionalized version of the Christmas Truce of 1914. The story is told from the perspective of a character, present at the World War I truce, telling his grandchildren how German and Allied soldiers stopped fighting on Christmas Eve, eventually singing and playing soccer together. The book includes a CD with an audio version of the story, recordings of “Silent Night” and its German translation, “Stille Nacht,” and an original song by the same title as the book. The moving story is accompanied by sepia-toned oil-on-canvas illustrations. Parents should note that guns and cannons are depicted in the opening pages, and there is only one intimation of injury or death, the illustration of two soldiers carrying someone on a litter. The story ends on a speculative note, with soldiers wondering who will make the first move the day after Christmas.

Robert Frost’s poem becomes a book in Stopping by Woods on a Snowy Evening, lavishly illustrated by Susan Jeffers. It’s the perfect choice for a celebration of the Winter Solstice. The illustrations are primarily gray-toned, with color only on the highlighted images of horse, driver and a few other featured drawings. Animals such as rabbits and deer are hidden among the snow-covered trees, providing the opportunity for a game of “I Spy.” This comforting, cozy book is the perfect choice for “the darkest evening of the year.” 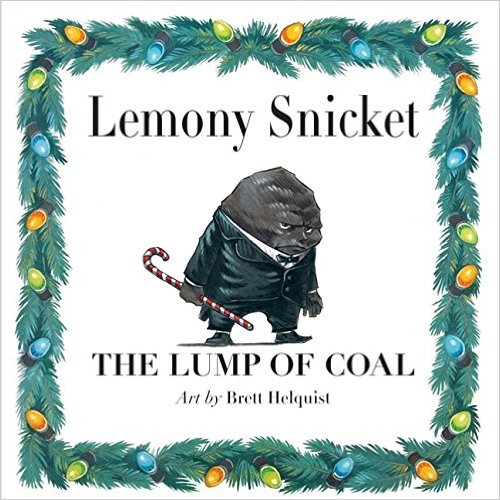 My favorite pick for the holiday season is a rare gem indeed. Sardonically witty author Lemony Snicket (best known for his Series of Unfortunate Events) has crafted a story for the season that resonates with hope and meaning, without even the slightest hint of saccharine. Because of the wit and occasional sarcasm, this book is not ideal for the youngest children, but is well-suited to the 9-and-up set. The Lump of Coal features a main character who is . . . a lump of coal. This lump has hopes for the future, a willingness to settle for less than his ideal, and a nearly indefatigable “try, try again” attitude.

The lump meets with a cast of well-drawn but unpleasant characters on his journey, including an art gallery manager, a faux-Korean restaurateur and a store Santa, each forcing him to continue his quest for something that’s “better than nothing.” The drugstore Santa, exposed as something of a fraud, assures the lump that the real Santa is at the mall, making this a safe choice for believers and non-believers alike.

Eventually the Lump of Coal’s hopes are more than realized, proving the author’s point that “Miracles are like pimples, because once you start looking for them you find more than you ever dreamed you’d see . . .” Hold the acne cream. This one’s a keeper.

Rebounding Adult Children: Kids leave, they come home, they leave again
Out in the World: Eventually, our kids become responsible for their own safety
To Top