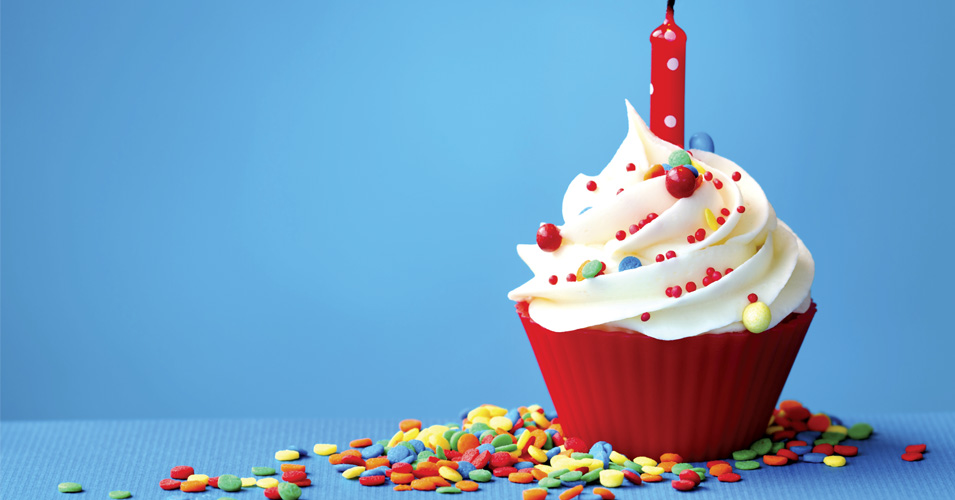 I keenly remember the opening volley in the Birthday Party Battles in my town. It was years ago on a Friday when my older daughter, Jaye, then age 6, bounded off the school bus. “Jenna’s gonna have a bouncy castle at her party tomorrow!” All afternoon Jaye ricocheted off the furniture. Just watching her tired me out. It was just the beginning of more fatigue to come.

After the bouncy castle—a canny bit of one-upmanship for the time—the competition for most impressive birthday party heated up. We threw gymnastics, bowling, miniature golf, mani-pedi, skiing and skating parties. Our kids saw movies; painted pottery; splashed in pools; plummeted down slides; and visited the New York State Fair’s Dairy Barn where, as the host mother put it, they “got to know large mammals.” Another mom devised a Fear Factor party, which involved eating pig’s feet and sweetbreads.

These days a lot of that is old hat (excepting, of course, the consumption of sweetbreads), as parents of younger kids have told me. Bouncy castle parties are common, as are bowling excursions, zoo adventures, museum outings and movie visits.

So I propose we get back to basics. What is the goal of a birthday party? To celebrate the birthday child? Amaze and delight friends? Be the first to book the hottest new thing? Adults over-think things. Fortunately, kids adapt. My daughters learned to play the role of host and figured out the etiquette of hospitality: greet guests, acclimate them to their surroundings, and make sure they’re enjoying themselves.

Crafting a good birthday party is like crafting a good story. Plot out themes. Establish forward momentum and build excitement. Heighten interest by choosing an unusual venue. Be original.

Have more creativity than cash? Your party’s likely to be memorable because it’s different. One year, my husband led a hike at Clark Reservation. After tackling rocky outcroppings, grassy fields, mucky swampland and a steep ascent up a stone staircase, everyone was too exhausted to eat the spread at the shelter.

Another year we threw “The Mall Rat Birthday Bash,” a scavenger/bargain hunt for which each guest received $8 for a shopping spree. We reconvened for pizza and cake in the food court and awarded prizes for best purchases including “Coolest Find” and “Biggest Bang for the Buck.”

Beware of fair-weather friends. After invitations went out for my younger daughter’s 10th-birthday party, a girl who routinely snubbed Em began sitting with her on the bus and at lunch. Guess who got added to the guest list? Of course, a week after the party, that “friend” was history.

Practice inclusion. Whether it’s a friend’s younger sibling, an unpopular classmate or a differently-abled child, making sure every guest feels welcomed—and every activity is appropriate for all—means that nobody sits out in isolation.

Work on manners. Learning to accept gifts graciously (even ones you don’t like) and write thank-you notes establishes habits that become essential lifelong skills.

Learn from bad experiences. In third grade, Jaye attended a children’s theater party that encouraged interaction with its fairy tale character actors. Kids cheered the Princess, booed the Evil Queen, and pelted the villains with plastic balls on cue. Jaye gripped her ball tightly, waiting for the count of three. At the last minute, her ball was snatched away by another child. Too meek to say anything, Jaye held back tears.

Years later, as a teenager Jaye found herself working as an actor with that same children’s theater company. She saw how the ensemble strove to include all children in the small roles onstage. Recalling her own painful shyness, she paid extra attention to the quiet kids, drawing them out so they too could enjoy the spotlight.

Now in her early 20s, Jaye still plays the Princess on occasion. When she does, I watch her bring the birthday child onstage and lead everyone in singing “Happy Birthday.” Children queue up to meet the cast and parents take pictures of their kids hugging my daughter. They don’t know Jaye, but they’ll always remember her.

“Why do you still do it?” I asked her when she signed on for the May and June shows.

“It’s the look on their faces. They’re so excited to be a part of it. They feel special.”

Hearing that, I knew she missed the elaborate parties of her childhood and worried that her own upcoming birthday would be a letdown. But a few days after that conversation, I found her browsing vacation rentals on the Internet. “I’m going to rent a cabin by the lake for my birthday weekend and invite five friends. We’ll do campfires, swimming, s’mores, hiking.” It would be her party, her way, within her budget.

She showed me the cottage she liked best: It was bright yellow, with a screened porch draped with string lights and lanterns—a grown-up version of that bouncy castle.

And I wasn’t needed! No more worrying about details or making sure everyone was OK. I felt like shouting, bouncing off the furniture, fist pumping the air. No more stressful birthday bashes. No more planning. Never, ever, ever again! I never liked them to begin with. Not my own, my kids’ or anyone else’s. I’m shy. Always have been, always will be. No shame here. I’m saying it, loud and proud. My name is Linda. I hate parties. I’m a party pooper.

Mother’s Day Indulgences: Offbeat presents can be the best ones of all
Stealth Health: Kids will love these bean-filled treats, if you don’t tell
To Top